10 of the Most Controversial Tweets From Donald Trump

Former President Donald Trump is best known for his rather outspoken and aggressive demeanor on Twitter. In fact, he is the current president with the most amount of tweets, about 57,000 of them. Unfortunately (or fortunately), he has been long gone and permanently banned from posting on Twitter and Facebook since January 2021 for promoting violence amidst the capitol riots.

Anyways, you probably know who Donald Trump is, so let’s go through 10 of the most hilarious, outrageous, double-take-worthy tweets from the former president.

1. Even Presidents aren’t safe from typos: the notorious covfefe.

If you were on Twitter back in 2017, it was hard to miss Trump’s tweet about the “negative press covfefe" (which we have a sick shirt of, by the way). Though it’s obviously a typo of the word coverage, many still took the opportunity to clown Trump regarding his spelling error—so much so that it was meme’d to oblivion. Numerous merch, a racehorse name, and even the banning of “COVFEFE” as license plates in Georgia. Oh, and how can we forget to mention that he had fallen asleep while composing the tweet. Classic Trump move right there.

To be fair, Trump was cool about it, when 6 hours later, he tweeted that everyone should try to figure out what it really meant. We’re not dumb, Trump. picked up on the beginning of one of your endless Twitter rants about press coverage. You're just gonna get clowned for it either way.

2. His obnoxious claims that President Obama’s birth certificate was fake

Five years before he was president, Trump was already notorious for being loud and hostile towards other political figures on Twitter. One of his favorite targets was President Obama who during that time, Trump would repeatedly antagonize on Twitter and even claim that Obama’s birth certificate is fake. It led to wild conspiracy theories that are still circulating to this day.

3. Casually trying to start WW3 on Twitter by threatening Iran with nuclear strikes 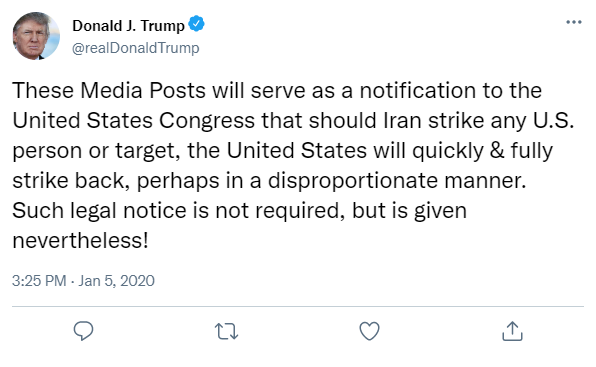 If you ever feel bad for being too emotional on Twitter, just remember that Trump has a habit of casually threatening countries with nuclear war over on the platform. Which—by the way—is a direct violation of Twitter's Terms of Service, and part of what led to him eventually being banned altogether.

4. A racist attempt to manipulate the stock market and economy

Donald Trump is also known for his racist remarks to non-Americans that he would go as far as threatening companies outside of America to pay high border tax or to make their products inside of the USA. 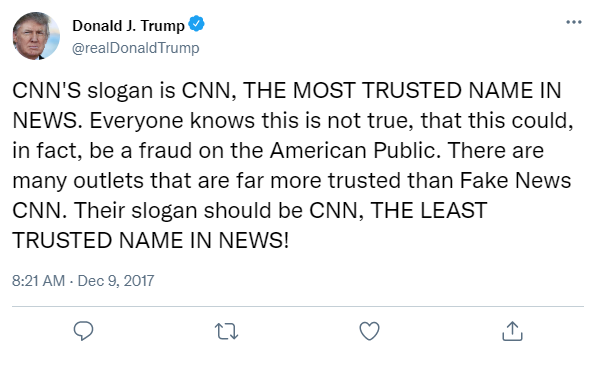 Of course, he also had a shtick for discrediting and being hostile against news outlets like CNN who he often referred to as FNN, or Fraud News Network. Always with the nicknames, this guy.

6. Tweeting about mental stability while being the president with the most tweet count of all time 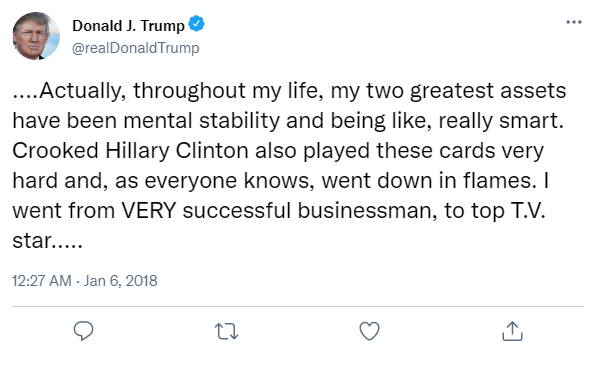 Ah, the irony of claiming to be mentally stable while bullying other countries with the use of nuclear war and annihilation. Yup, he’s definitely stable guys.

Who could ever forget the funniest incident of Trump in 2020? We still don’t know how and why his team ended up there, but sources have reported that someone (or some people) on his team did an oopsie and booked the wrong Four Seasons—which, by the way, was right beside an adult book store. What a hot piece of mess. For real though, as President of the freaking USA, you’d expect his team to get this right.

8. ‘I have Covid’ becoming his most liked and retweeted tweet ever

It’s quite ironic that in all of his 57,000 tweets, this one got the most amount of likes and retweets. Whether this was his supporters standing by him or the people crossing their fingers is up to you.

9. Inviting his supporters to go outdoors and start protests during the pandemic

April was just the onset of the COVID-19 pandemic and Trump is already acting as if there isn’t a pandemic at all. All for the sake of protests, getting his name up there and staying in office. Definitely one of the most Trump-y things he did while president.

10. Scaring off George Floyd and #BLM protests with a military response 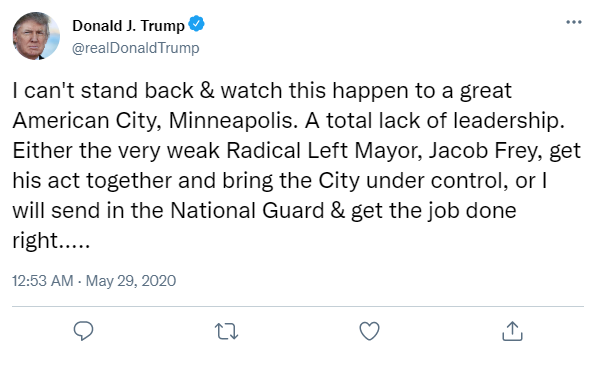 The death of George Floyd was one of the most significant events of last year. It sparked numerous controversies, riots, and the Black Lives Matter Movement. As expected, the president didn’t take this lightly and dispersed a military response for crowd control.