Looks like their blue tick just went in another direction. 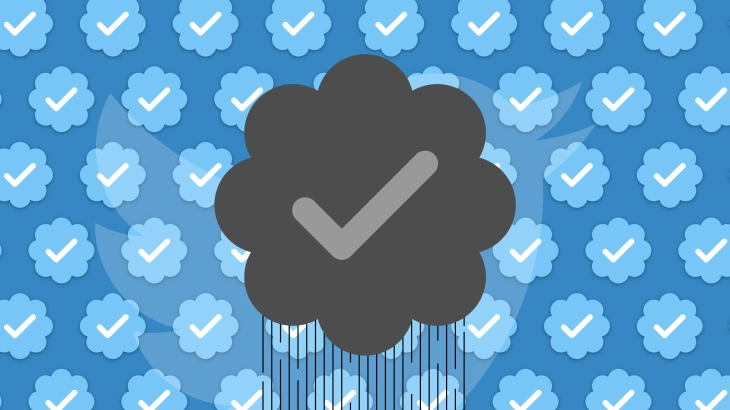 The 1D fanbase—better known as Directioners—lost their cool when Twitter yoinked the blue tick out of the when-are-they-coming-back boyband One Direction. The unchecking (yes, we just made that up) took place on August 29, 2021. The fanbase had been relatively quiet up until Twitter decided to revoke the verification checkmark, at which point Directioners took to Twitter to voice their opinions on the matter. Coincidentally, this event also took place during Liam Payne’s birthday. Either this is a rude gift from @jack, or Liam is just having a really bad birthday.

Public figures and celebrities have always had a verified checkmark beside their name to let users know that the account is the real deal and not some internet troll. However, since the boyband has been on hiatus both online and in the real world, Twitter decided that One Direction no longer has the right to keep their verified checkmark.

Following this news, superfans and supporters of One Direction members’ individual careers flocked to the bird app to manifest their sadness and frustration on Twitter’s decision. 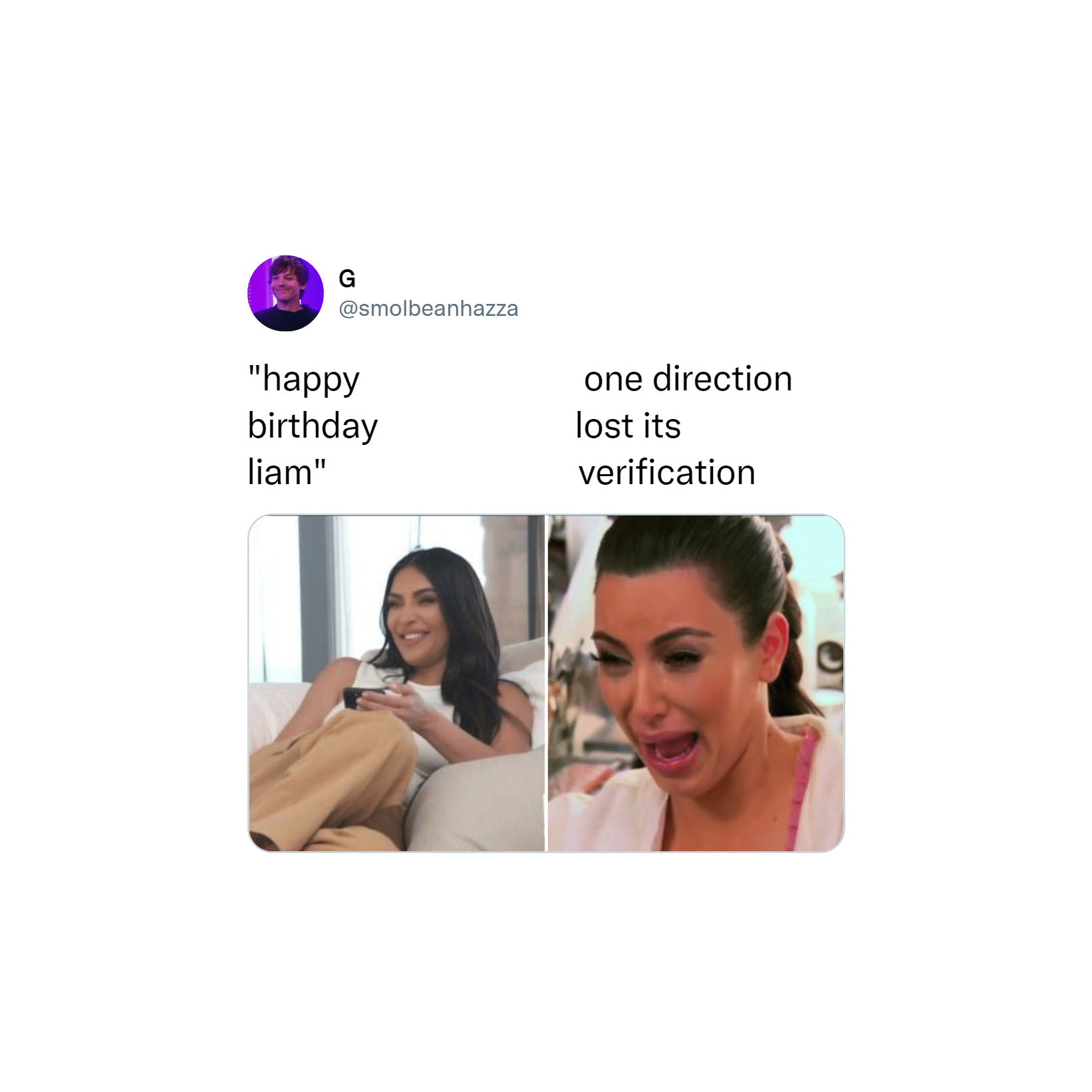 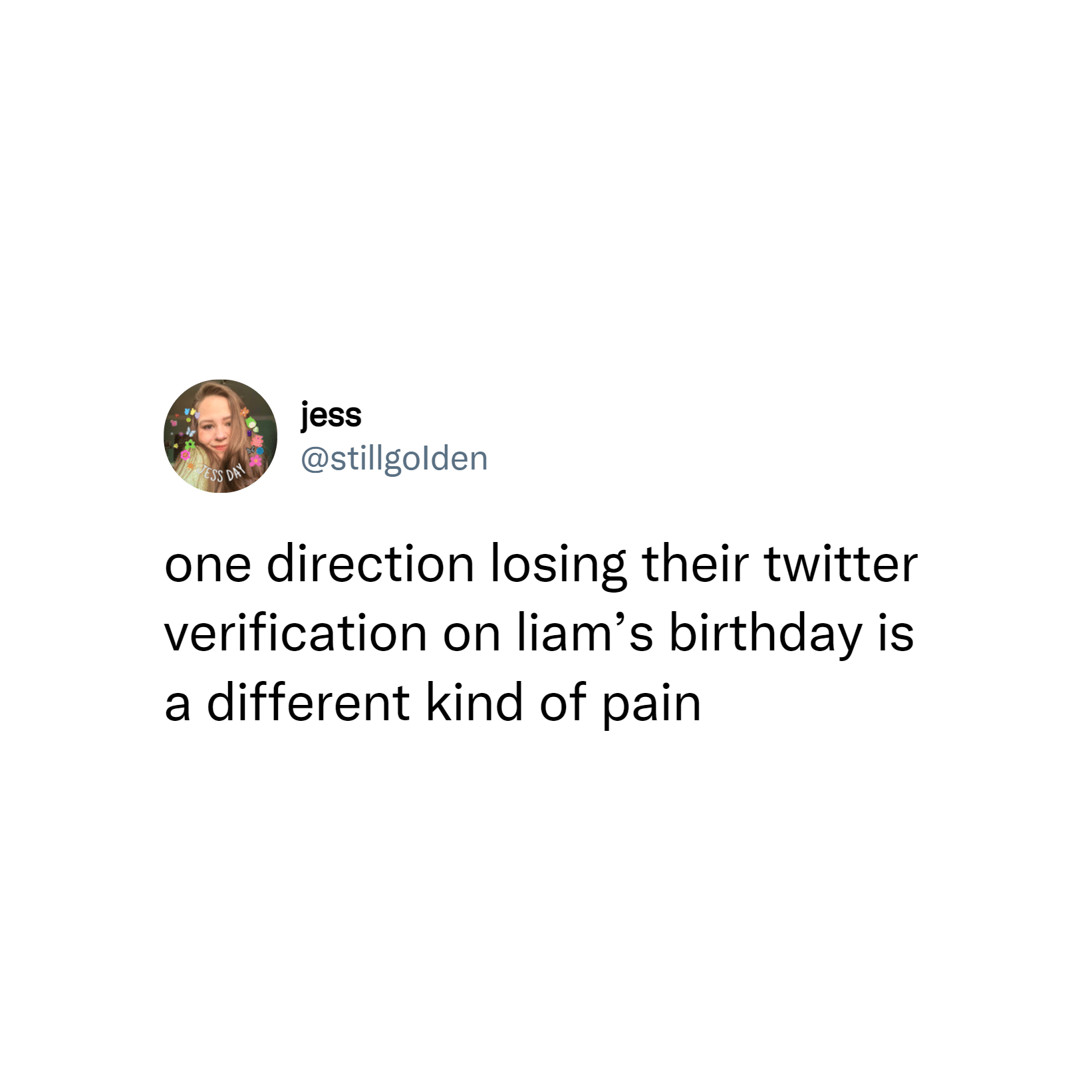 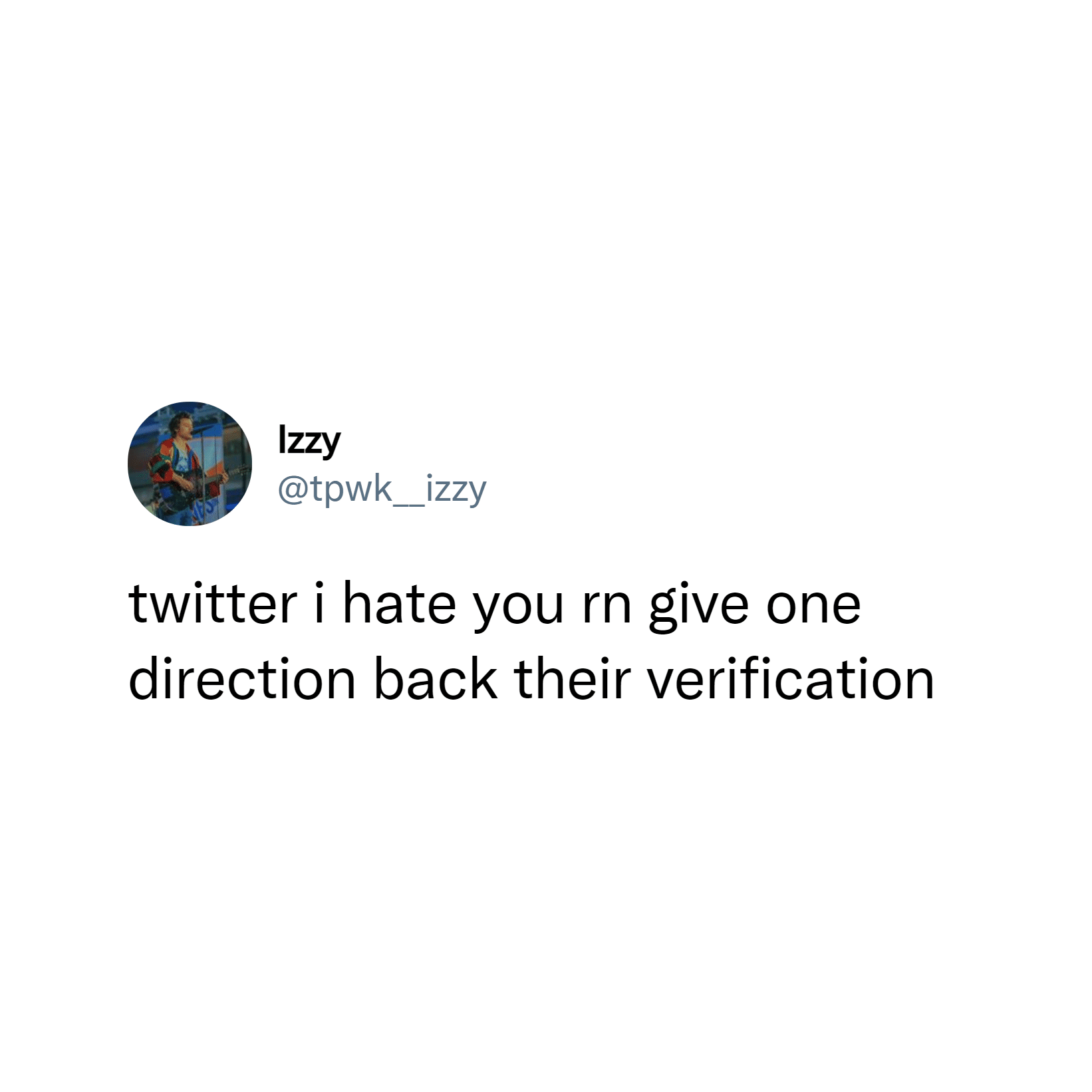 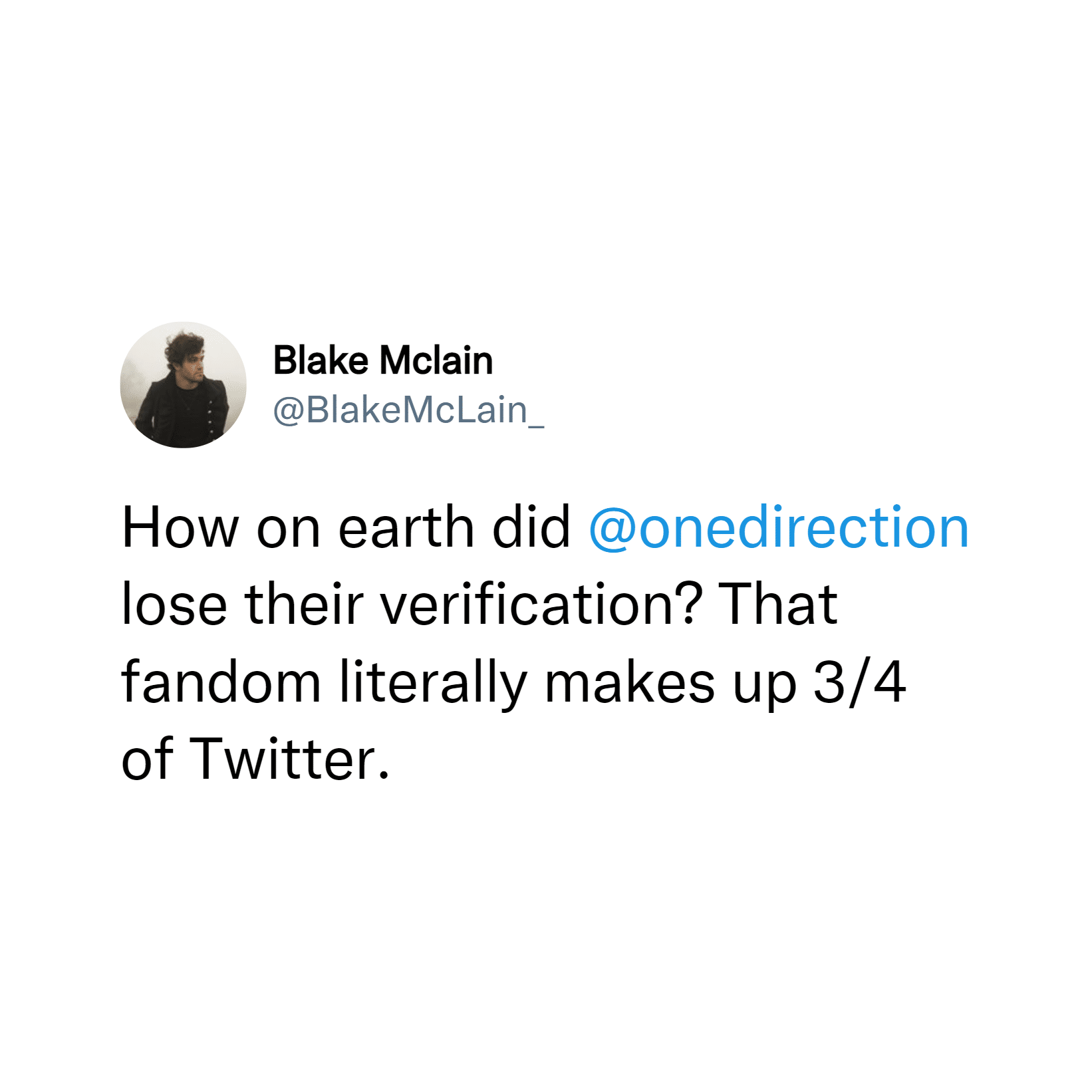 This time, One Direction reaching the trending page isn’t because of another rumor that there may be a comeback. Sorry, Directioners. You guys keep getting heartbroken...

Regardless of what the community thinks of One Direction getting unverified, Twitter is just doing its job to ensure that only accounts that are active (excluding their fanbase) keep the blue tick. According to Twitter’s Verification FAQ, if an account becomes inactive for enough time, its verified status may be removed at any time and without notice. Since the One Direction Twitter account hasn’t posted anything for over a year, it’s safe to say that it isn’t because of an out-of-date April fool's joke, but due to inactivity.

It’s yet another sad day for Directioners who were hoping for One Direction's big comeback. As long as news like these keeps popping up, the hope of seeing the boys on stage or coming out with new music as a band just keeps getting blurrier. Seeing that their 10-year anniversary post might be their latest tweet for some time, it may be worthwhile getting a tee of it while you’re at it.

There's nothing quite like memorializing something on a top. 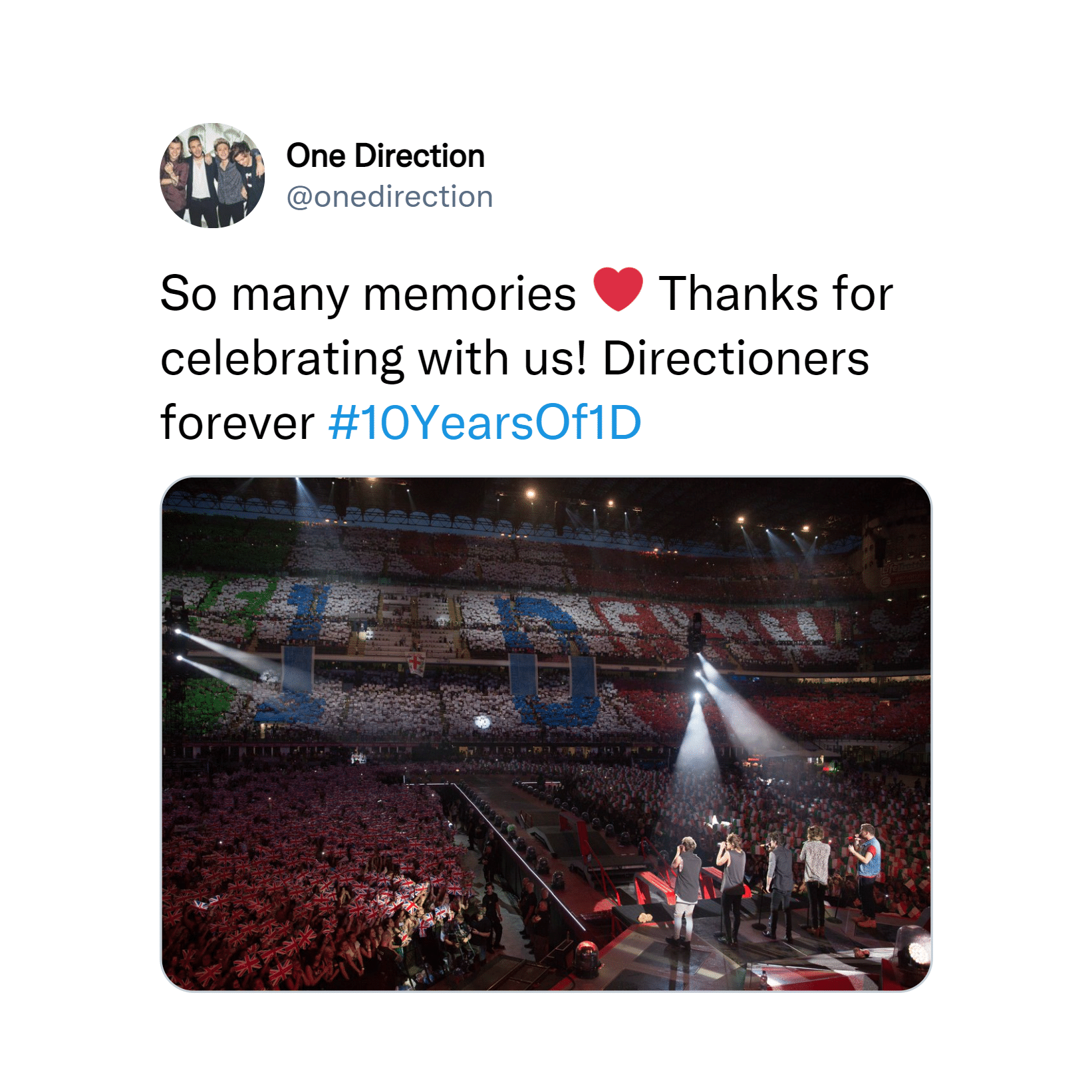