6 Trends That Were a Thing for a Month, Then Vanished

Ah, trends. Love ‘em or hate ‘em, it’s hard not to care about them or even give them a shot. Some are ridiculous, most are meme-worthy, but on rare occasions, they’re actually cool and unique. However, we can’t really ignore trends that were totally the craze for like a week or a month, then just vanished. What happened to these trends or fads and why did they phase out? Let’s go over 15 trends that everyone and their mothers were super into, then just disappeared like a ghost. Remember 2013? When you were playing Minecraft with your friends until 4 AM, or when Snapchat was yet to become a thing? Or when Taylor Swift’s Twitter feed was still booming? Yeah, we remember that too.

But one thing that really stood out that year was the global phenomenon known as The Harlem Shake. In case you’ve forgotten what The Harlem Shake is, it’s where a video starts with one or a few people dancing while the other people around them go by their daily lives. But once the beat drops, everyone suddenly goes nuts and wild at the tune of Baauer’s Harlem Shake (hence the meme’s name). The meme was born from the infamous Pink Guy of the YouTube Channel DizastaMusic and TVFilthyFrank. You’ve definitely seen him somewhere.

It was funny and unexpected for its time, and for the right reasons. One is that it’s one of the earliest global trends to ever take place. While 2012’s Gangnam Style was also a global hit, it didn’t have as much impact as The Harlem Shake did. This meme was literally all over the place with celebrities and even politicians joining in with the memes and fun. However, just like any trend, it didn’t really stick for that long. Everyone just got sick and tired of seeing the same thing over again (which will be a recurring theme with the other trends on this list). Still, gotta admit that these were good ‘ol times. 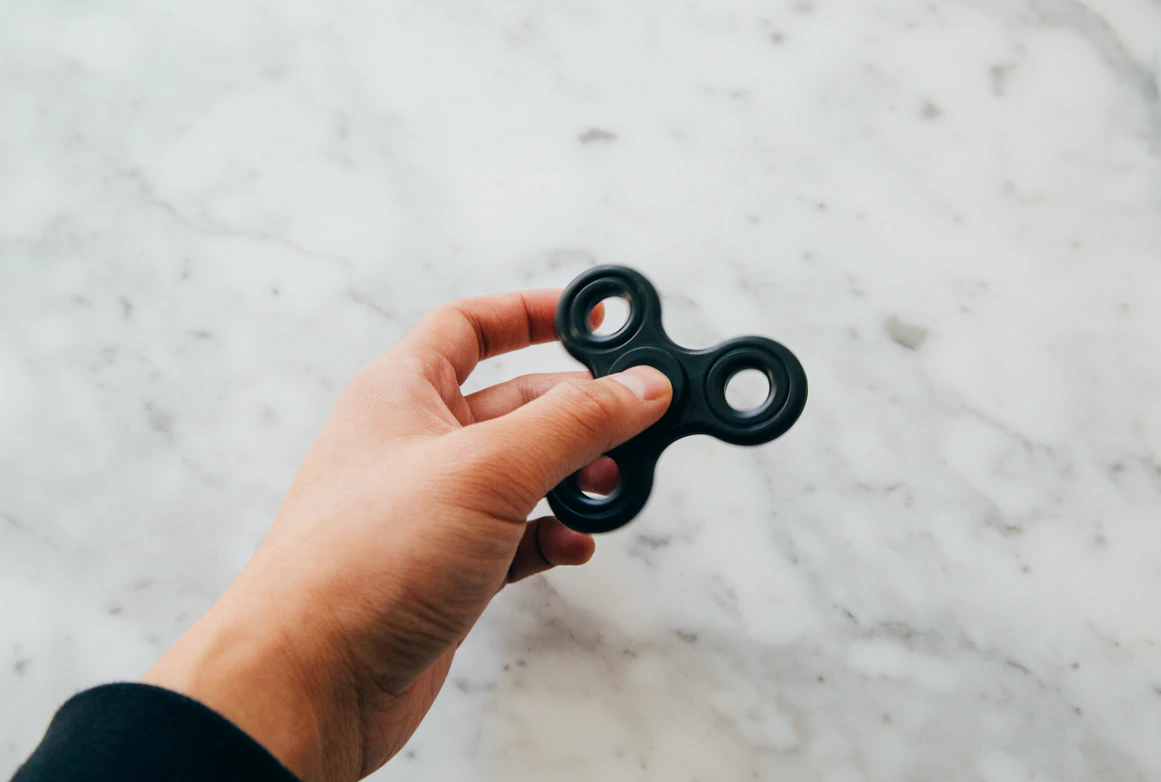 Fun fact: Fidget Spinners were a thing back in 2017 which was… 4 years ago. Wait, what? 2017 was 4 years ago? Man, I am getting old... Anyways, if you were not living under a rock in 2017, you have definitely owned or at least seen one of these on Facebook, Twitter, or YouTube.
They were stress-relieving, fun to play with, and something you can do without much effort or attention. But how and why did it blow up? There isn’t really a definite answer to this question, but all you need to know is that your high school was probably filled with kids bringing these to school and spinning them around during classes. Candy Crush Saga was the most popular game in 2012. It was easy to learn and was also a breeze to recommend to anyone—and by anyone, I do mean anyone since even your parents and grandparents would probably give this game a shot (if they haven’t already back in 2012).

The goal in this game is to win points and prizes by matching colorful candies in groups of three or more. According to C Net, the free puzzle game peaked in popularity in 2013, when it became Apple's most downloaded app of the year. Nowadays, it has definitely seen lesser numbers than it did 9 years ago, but it’s still a game you’ll see in the App Store charts. Another phone game craze was the infamous Pokemon Go that took over the world back in 2016. Pokemon Go was so influential and popular that it smashed records when it was released, like when it only took 7 days for it to reach 10 million downloads and made $278 million in its first year.

This was the peak of Artificial Reality (AR) games and it really shows for how it set the standard for future AR games as well. If we’re going to be real here, no other AR game has come close to Pokemon Go. It was fun, unique, and helped everyone start an active lifestyle by forcing players to go out and catch new Pokemon. However, its downfall began when news of people dying and trespassing issues started spreading. Nevertheless, it’s actually still a popular game nowadays, with $1.3 billion in global revenue just in 2020 alone—a year where COVID-19 was rampant and everyone was supposed to stay at home. 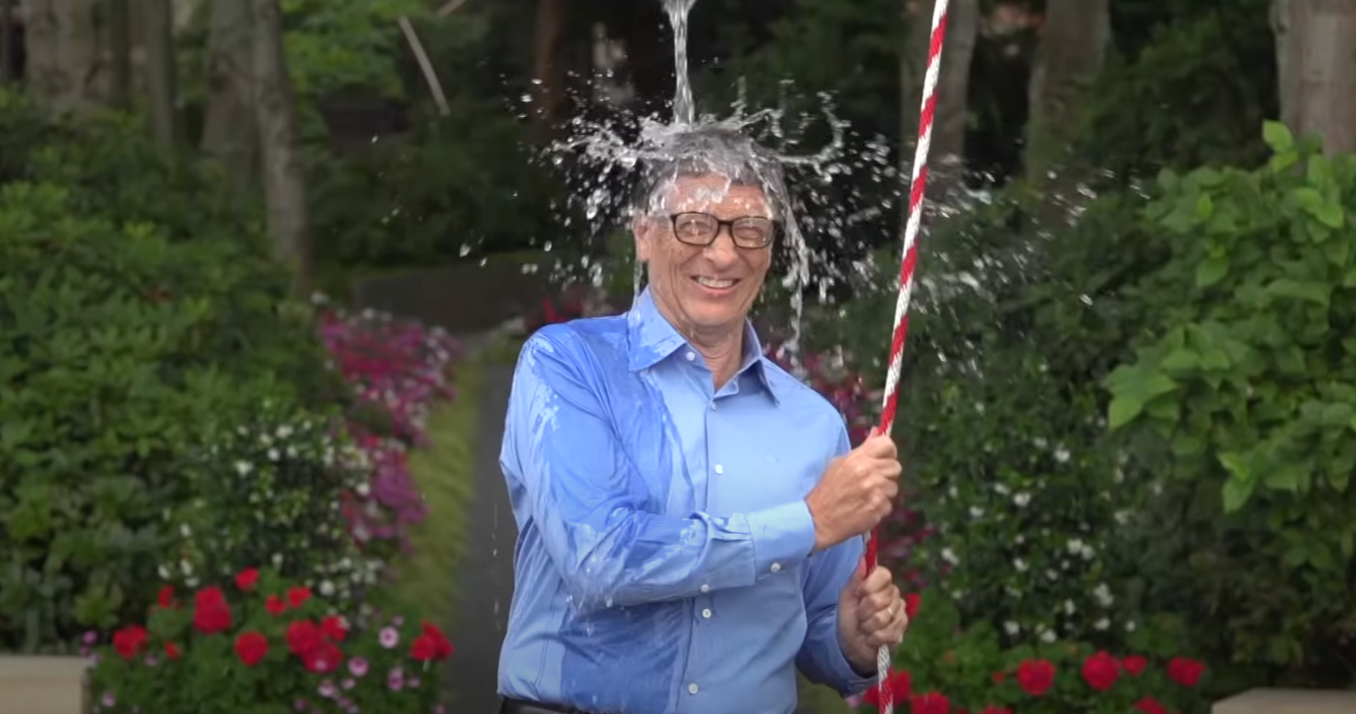 During the summer of 2014, the Ice Bucket Challenge was the most popular online trend. The Ice Bucket Challenge entails getting a bucket of icy-cold water dumped over your head, similar to earlier trends such as the cinnamon challenge and the "try not to laugh" phenomenon. The challenge raised money and awareness for ALS, leading to the discovery of a new gene.

This was possibly one of the most wholesome challenges the internet has done in a long while. It wasn’t over the top, it didn’t hurt anyone, and it contributed to research and awareness for ALS. Good looks, internet! More challenges like these, please?

The great dress argument began six years ago on February 26, 2015, when a user shared a picture of the dress on Tumblr and asked for help identifying the colors on it. The debate rapidly erupted and blew out of proportion on both Tumblr and Twitter, with two camps forming: #teamblueandblack and #teamwhiteandgold. Which color did you belong to during those days? Gotta be honest, I was #teamwhiteandgold.

The dress debate got so out of hand that celebs like Ellen DeGeneres and Kim Kardashian added their two cents to the discussion. The firm that sold the dress did eventually come around the next day and put an end to the debate: the dress is a combination of black and blue. Yup, I couldn’t believe it at first either.

If you were one of the firm believers of white and gold supremacy, here’s a tweet you can wear to assert your dominance on non-believers. 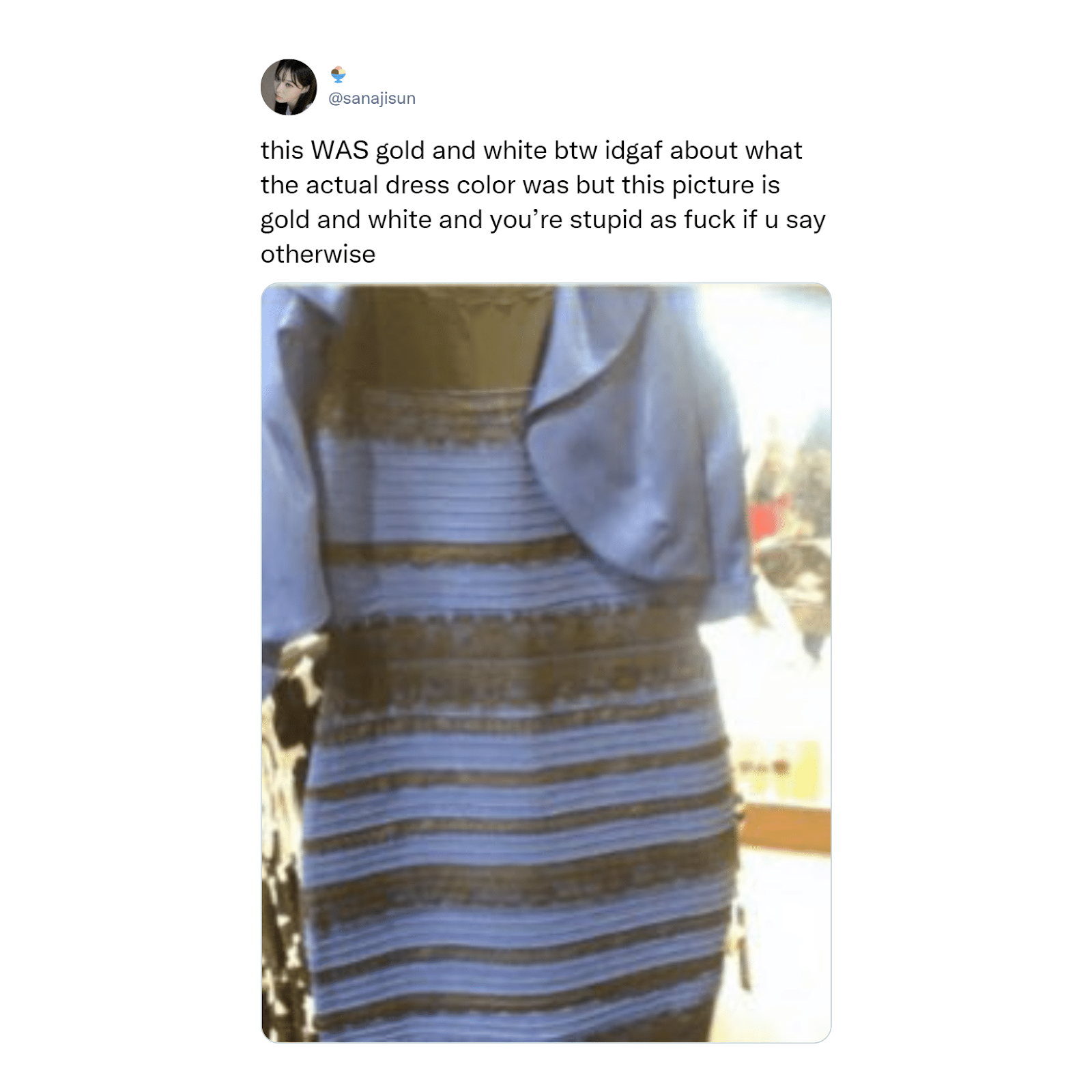 Debates and trends like the dress certainly aren’t the first and last of its kind. A more recent version of this dilemma came to life in 2018 in the form of the Yanny or Laurel audio illusion. If you’ve never heard of it, it’s definitely trippier than this one and can really get you scratching your head (or ears).

That wraps up this list of trends (or fads) that you probably heard of in the past but is now just a phantom that lives in our memories. Whether you were one of the avid fans of these trends or just didn’t care enough to give a damn, they’re undeniably influential and have set the standard for the memes, challenges, and trends that we are being blessed (or cursed, sometimes..) with in 2021.