It’s been weeks since Facebook changed its name to Meta, but the memes and news about it are still alive as ever. What’s the big deal anyway and what’s a “meta”? Let’s take a brief look at this major rebranding from one of Silicon Valley’s giants.

On October 28, Facebook announced that it is changing its name to Meta as it shifts its focus more on connecting people through new and better ways like VR and AI. It is worth noting that this name change does not affect its social media platform, Facebook, but rather its parent company, Facebook Inc. (yes, we know—it’s a little confusing) that owns Facebook, WhatsApp, Instagram, and Oculus just to name a few.

If you’re left scratching your head on what Meta or a Metaverse is, it’s basically Facebook's way of saying that they’re not just simply a social media-oriented company anymore, but rather a company that is planning on building a virtual world that can be as interactive as the real one.

Seeing that Facebook owns Virtual Reality company Oculus, it won’t be a surprise that in the near future, we could be seeing prototypes of a virtual world where you can chat and hang with your friends through an Oculus VR headset.

Following this major rebrand, it’s given that the Twitter community had to chime in and give their two cents about the rename. Needless to say that countless memes have come to life. 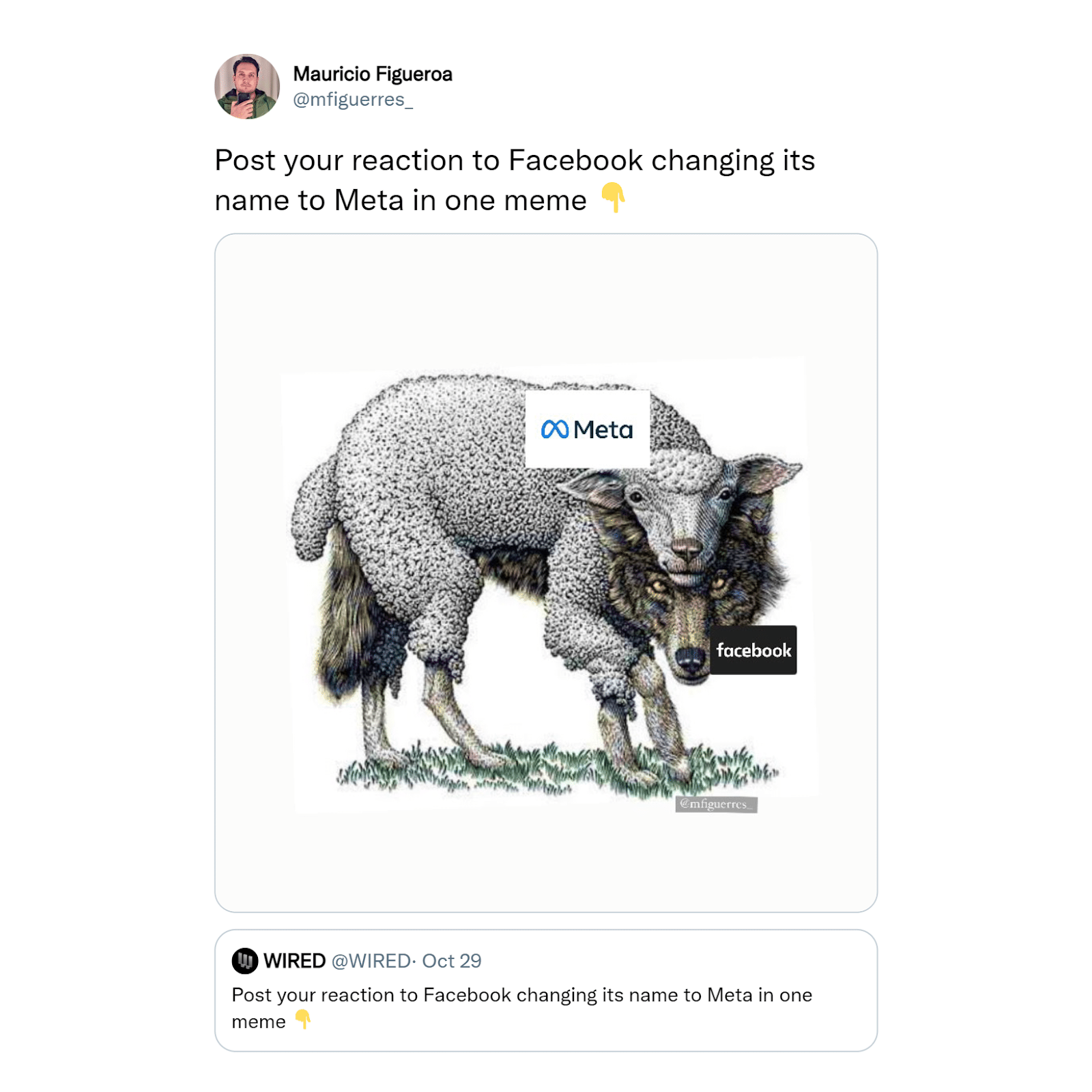 This next one is a possible candidate for your next OOTD. 💀 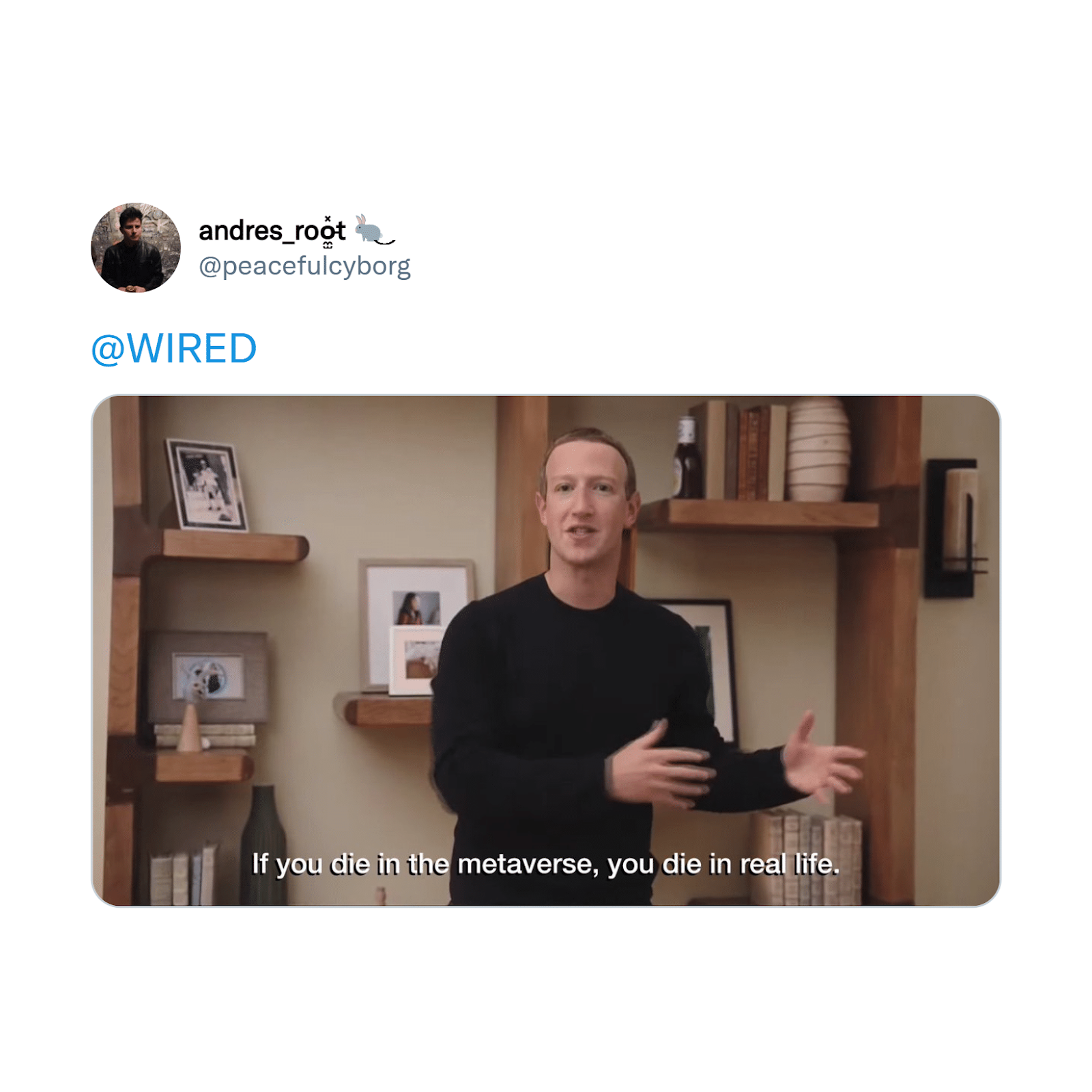 On a more serious note, some users also pointed out that Facebook's major rebrand won’t do anything “major” for how they steal the data of its users for that hard-cold cash.

Oh, and it looks like they aren’t even the first ones to get the name Meta and its logo. Come on, Mark. You’re better than this—or are you? 🤔

As a multi-billion dollar company, you would expect them to do better than a $20 million buyout for PC company Meta’s name. Following this news, the PC company is looking to sue Facebook for trademark infringement. A 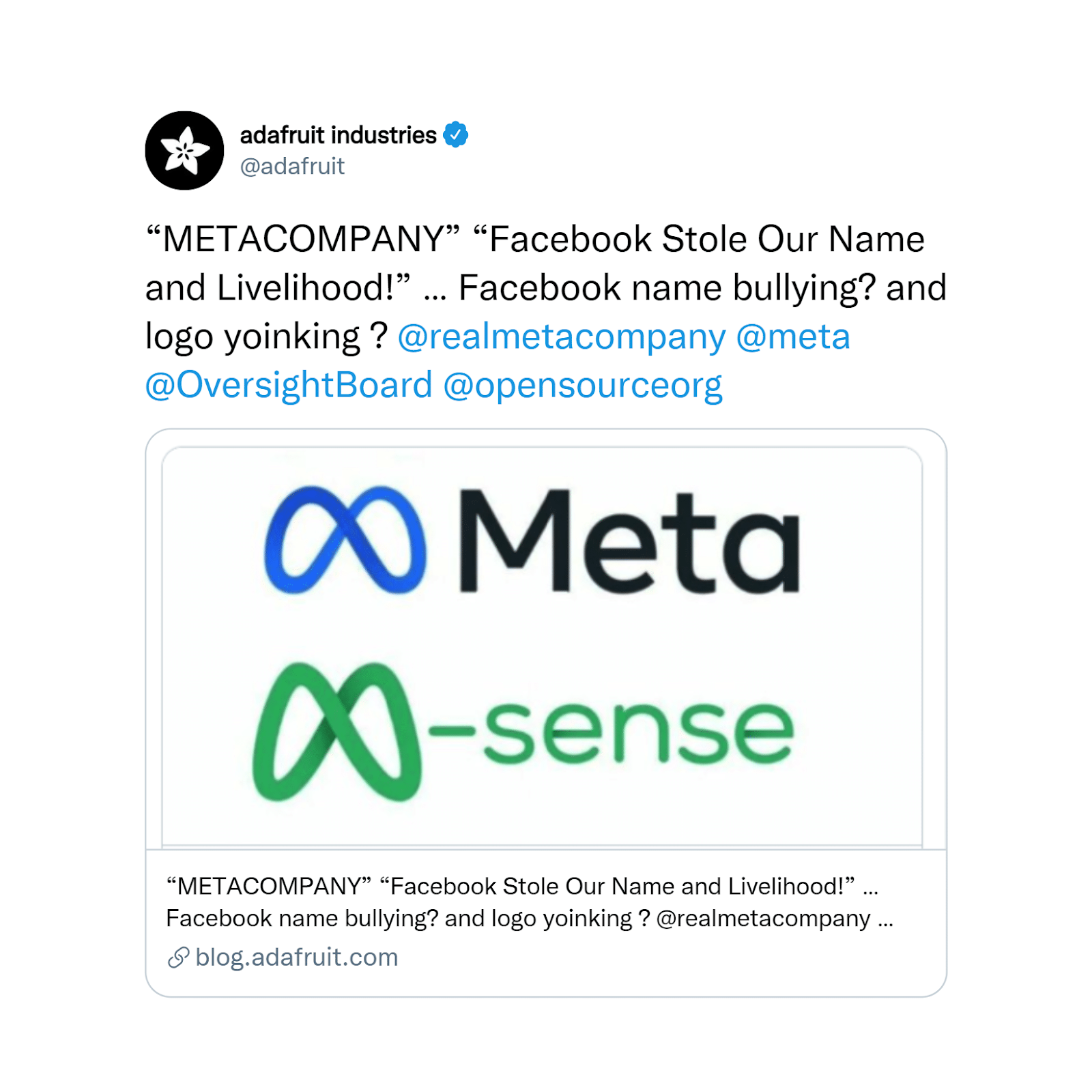 To be fair on Facebook, their logo is super simple that it’s bound to look like some other company’s logo. The question is, did Facebook know about this beforehand or nah?

Oh, and if you loved any of the tweets we shared with y'all today, you can always have them as your pride and glory as a t-shirt, sweater, or hoodie. Your call, captain.