Facebook's Worst Outage Yet Turns Twitter into a Meme Hub

Twitter is the literal hub of the world when other social media platforms are down, so no surprises here when it saw a huge spike of active users when Facebook services went nuts.

Recognizing the fiasco, Twitter themselves hopped onto the opportunity and tweeted “hello literally everyone” amid the chaos. 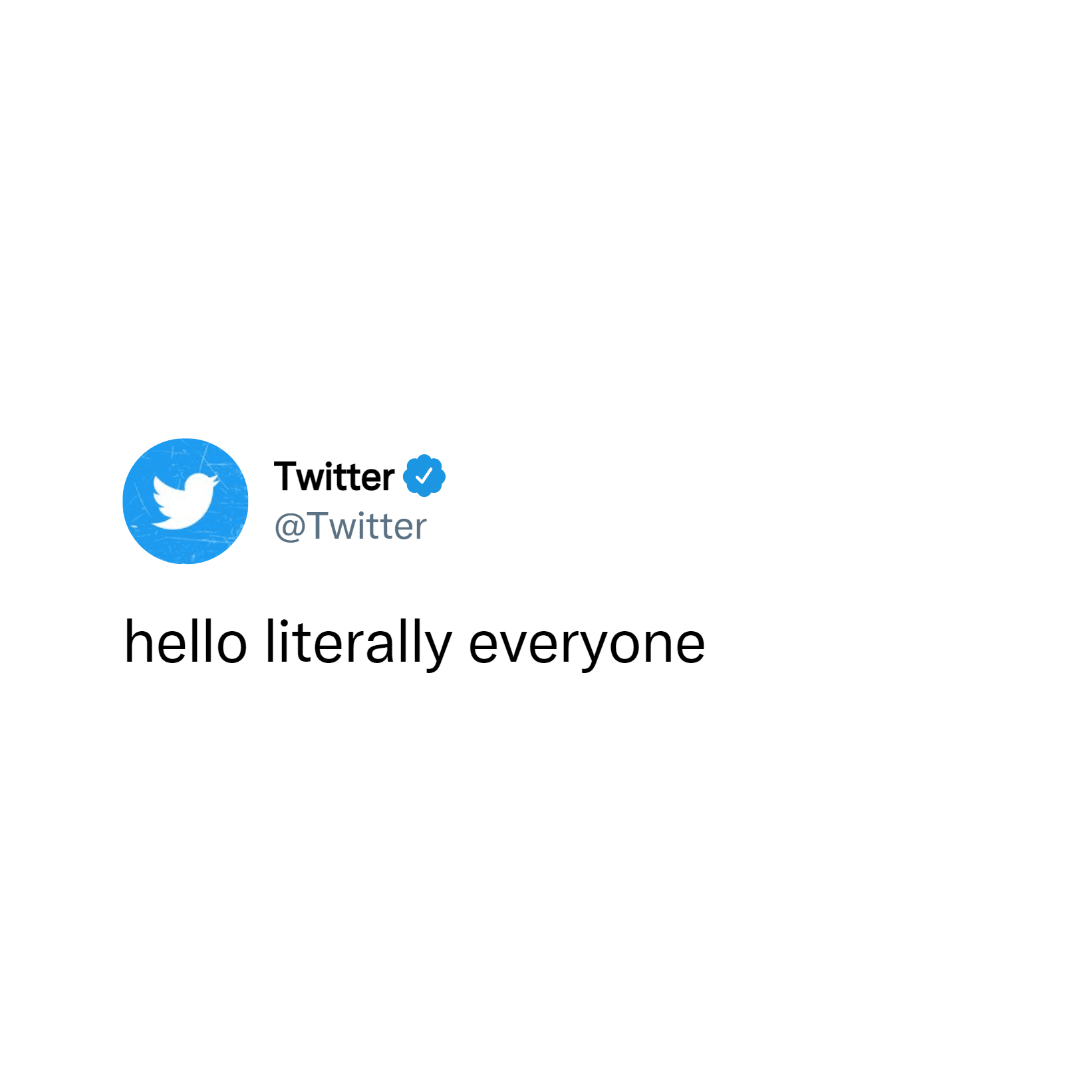 As of writing, the tweet has garnered 600k retweets along with 3.3m likes. Needless to say that it qualifies as a tee you can wear to let everyone know you were a part of the great Facebook outage of 2021.

Consequently, big brands like McDonalds, Microsoft, Amazon, Zoom, and even OnlyFans (?!) joined in the conversation to say hello to everyone. Oh, and yes—celebrities chimed in as well. 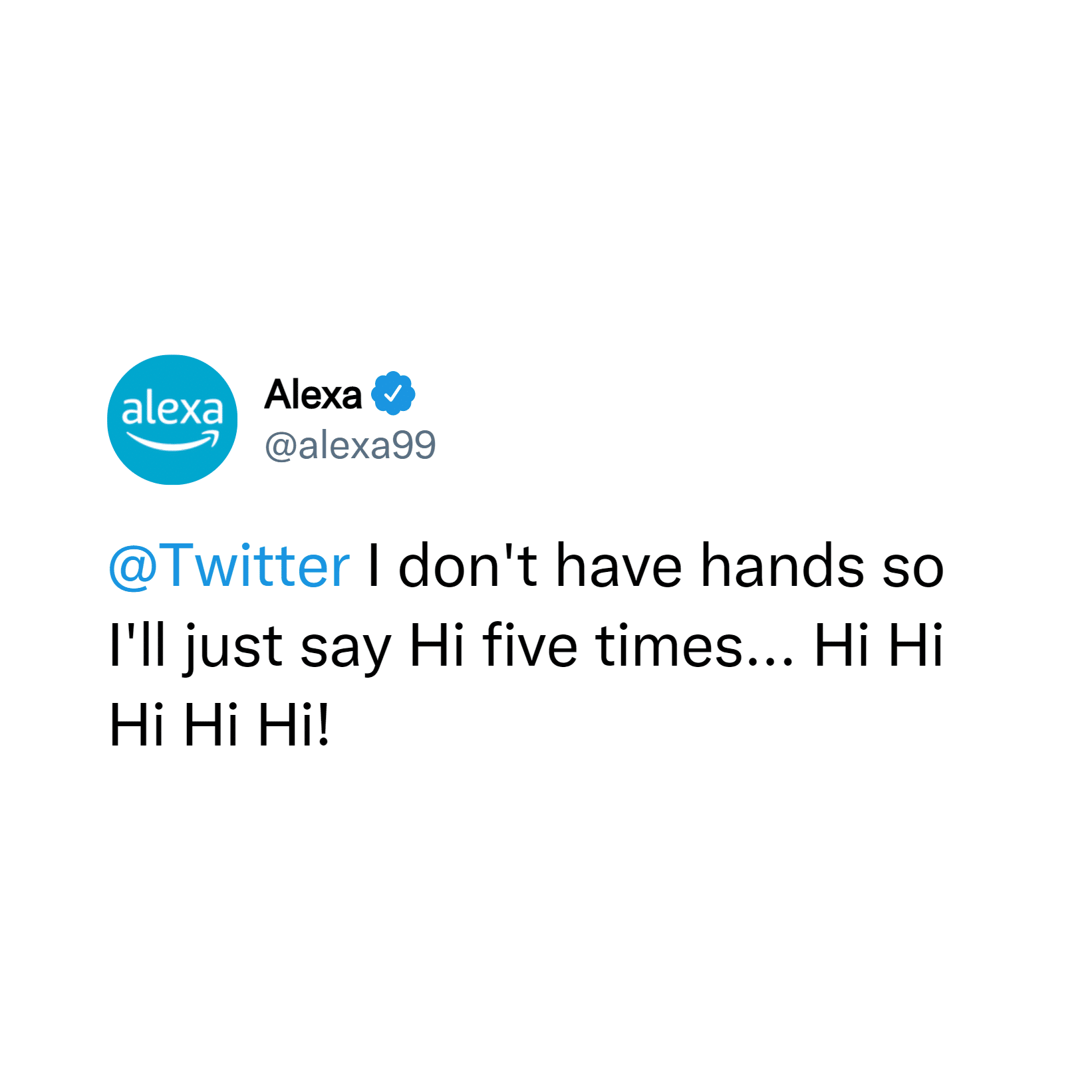 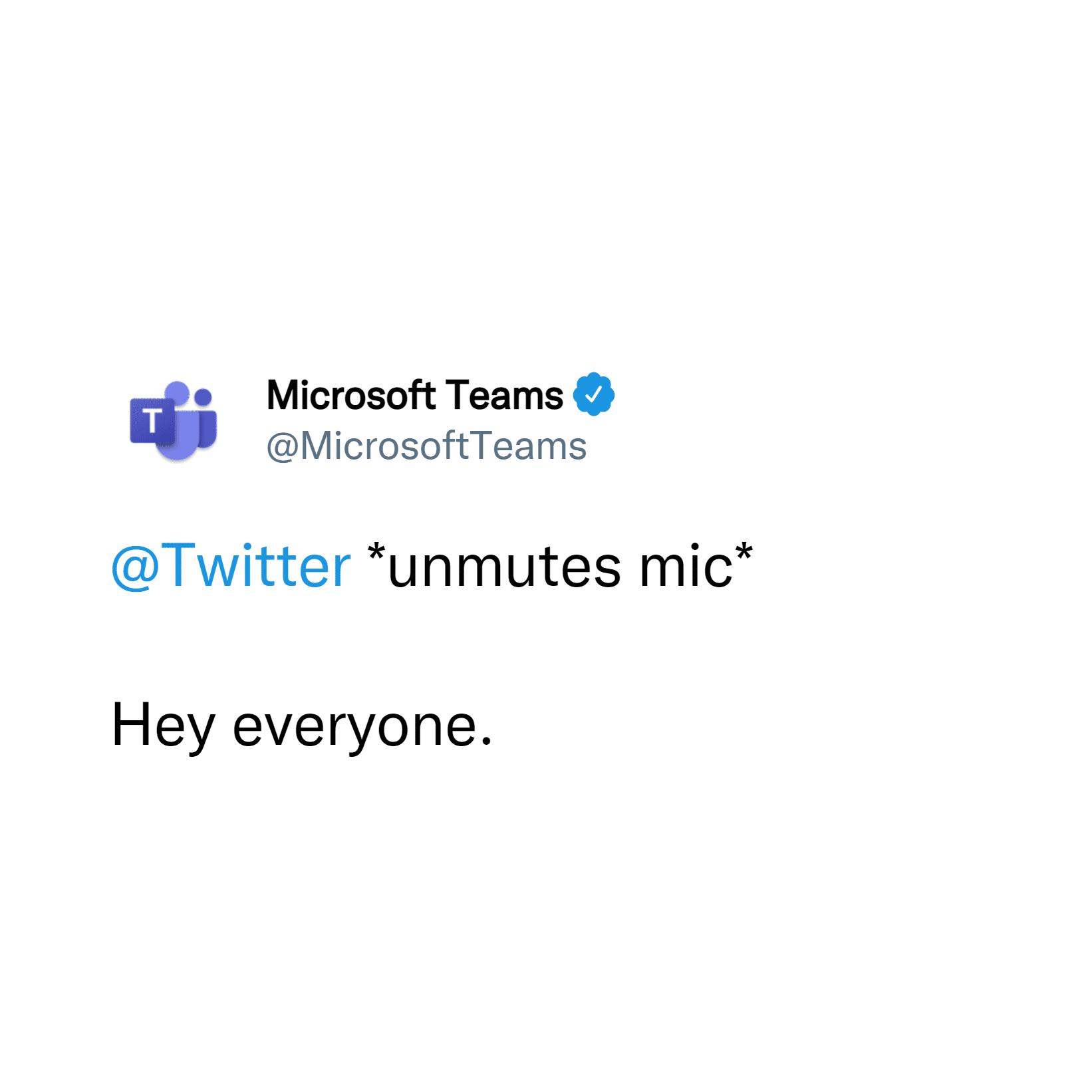 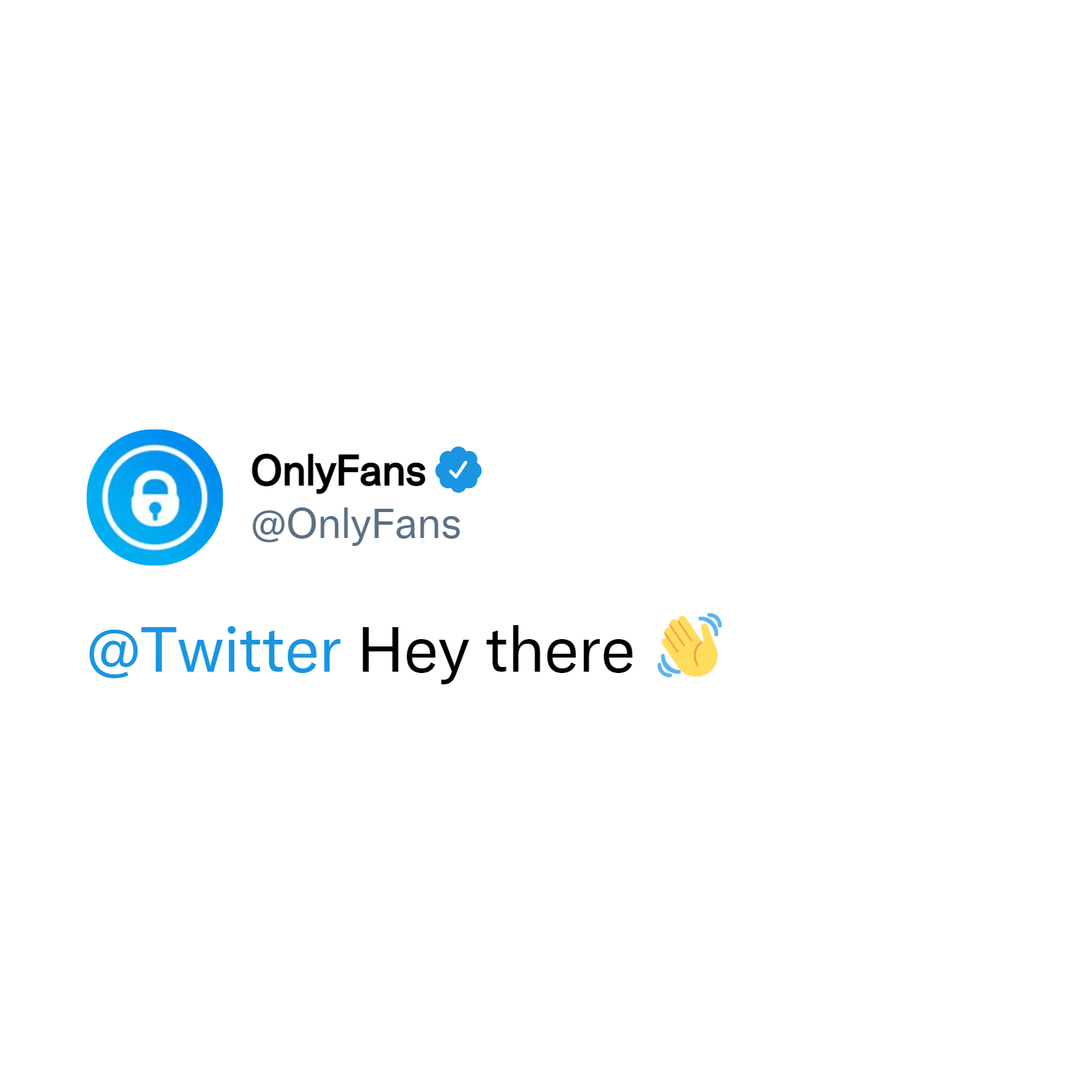 Twitter also hinted that there could be as much as 60 million active users on Twitter during the outage based on their reply to McDonald’s. 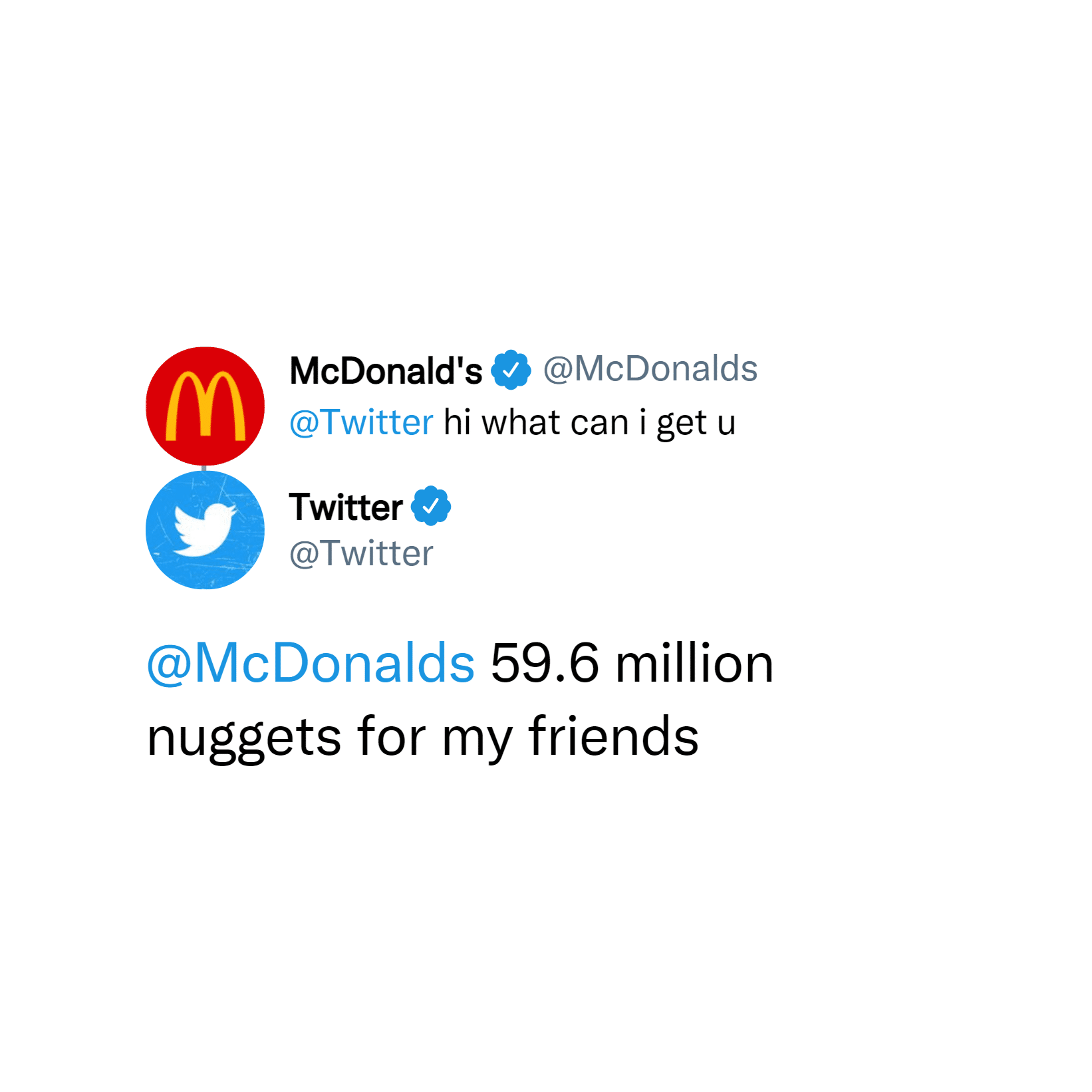 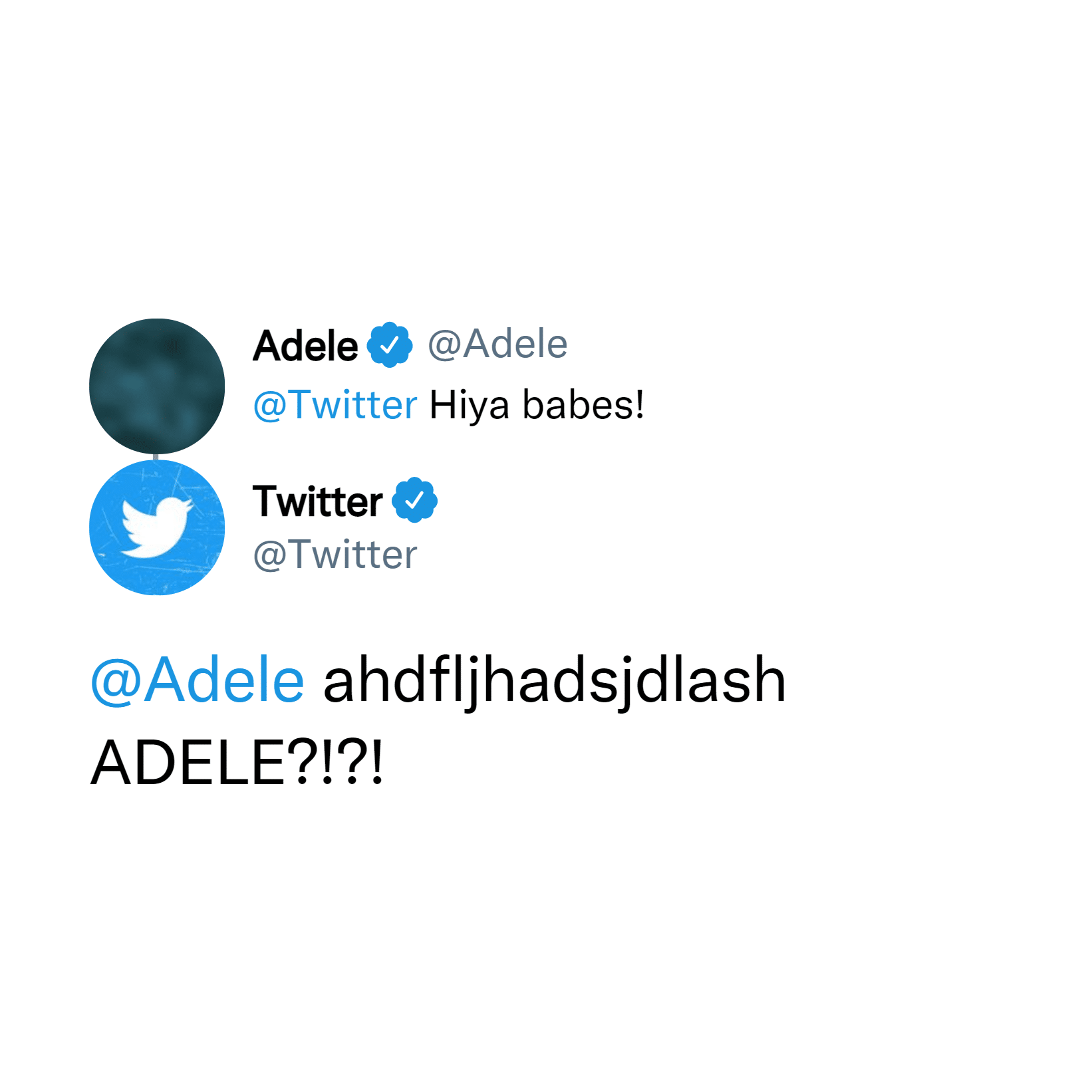 Twitter’s CEO Jack Dorsey didn’t hesitate to throw some shade on WhatsApp—who had the audacity to say hello after being gone for 6 hours. 👀 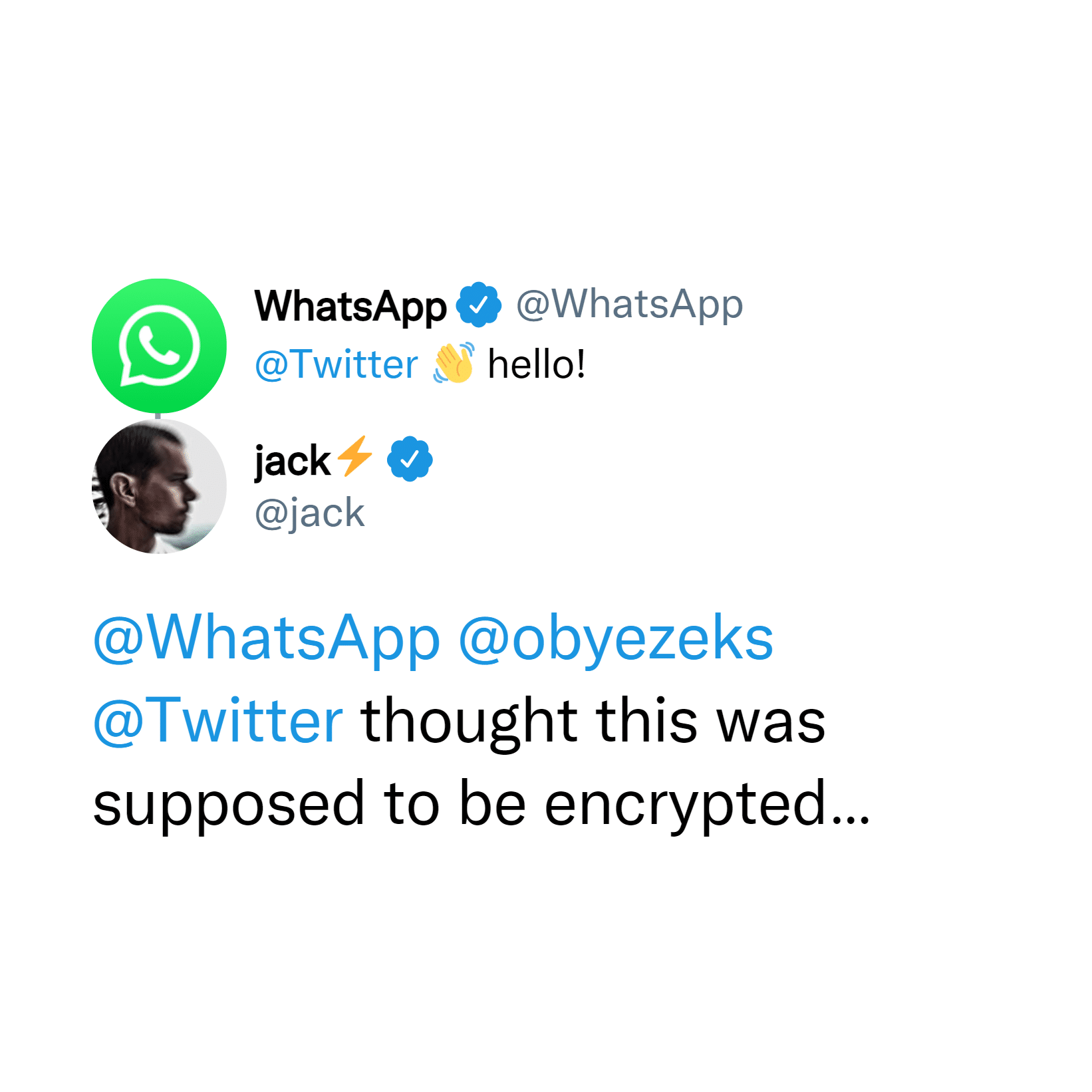 On top of Twitter’s hilarious conversations with big brands, its community and those who came from Facebook services also shared their sentiments and memes about the outage. 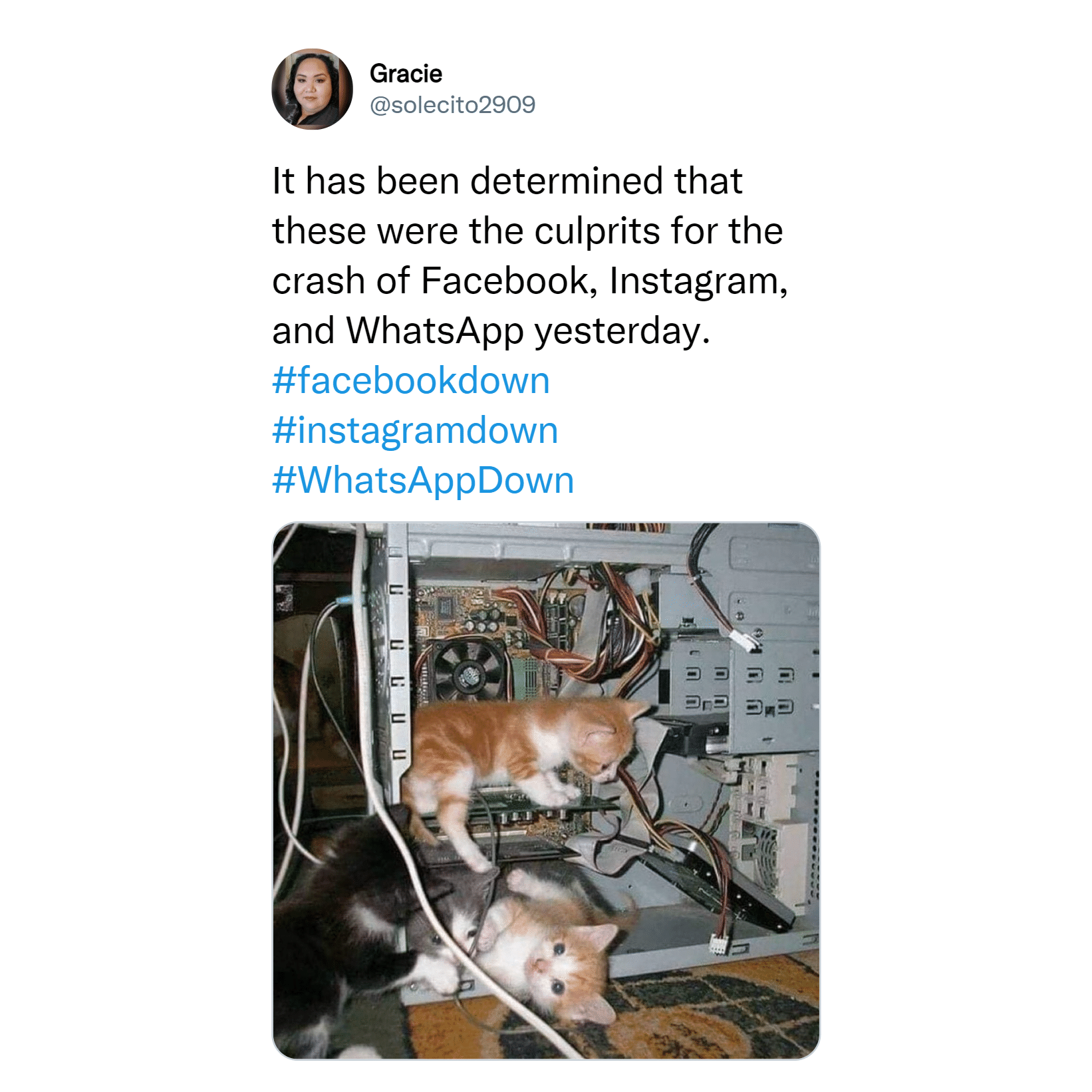 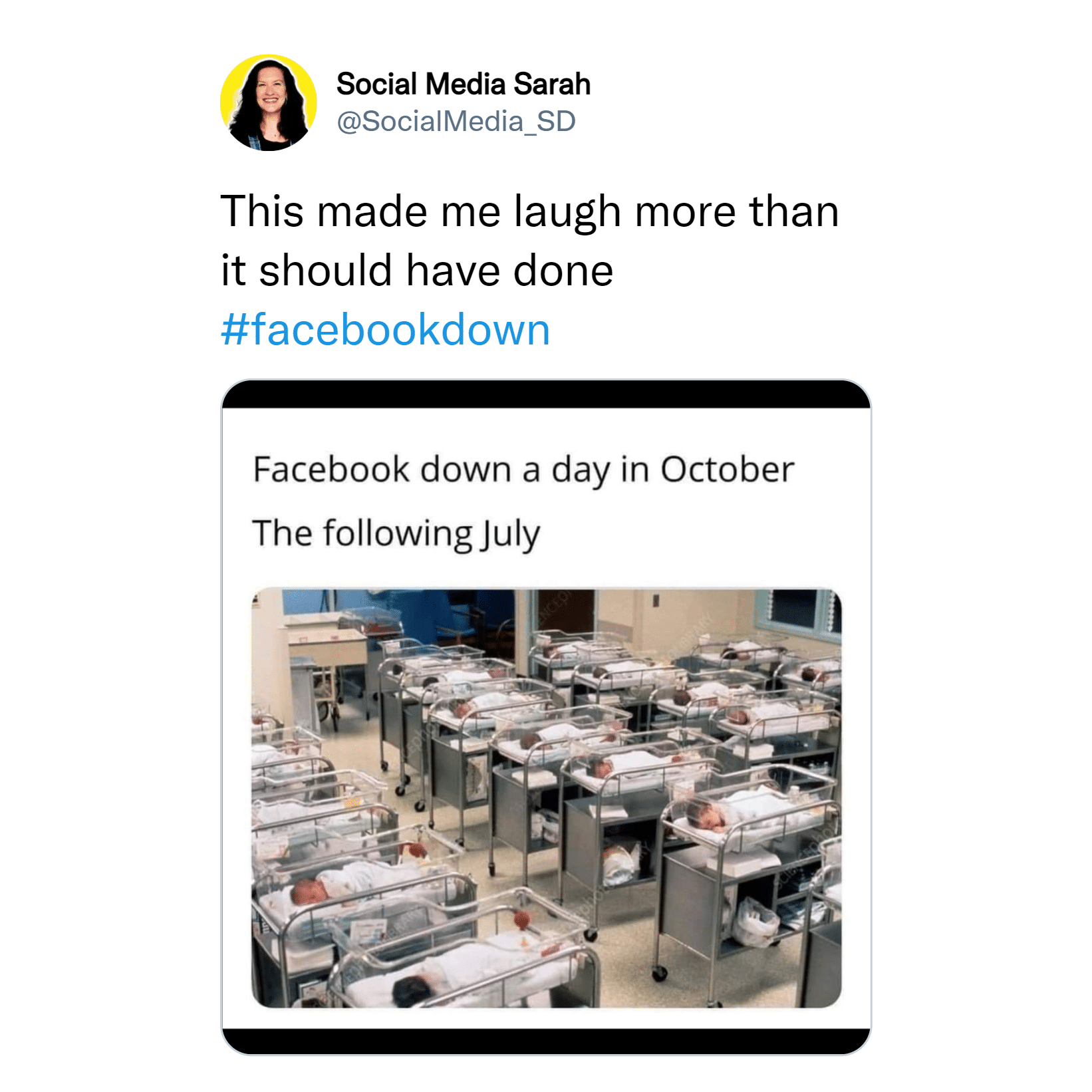 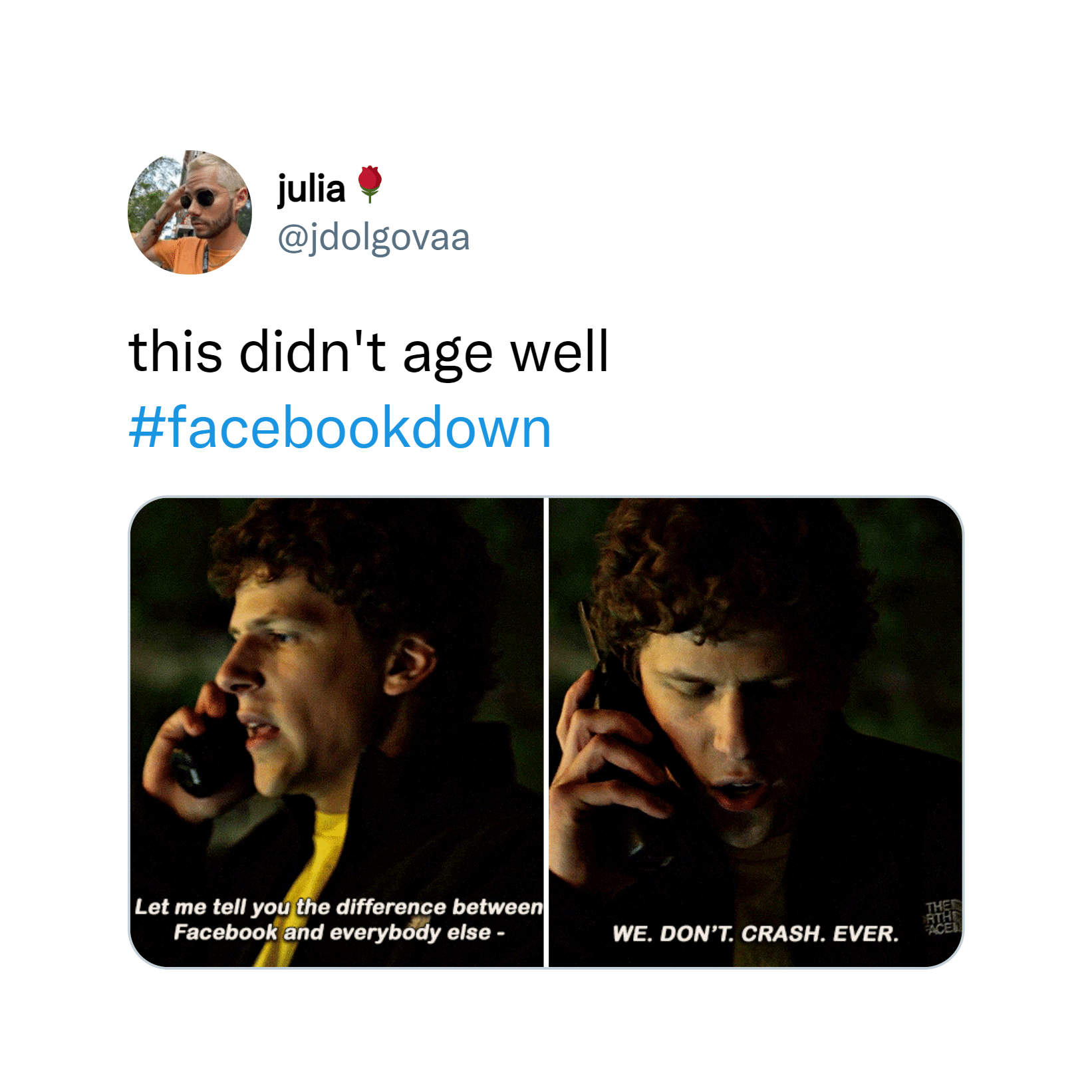 Some users found the opportunity to put the Squid Game hype on top of the outage memes. 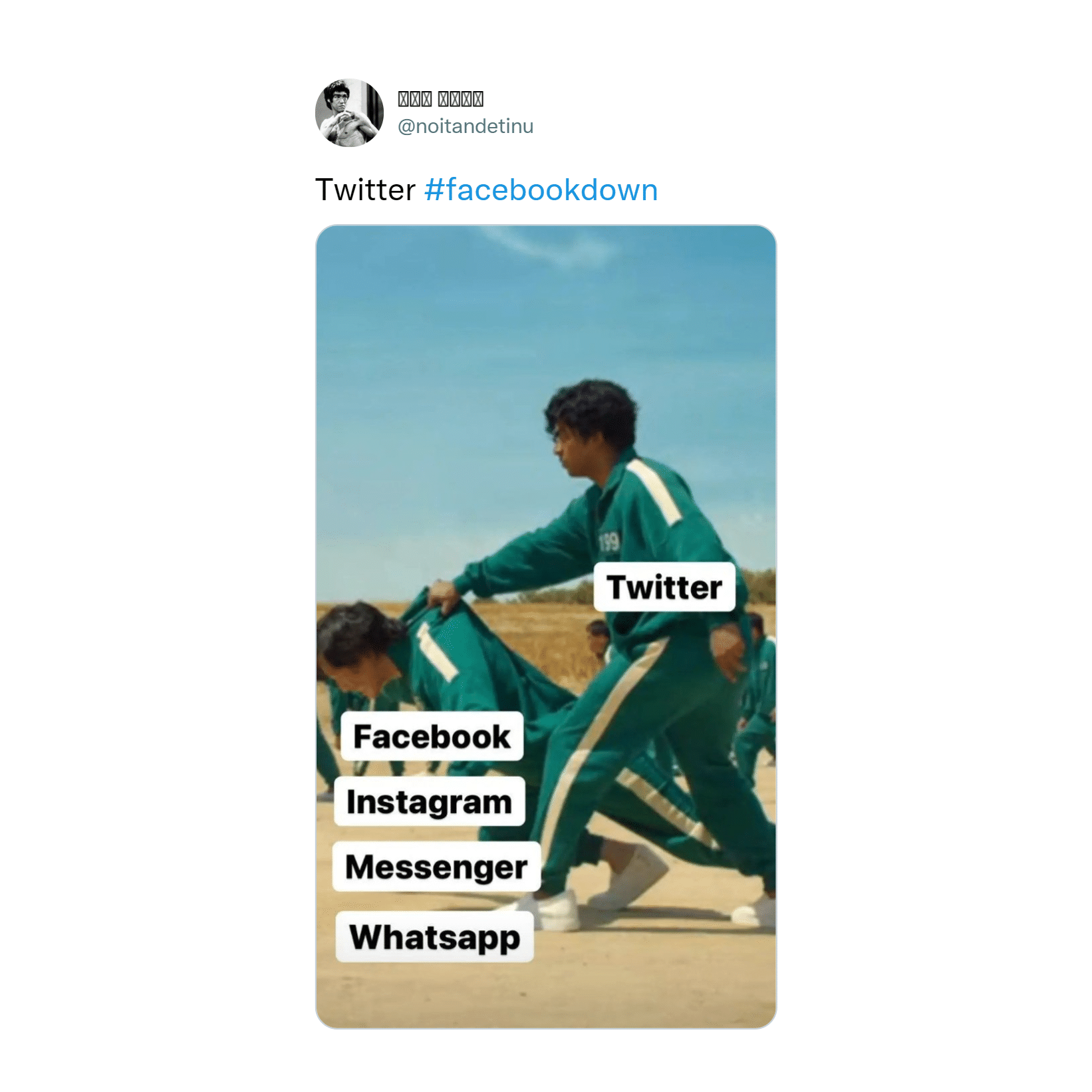 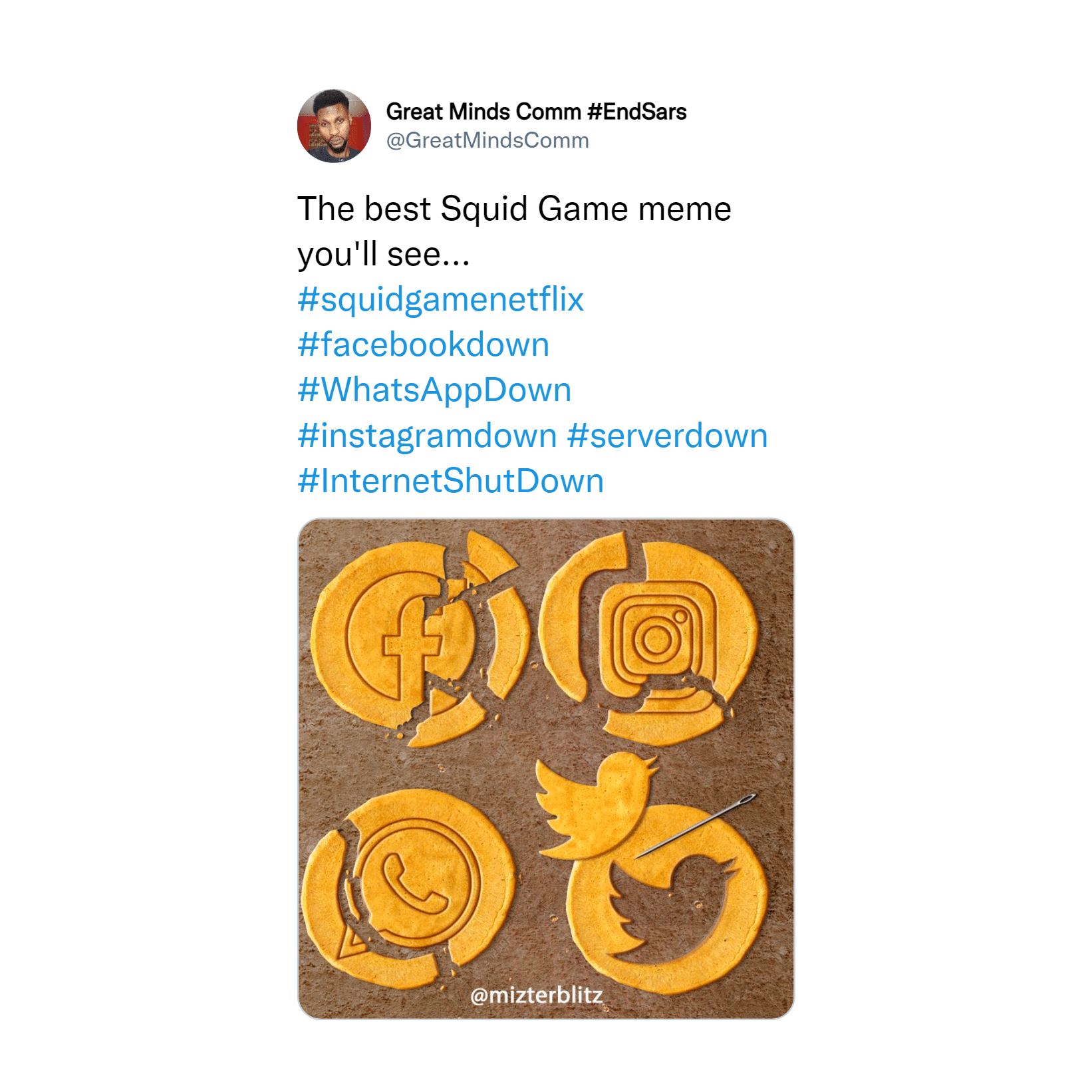 After the 6-hour outage that users had to torment, Facebook and its services finally come back to life. The controversy doesn’t end there—some users continue to talk about the outage by  stating that Facebook shouldn’t have just come back, while others beg for its stability and consistency since their livelihoods and jobs depend on it.

Facebook Inc. blamed the issue with its network configuration for a global service outage that kept its social media apps offline for much of Monday, adding that it found no evidence that user data was accessed during the outage.

The company's technical and software engineering staff stated in a blog post that "This disruption to network traffic had a domino effect on the way our data centers communicate, bringing all of Facebook services to a halt."

Mark Zuckerberg, Facebook's co-founder and CEO, also put out an official statement via his Facebook account. It’s quite a long post, but he basically explained the technicalities and specifics of the error and the outage.