Top 10 Most Liked Tweets of All Time

Twitter is the main stage of anything that is trending. It’s also the place where some of the most iconic quotes and tweets (duh) of celebrities and people of figure rest. In this list, we rounded up the top 10 most liked tweets of all time.
From President Biden to BTS’s Jungkook, let’s take a look at some of Twitter’s most loved and memorable tweets. Being a BTS member must be nice—you look good, you’re rich as hell, you got all the talents and confidence in the world, and every single tweet is an instant like and retweet machine. Evident with Jungkook’s recent tweets that have all been raking insane numbers from the ARMY. Spoiler alert: he may or may not but definitely will be on the list at some point again. 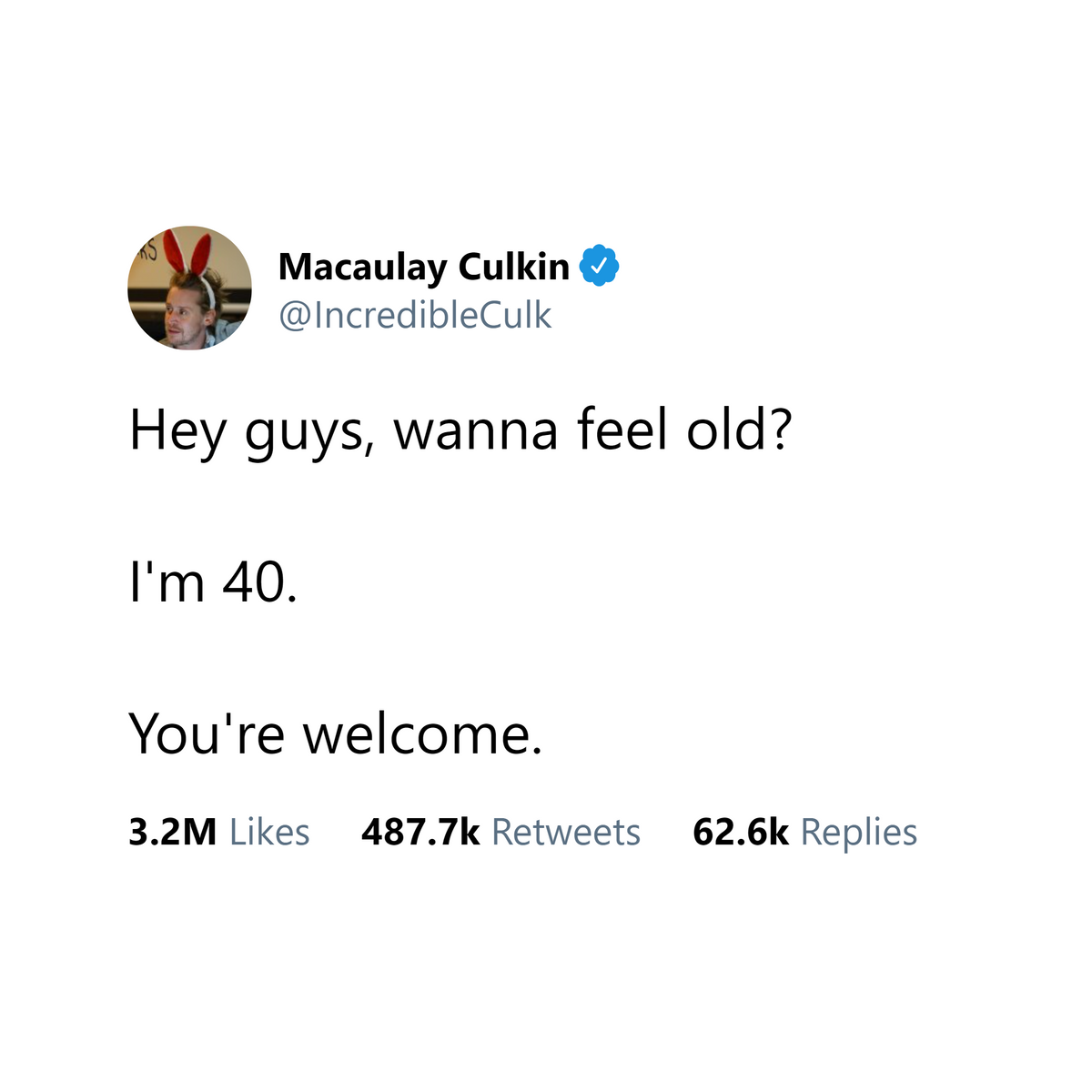 Fun fact: legendary Home Alone actor Macaulay Culkin is... wait, is this right... 40?! Weren't you 20 just a couple years ago?! And 14 just a few more years ago before that?! Well, thanks for making us feel THAT old, Kevin. The 2020 US presidential elections were one of the most eventful periods of last year. In hindsight, it makes sense that Biden got got such strong recognition (in the form of Twitter likes)for toppling Former President Trump’s attempts to say in office longer. As we’ve mentioned earlier: BTS member = instant trending and millions of likes. Can’t blame him though, he is dripping with that jacket and hair color contrast. The people loved seeing how casual and happy Kamala Harris’ phone call to Joe Biden was about their win in the elections. Imagine waking up to that phone call. We all know how bad 2020 was. It was the worst possible way to end a decade. A pandemic, global rise in unemployment rates, the markets crashing, and the list goes on. Nobody enjoyed 2020, especially Andy Milonakis who congratulated every Astronaut who left that day for abandoning the suffering planet that is Earth. The death of Kobe and Gianna Bryant was the first of the many untimely and unexpected news of 2020. It was heartbreaking to see the basketball legend and his daughter pass away tragically. With the news came fans and celebrities who all paid their respects to the late Kobe and Gigi, including Barack Obama whose tweet embodied everyone's thoughts and pain. RIP Kobe and Gigi. 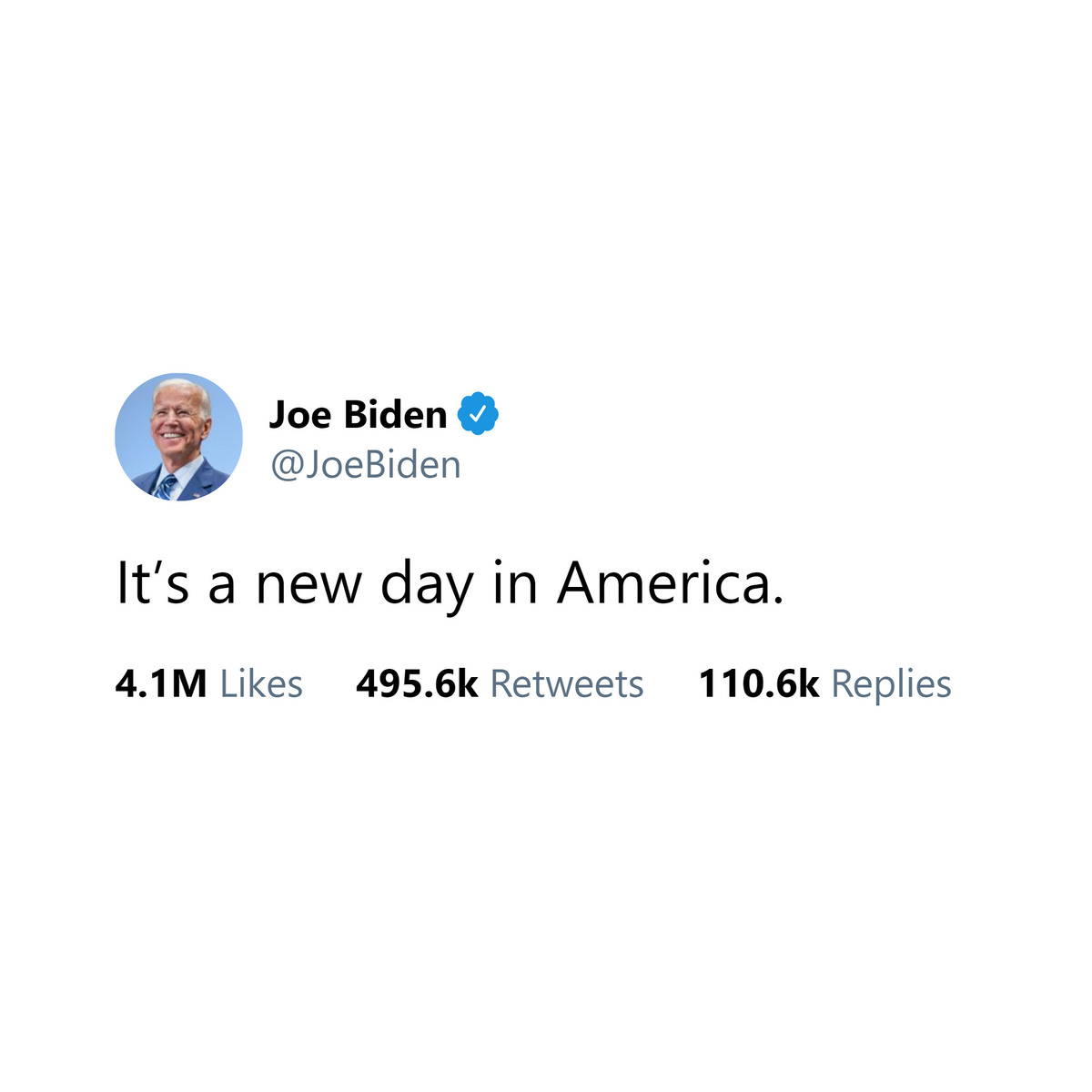 Biden really took his place as president in one of the shortest, yet most badass (by presidential standards) statements ever. Well, at least on Twitter. Obama quoting Mandela should be enough to let people know that things are serious. This homage is amidst Neo-Nazi rise and rallies in America back in 2017. Let’s not forget to keep spreading love, positivity, and of course, the language of the internet—memes. Lastly, the unexpected passing of Black Panther himself. Chadwick Boseman’s battle with cancer began in 2016 and was kept under the rug until his death, so the news of his passing coming out of nowhere were both shocking and tragic for everyone. Even if you haven’t watched any of his films, you’d be hard-pressed to not appreciate him for his amazing performances not only in Black Panther but also in other films like 42 and Ma Rainey's Black Bottom. RIP Chadwick. Wakanda Forever.