With over 350 million users, Twitter continues to be a platform for celebrities, public figures, and even brands to gain massive traction and reach. In this list, we'll jump into the 10 most popular accounts (by followers) on Twitter. 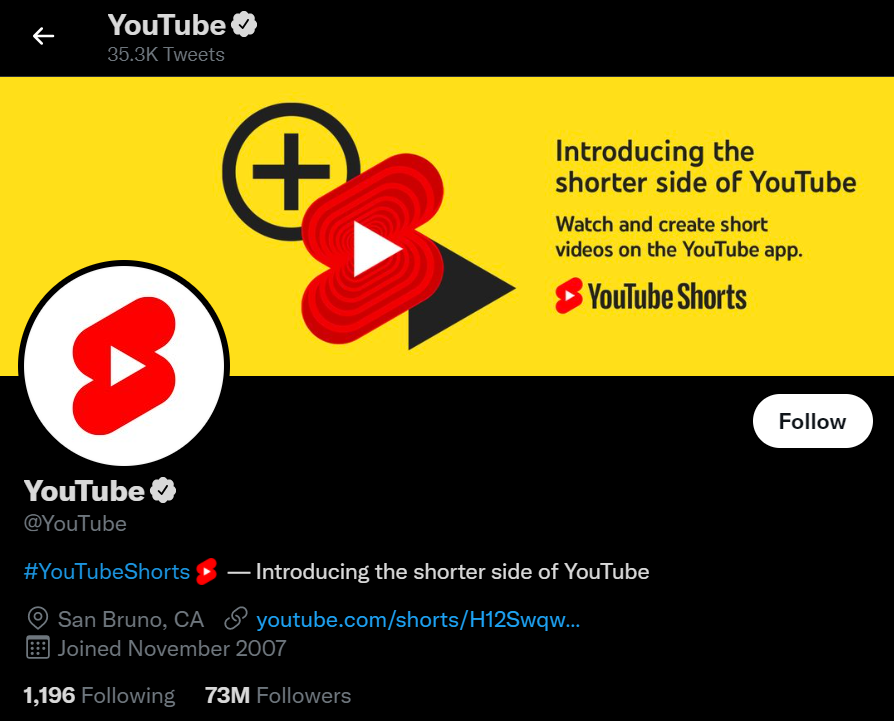 Though YouTube isn’t a celebrity or a public figure, it is the undisputed biggest online video-sharing platform in the world. Not a shocker to see it ranked 10th. Despite YouTube’s massive following on the bird app, the Twitterverse still hasn’t forgiven them for the sins that are called YouTube Rewind 2019 and 2020 (or lack thereof). 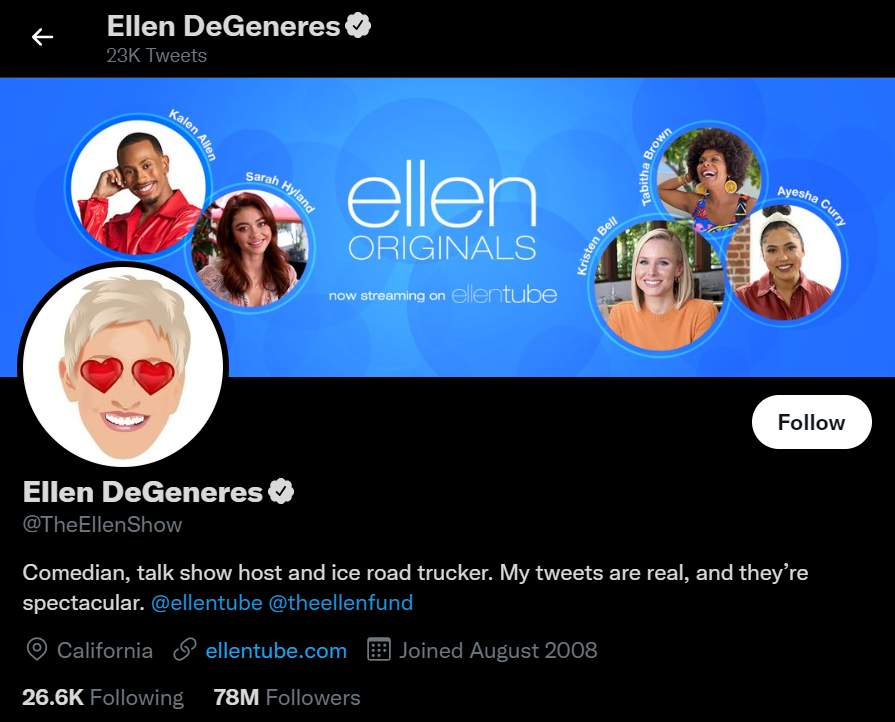 Everyone’s got their fair share of opinions about The Ellen Show and Ellen herself, but it’s a fact that she’s still pretty popular on Twitter—regardless of recent allegations of being the catalyst for a toxic work environment. Also, is no one going to ask if it’s a coincidence that she decided to end her show at the same time these claims gained traction? 🤔 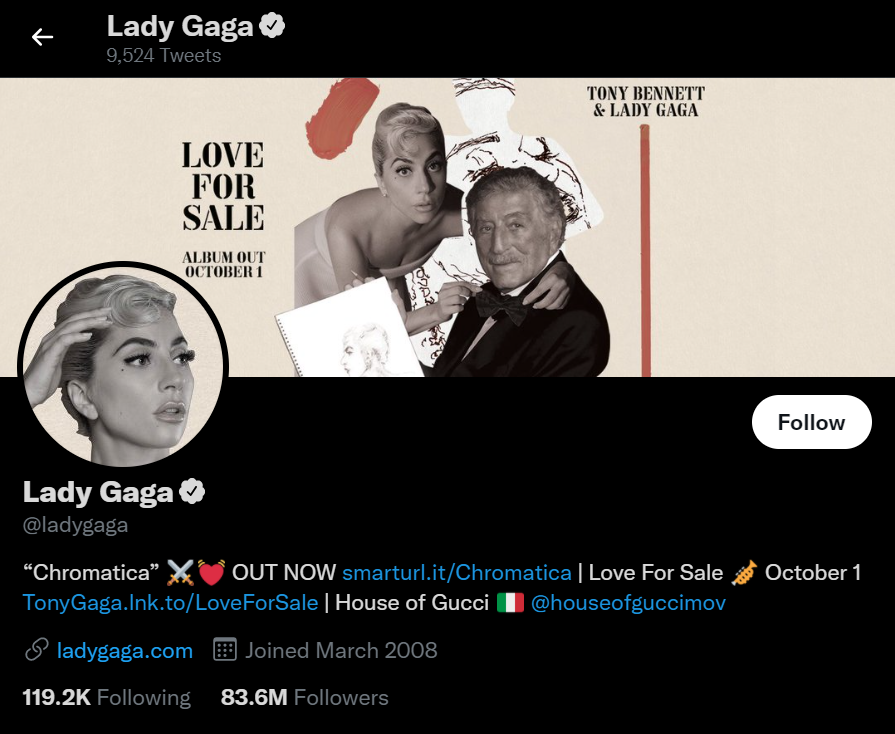 Say what you want to say about Lady Gaga—she deserves all the hype and followers she has. On top of her insane versatility and commitment to different styles of music, she’s widely considered an icon of modern culture and art for her daring (and controversial) music videos from the 2000s and 2010s era. Oh, and who doesn't love how outspoken she is on Twitter? 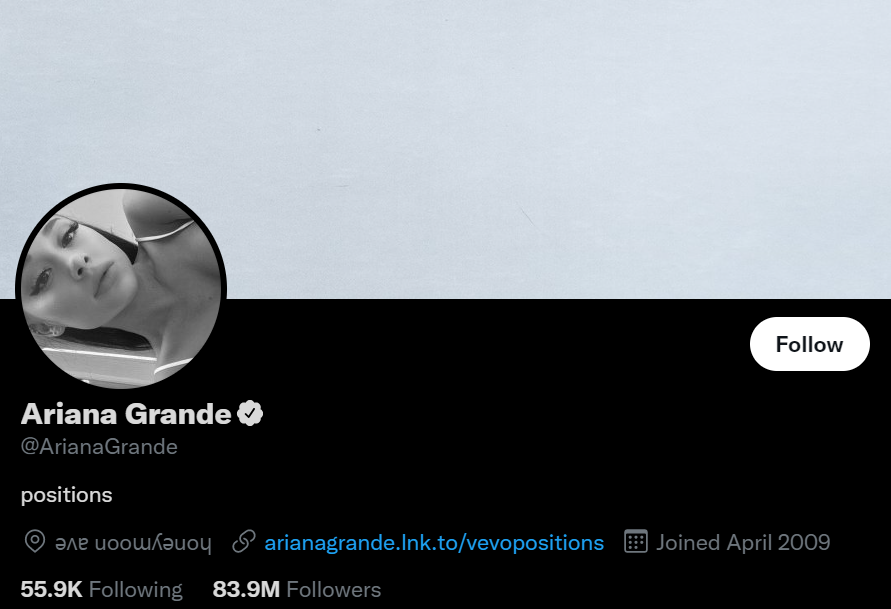 Ariana Grande is undoubtedly one of the most influential figures and artists in recent times. From her commercial success with songs like Problem and Break Free, she is now in a comfortable position where every song is an automatic banger. Thanks for reminding how much you love your 83 million followers, Ari. ❤️ 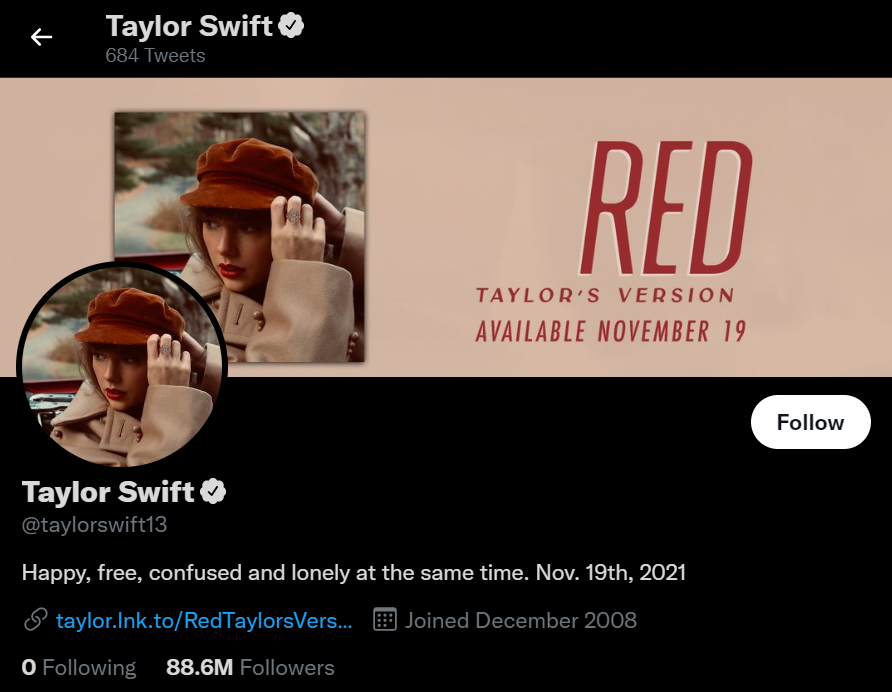 It’s undeniable that Taylor Swift went through major changes throughout her career. From being the high school crush of every imaginable teenager, to an individual who empowers the youth and women with her music. She also had an insane 2020 with 2 album drops that were highly praised and reflective of her maturity over the years. Who’s excited for RED (Taylor’s Version)? 👀 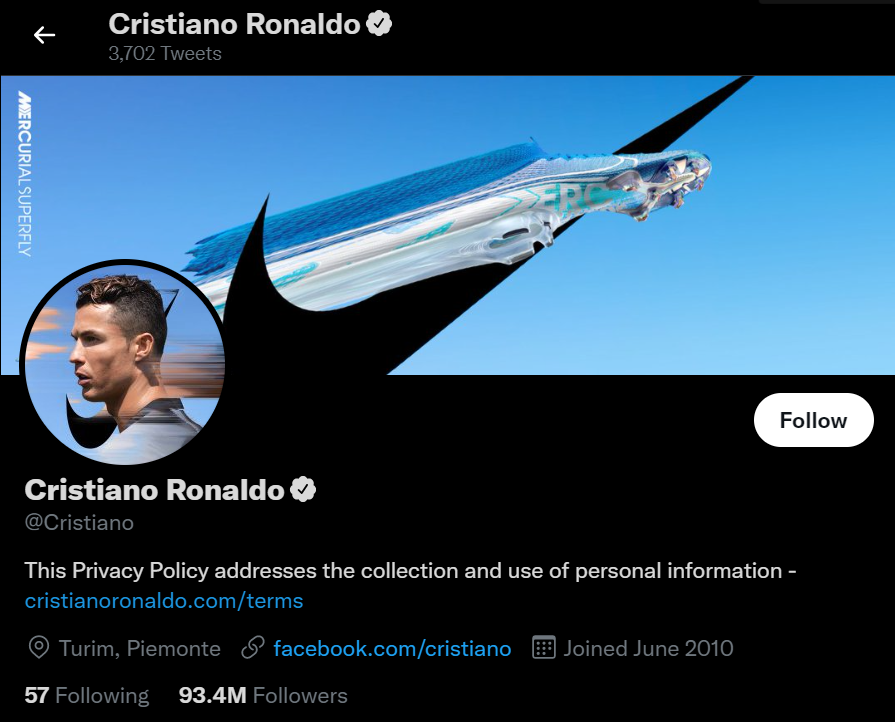 The legendary Cristiano Ronaldo is the undisputed face of the sport offline and online. As one of the GOATs of football (that’s soccer for our American folks), he's also the most followed account on Instagram with over 331 million followers. Just goes to show that Ronaldo does not only hit his goals on the field but in real life as well. 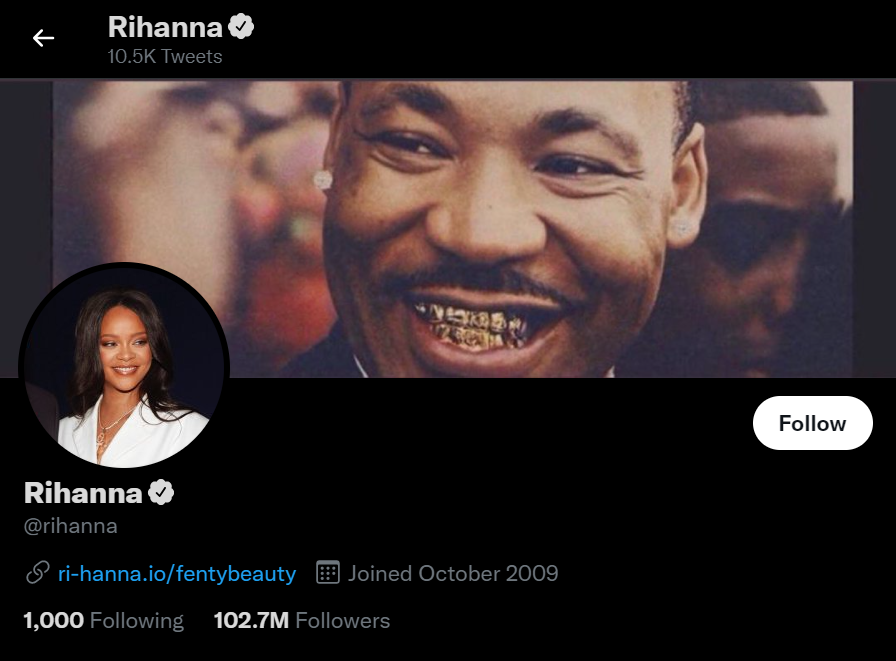 Finally, the first 100 million on the list! If you ever get jealous of pop star Rihanna’s success, remember that her follower count is now about one tenth of her net worth... that's right. RiRi's now a billionaire, most of that wealth coming not from her music, but from her business ventures. Where the album at though, RiRi?! 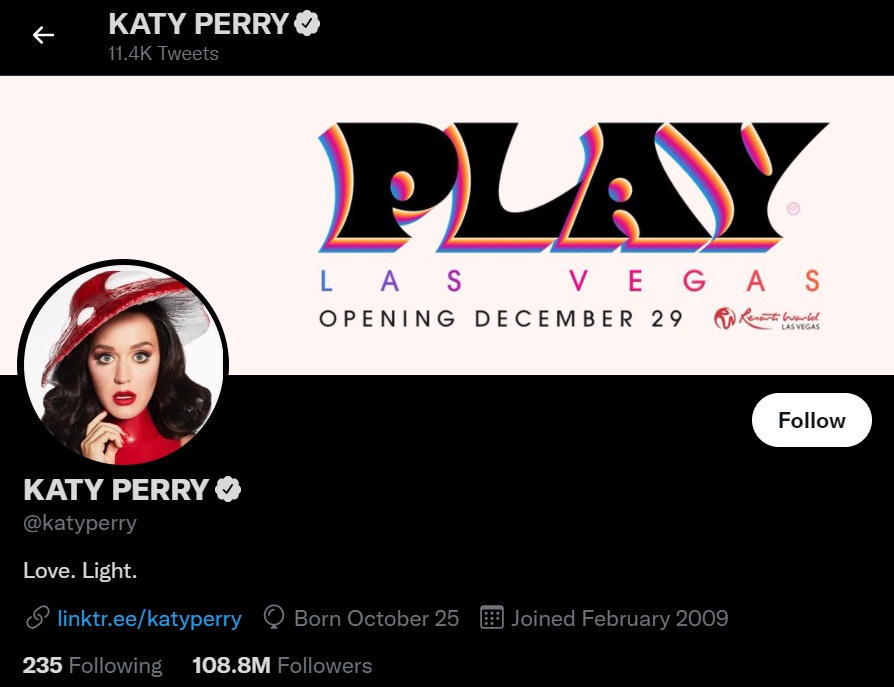 As one of the best-selling music artists in the world, it’s not a surprise to see Zooey Desch—oops—Katy Perry rank this high. Katy's commonly known as one of high school teenagers’ popular celebrity crushes back in the good ‘ol days of the late 2000s and even 2010s. Though some people nowadays wonder if Katy has a weird thing for Math, we do miss constantly hearing Firework and Teenage Dream in every Forever 21 store. 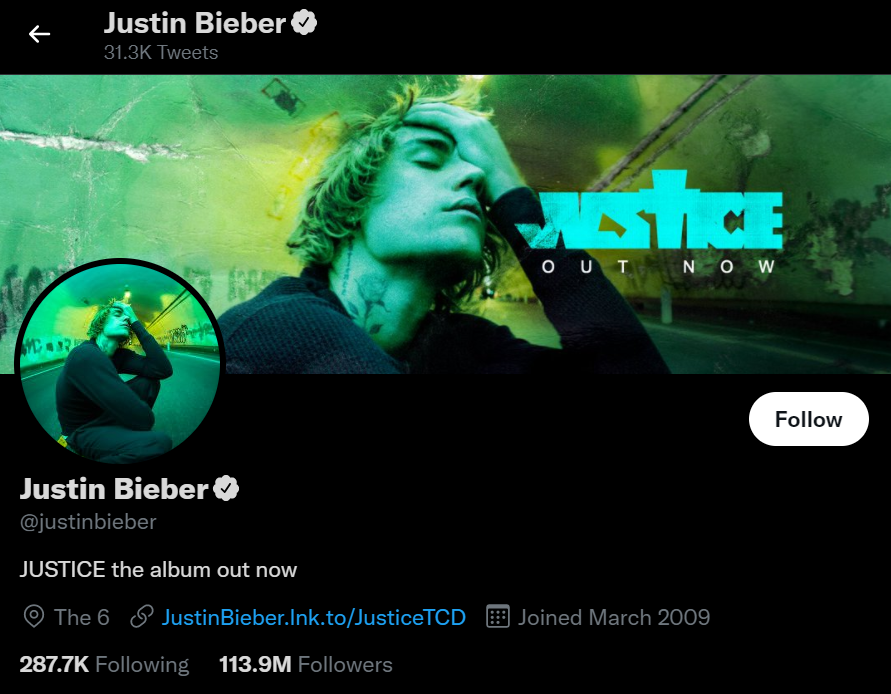 Justin Bieber is another pop star who went through some massive changes from his commercial breakthrough in the 2009-2011 era. Whether you like him or not, the Biebs has had his fair share of hits. Who knew that the guy who did Baby would also be the same guy who would sing Peaches and Intentions? 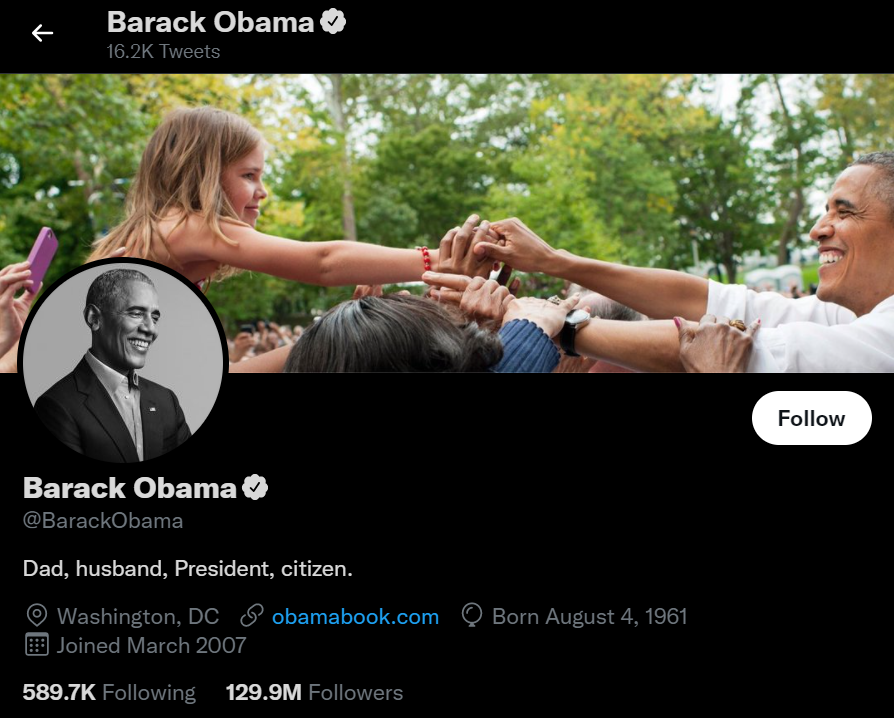 Want to feel old? It has been two presidents since Barack Obama was in office. Despite that fact, he still stays relevant and influential to this day by being an individual who advocates for equality, justice, and the wellbeing of other people. And yup, he’s the most followed account on the bird app! That’s President Obama for ya.

Fun fact: Six out of ten people in this list are pop stars. Is that the secret formula for crazy numbers on Twitter?!