You could say we just got a fleeting glimpse of it. 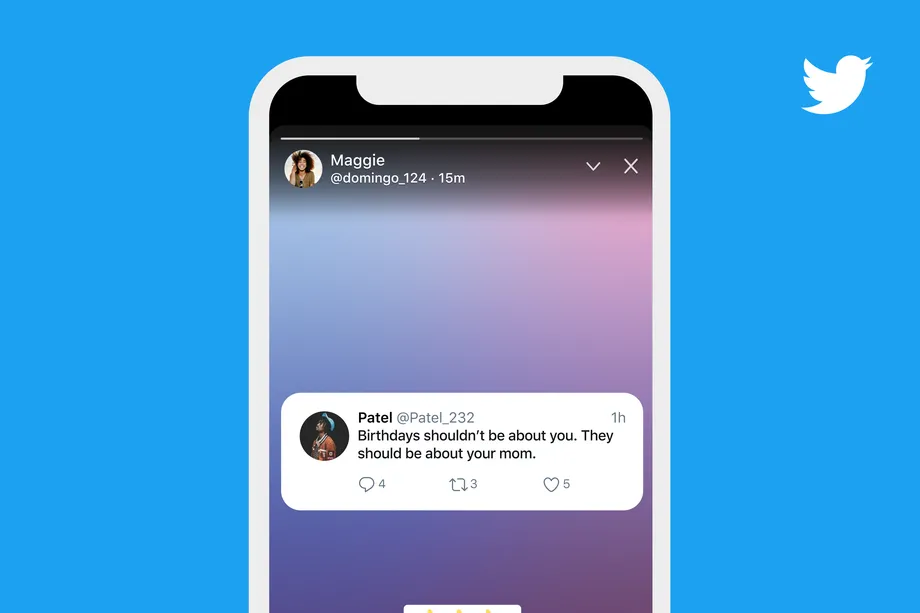 It’s been a month since Twitter axed Fleets and nothing’s really changed on the platform—for better or for worse. In case you forgot what Fleets are, they were Twitter’s attempt to get into the “stories” game. But after only 8 months, Twitter deemed Fleets a failure for the platform, and decided to axe the feature. What, how, and why? Let’s dive into the world of Fleets and look at it from a retrospective—from what went right, what went wrong, and what the future could could look like for Twitter. Plus: Could we see Fleets make a return?

What were Fleets again?

You might be the 20% who used Fleets regularly or the 80% who didn’t even know that Fleets were a thing, so here’s a refresher for you: Think of it as Instagram Stories or Snapchat Stories but on Twitter’s marketing term and fashion. It enabled users to post fullscreen tweets that disappeared in 24 hours. That means it can be anything that you could do on Twitter—videos, photos, and good ol’ regular tweets—in fullscreen format. Sounds like a decent concept, right? It's nothing new at this point, but it's at least another outlet to share your content on.

It sounds cool on paper, but, unfortunately for Twitter, the Fleets experiment failed to integrate seamlessly along with Twitter's other features and premises. After all, tweets are already ephemeral. So a temporary version of something that's already fairly short-lived wasn't going to hold up for too long.

What happened to Fleets?

On July 15, 2021, Twitter announced that Fleets would be shut down on the 3rd of August, 2021. We don’t have any info on whether there’s going to be Fleets 2.0 or any sort of new, flashy ways to show off your tweets, but Twitter did state that they will continue working on some new stuff. So why did Fleets only have a lifespan of 8 months? 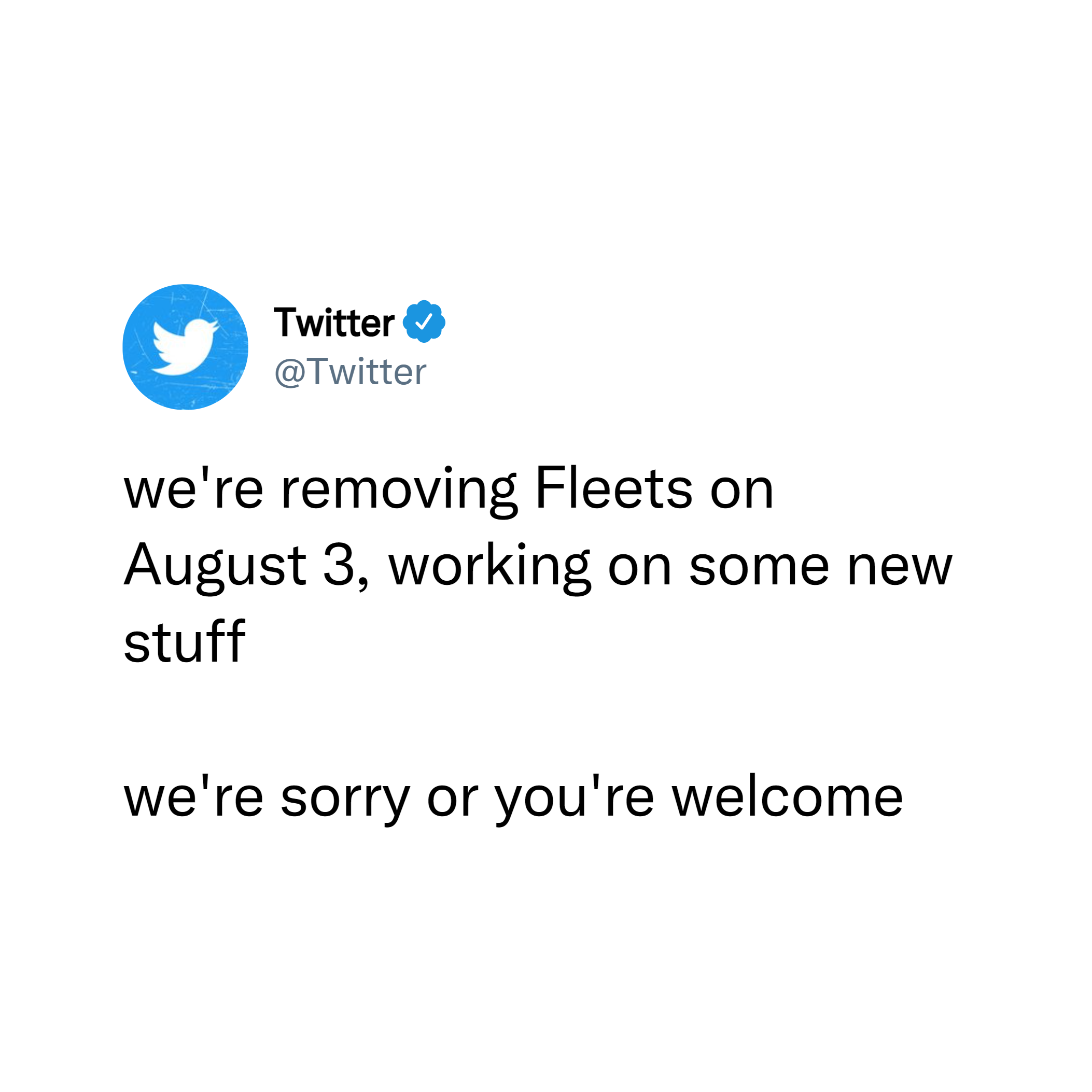 According to Twitter, Fleets failed to increase engagement rates between users. Fleets didn’t really do anything new or unique. In addition to that, not a lot of users were posting Fleets or were even viewing other users' Fleets because of how much it lacks uniqueness and distinction from other platforms’ stories features. For example: Fleets were very barebones, lacking advanced features like timely stickers, geolocations, music, and other elements found on the popular Instagram Stories. 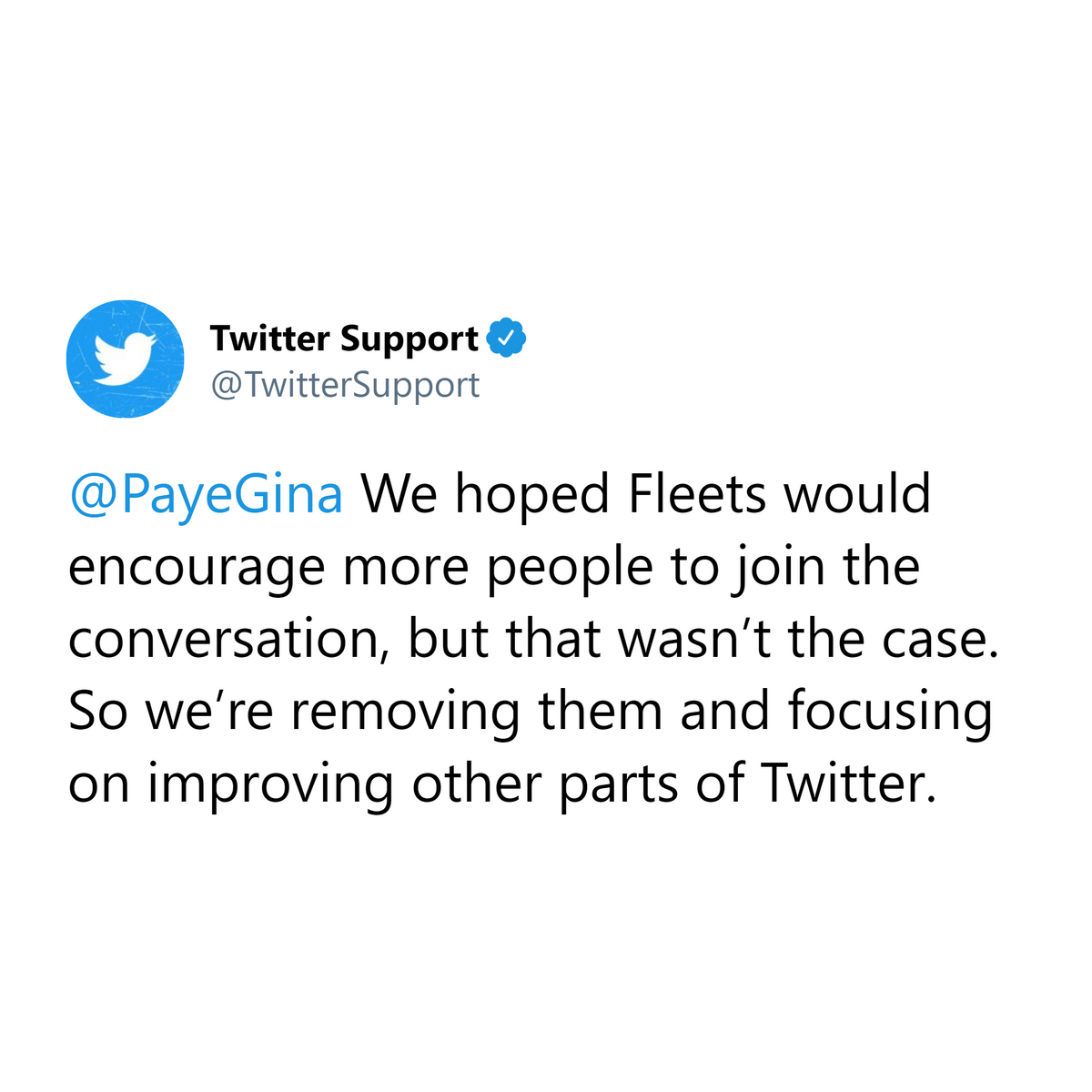 As with any new features, it was primarily celebrities, businesses, and marketing teams who took advantage of Fleets because it was a new platform for them to share their upcoming concerts, business ventures, or new products which were entirely against Twitter’s vision of what Fleets were supposed to be. They were supposed to boost organic interactions between people, create new conversations, and ultimately make people jump ship from Instagram Stories and Snapchat.

It’s easy to take jabs at Twitter’s failed experiment, but many users praised Twitter's experiential nature and willingness to test, fail, and iterate. For many others, the Fleets shutdown came as a shock, taking the opportunity to beg the company for the ability to edit tweets. 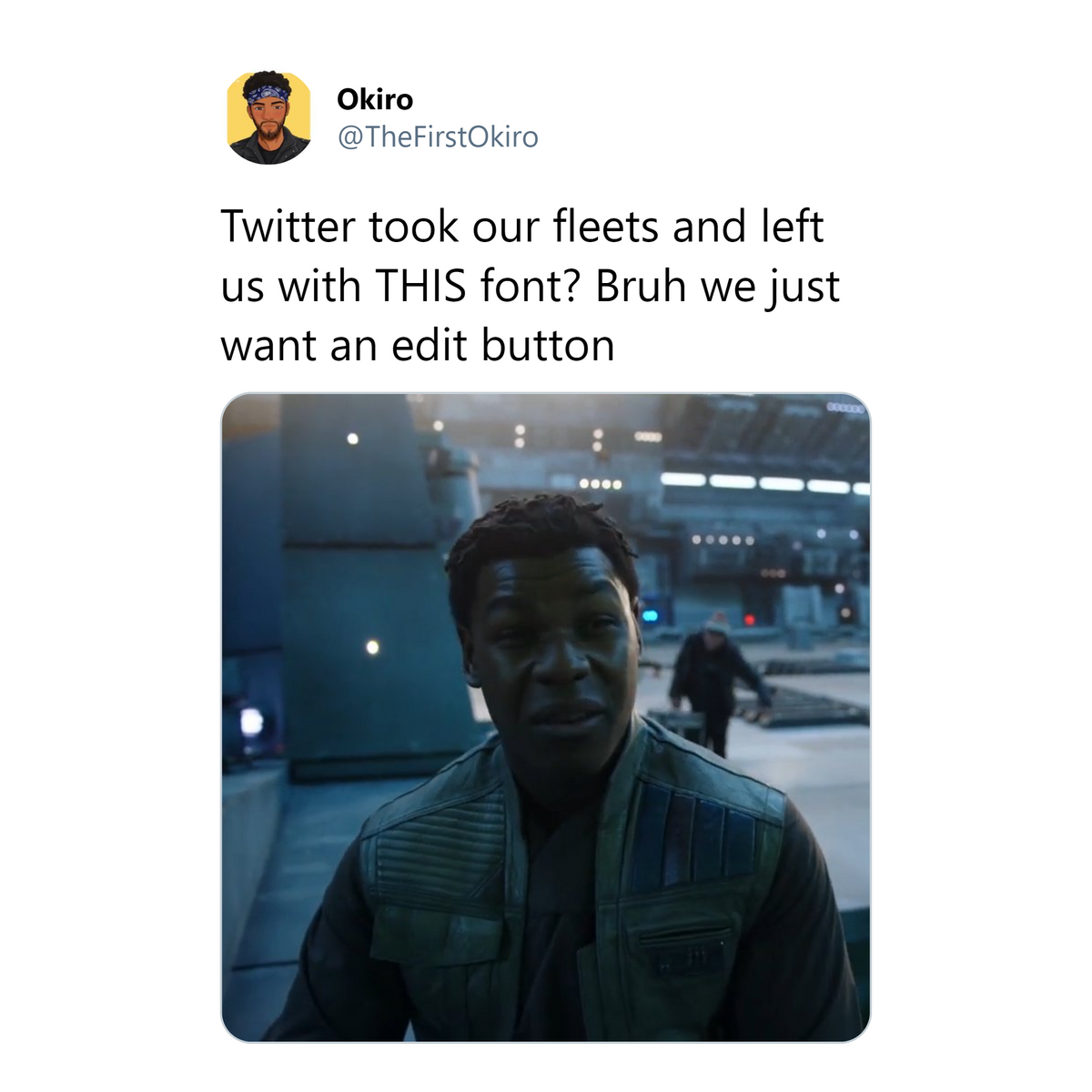 As Twitter learned, the Twitterverse is the place that users come to for tweets, rather than 15-second clips. Regardless of the format, the user base on Twitter is naturally more text-inclined, which contributes to the detriment of Fleets. But what if Twitter just took their time with it and let people discover the potential of Fleets for finding connections and other users; could have it been a big hit? You know, this news was also a bummer for us since we were already working on Fleet shirts, but oh well. For now, we'll keep creating head-turning tweet shirts.

It’s an understatement to say that Instagram was successful in copying, or, cough, adopting Snapchat’s Stories feature into their app. They are currently in a battle with Snapchat in the Stories game, and it's thanks to the short clips and photos nature of Instagram that helped a lot in cementing their place as a "Stories" app.

So why did the stories feature work for Instagram while Twitter failed? Like we mentioned earlier, Instagram is visual by nature, meaning photos and videos thrive in the platform. Instagram intelligently recognized that many people treat their feeds as an art gallery. Rather than documenting their lives in a raw, real nature, there seems to be this culture on Instagram that involves filters, edits, and even leading a fake famous and glamour life.

Since the introduction of Instagram stories, users have (supposedly) felt less social pressure to keep their feed flawless. Instead, the psychology of stories allows them to feel more comfortable creating and sharing content in a more raw and unrefined manner. The whole 24-hour-temporary-feeling is all a façade, of course, since nothing on Instagram/Facebook/Snapchat (or any major social media platform, for that matter) is truly temporary. In fact, it's quite the opposite. Meanwhile, Twitter already has tweets. Meaning you can already share your thoughts, your day, or anything under the sun with a tweet. 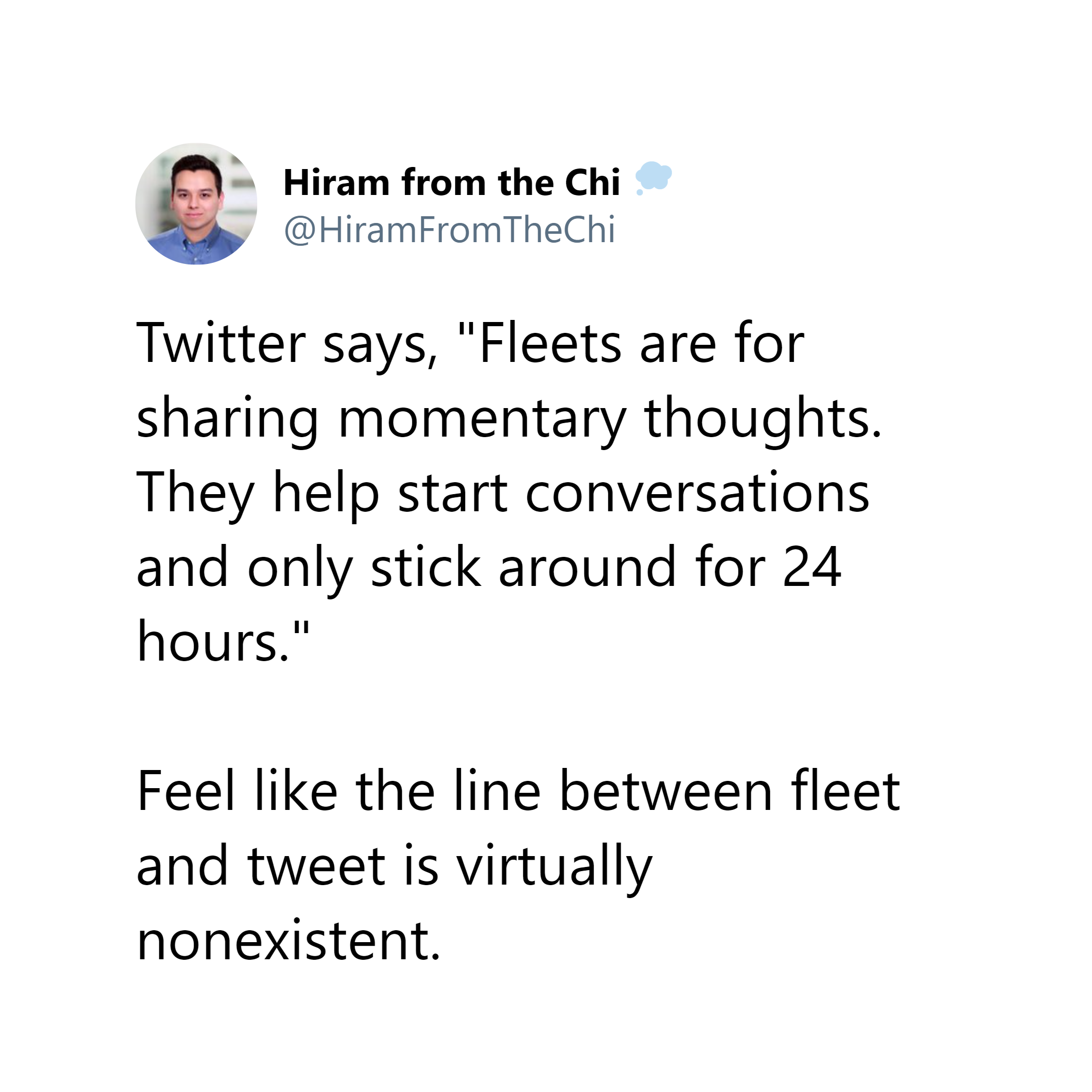 Sure, a 15-second clip may be nice in some contexts, but we already have Instagram Stories and Snapchat for that. Besides, users who have Twitter probably already have an Instagram or Snapchat account anyways for their stories. Twitter may or may not need a stories feature—that’s subjective. (Though the removal of Fleets seems to point to users not wanting/needing them.) The truth is that every major app now seems to be injecting a stories feature just for kicks. Because why not at this point.

What Twitter could do to keep enhancing the experience is make it easier for people to write. After all, it's a text-heavy platform. People write short tweets or long tweet threads, but they all revolve around one thing—writing. Nevertheless, can't knock 'em for trying to get into the Stories game.

The irony of Fleets’ shutdown

Funnily enough, Fleets only got the attention and traction that Twitter expected it to when they announced they were shutting it down. One day before the death of Fleets, users around the world started spamming their Fleets and sharing their sentiments on the feature’s shutdown with... Fleets. 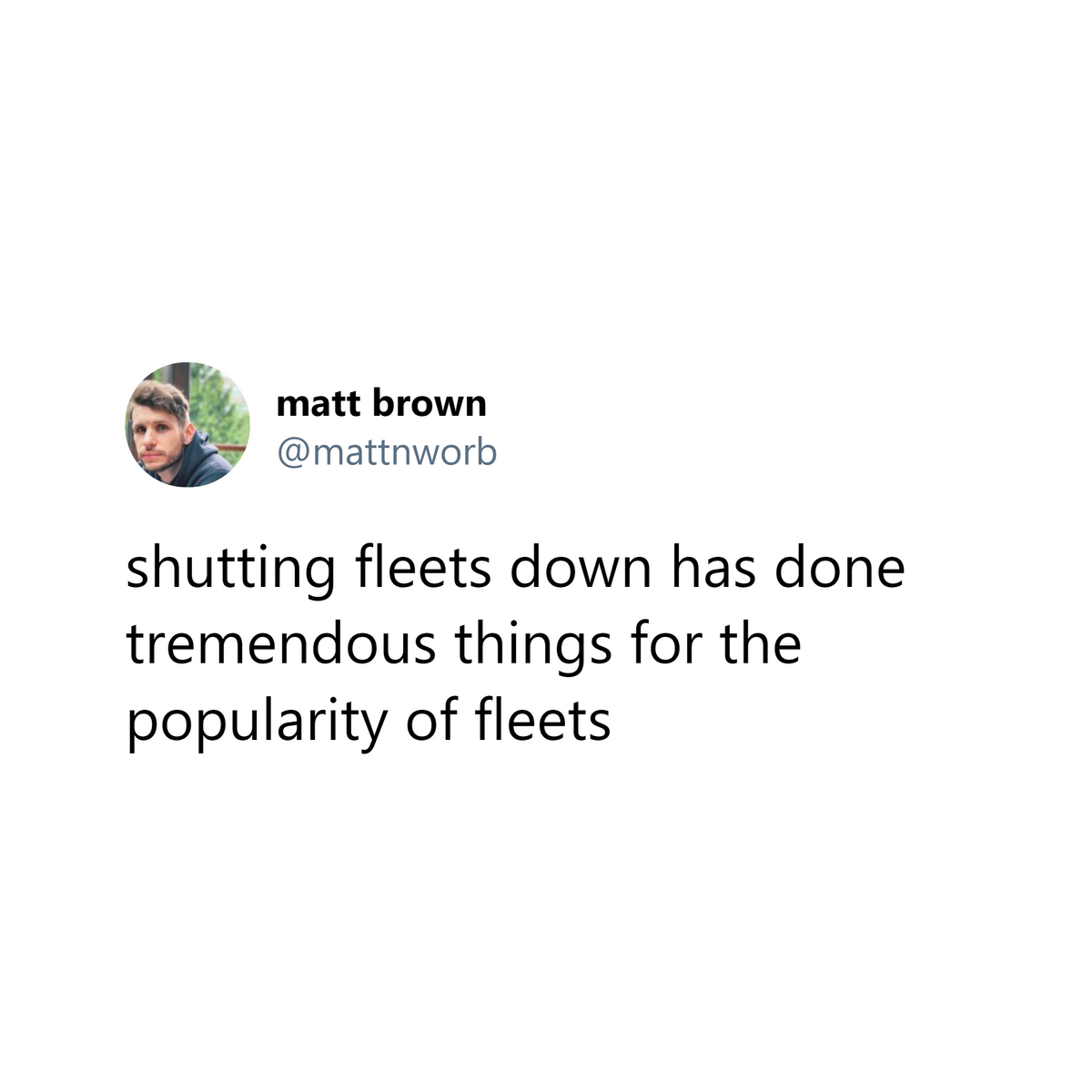 One user shared their sentiments on the irony:

It’s hard to pinpoint which direction Twitter is heading in. While there have been leaks, the company isn't always the most transparent in terms of updates and what sorts of features we might see next. We don’t even have an edit button yet (yes, Twitter, the people are not going to stop asking for it). But when we take a step back and look at Twitter holistically, it still hasn’t changed much. It’s still the place to share quirky things about your life or how the person beside you doesn’t wear a mask. It’s still the place to follow your favorite celebs and actors while also predicting the next time they’ll tweet. And of course, the place where we breed some kickass tees like these. Twitter is still Twitter, for better or for worse, and we hope that it’s not changing anytime soon.