Twitter Is Beta Testing a New Feature That Labels Bots

No, we’re not in some sci-fi dystopian future where tweets made by bots are on the trending page. We’re just in the middle of September 2021, where Twitter has pushed out a test feature in which accounts that are run and managed by bots are labeled. This is in line with their hopes of platform transparency and context preservation. 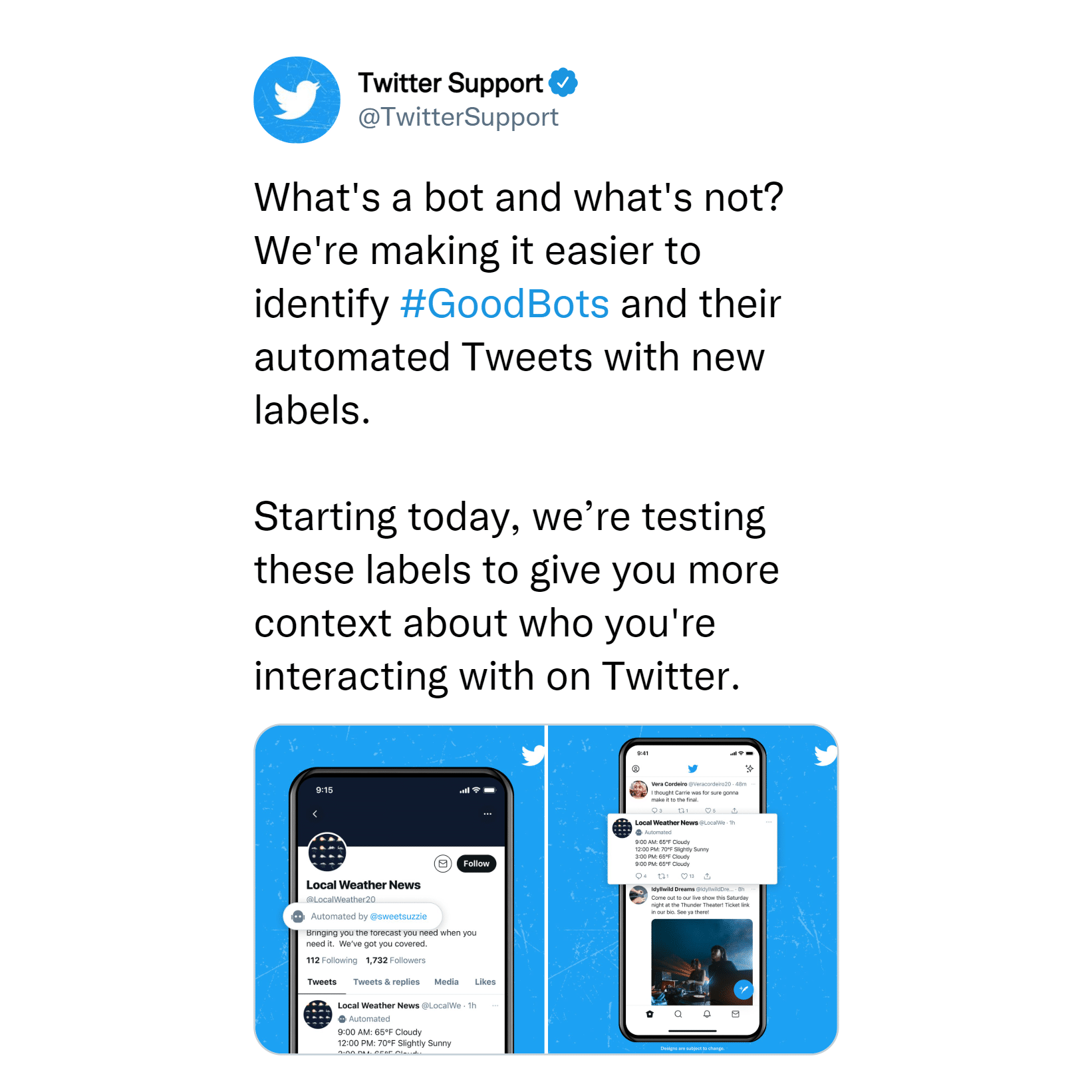 If you're dazed and confused as to what this is all about, it's basically a neat feature that will make it easier for the community to know who they’re interacting with. We can’t deny that there have been times where we tried to communicate with an account run by a bot without knowing that it was an account run by a bot, so for us puny humans, yes—this is a welcome feature that even casual users will appreciate.

Additionally, the Twitter Support team has also emphasized in an FAQ that they also wanted to segregate good bots (automated accounts) and bad bots (spam accounts made by bots) to help combat the never-ending rise of spam accounts. These spam accounts are notorious for sending rather suspicious requests via DMs like asking for your social security number or your PayPal account credentials. Sure, @notabot_0101110, you’re definitely a real person who’s stranded somewhere and is in need of my credit card to save himself.

Twitter has stated that the feature is currently being tested with a few accounts, so don’t expect logging into your account today to unfollow spam accounts. But worry not—since we are in the modern age of AI and technology, it is very likely that this feature will make it to an official update. 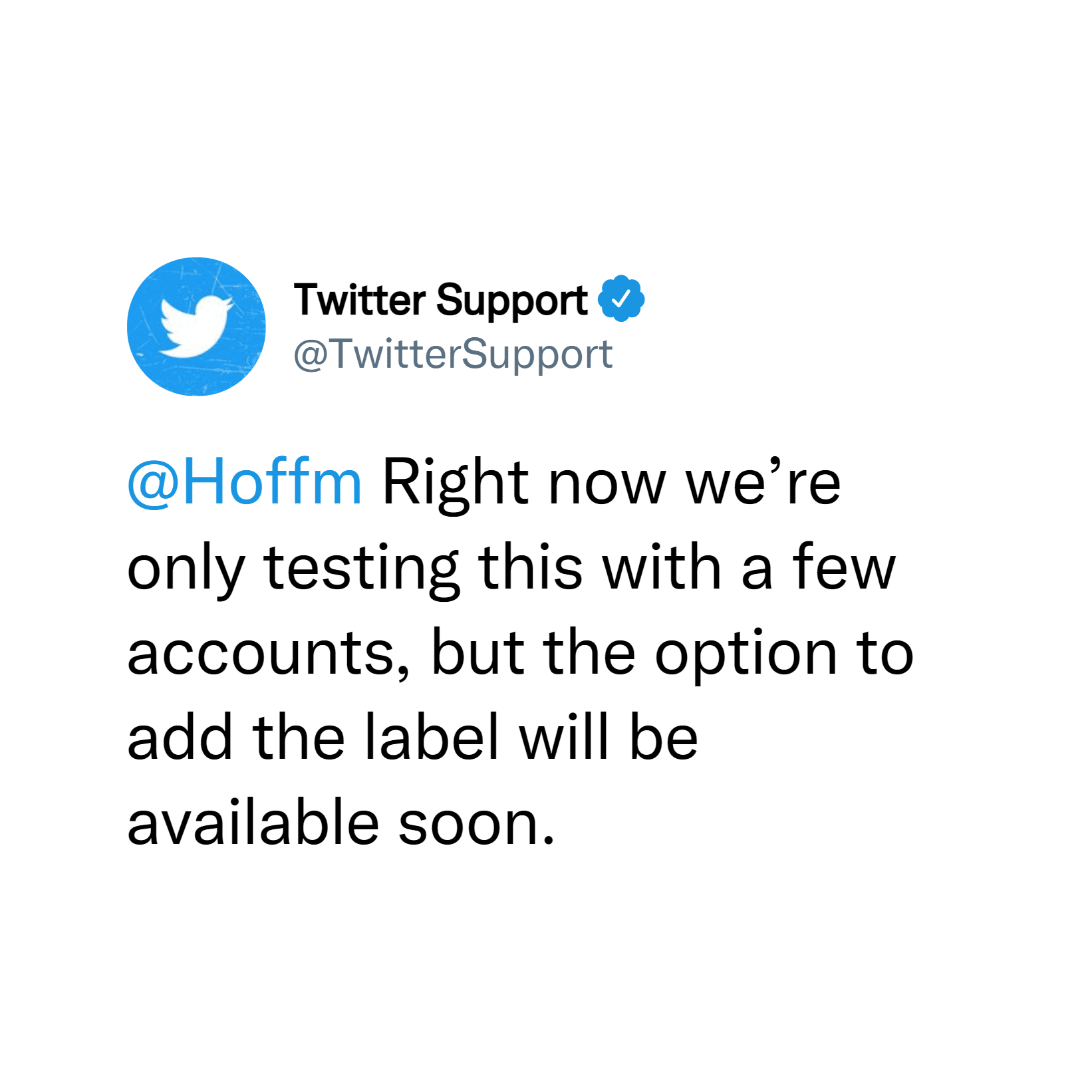