Twitter's Most Retweeted Tweets of All Time

The Twitterverse is a huge and diverse place. It is where billionaires, boy bands, presidents, and YouTubers join a ridiculous list of the most retweeted tweets of all time. It’s not often that we see these types of people together in a list, but when we do, it’s definitely because of something controversial, crazy, or an act of philanthropy.

Let's jump into the top 10 most retweeted tweets of all time. We don’t want to spoil anything for you, but this won’t be the last time you’re going to see a giveaway tweet on this list. Taking the number 10 spot is Spanish YouTuber El Rubius’ second giveaway whom he required his followers to retweet so that they could participate. Due to his large following, he garnered over 1.49 million retweets without breaking a sweat. Who knew you can get people’s attention with fame and money? 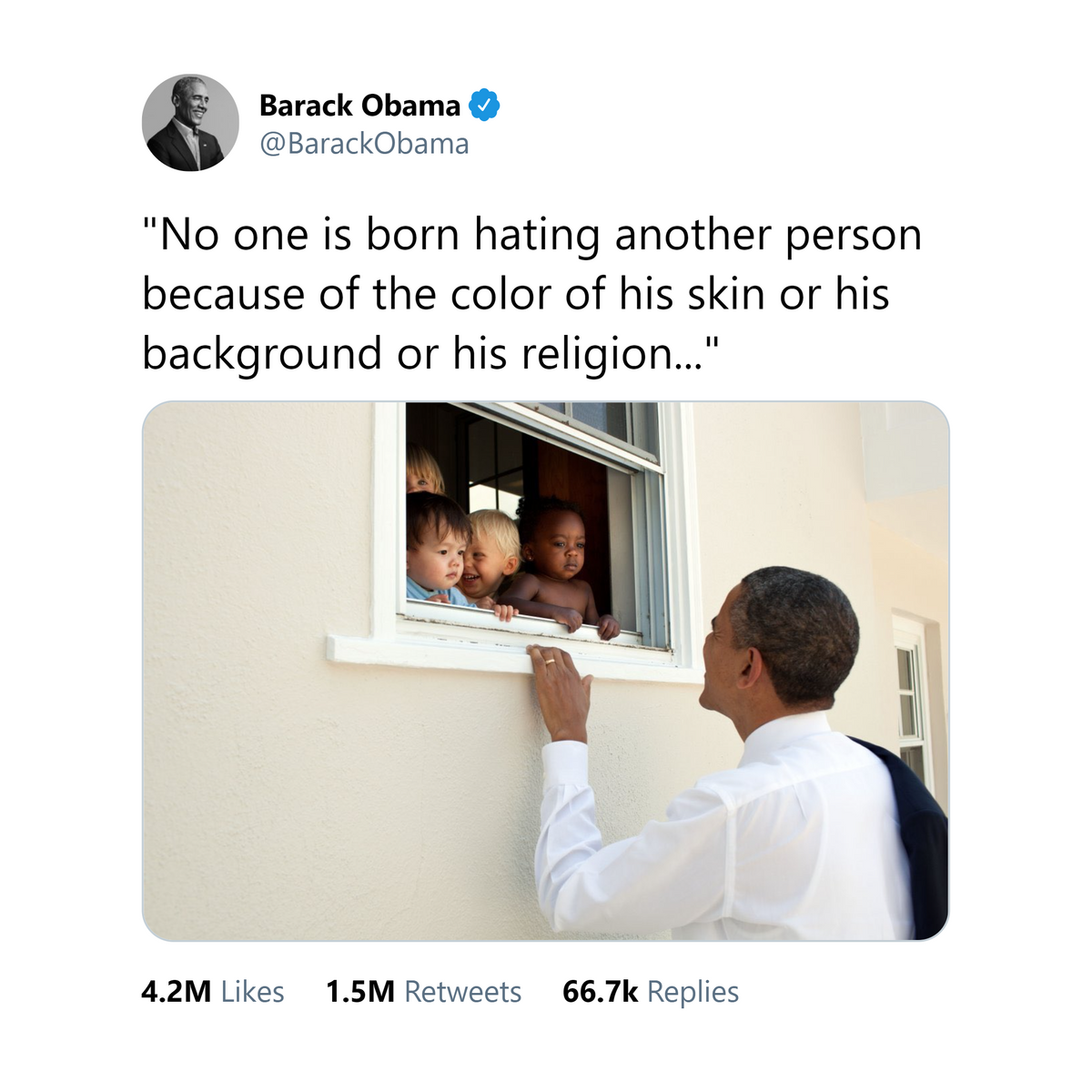 No individual should ever tolerate racism nor people who partake in its dubious acts. Obama’s homage to Mandela could not have been better-timed, as Neo-Nazi rallies began to sprout around the United States back in 2017. 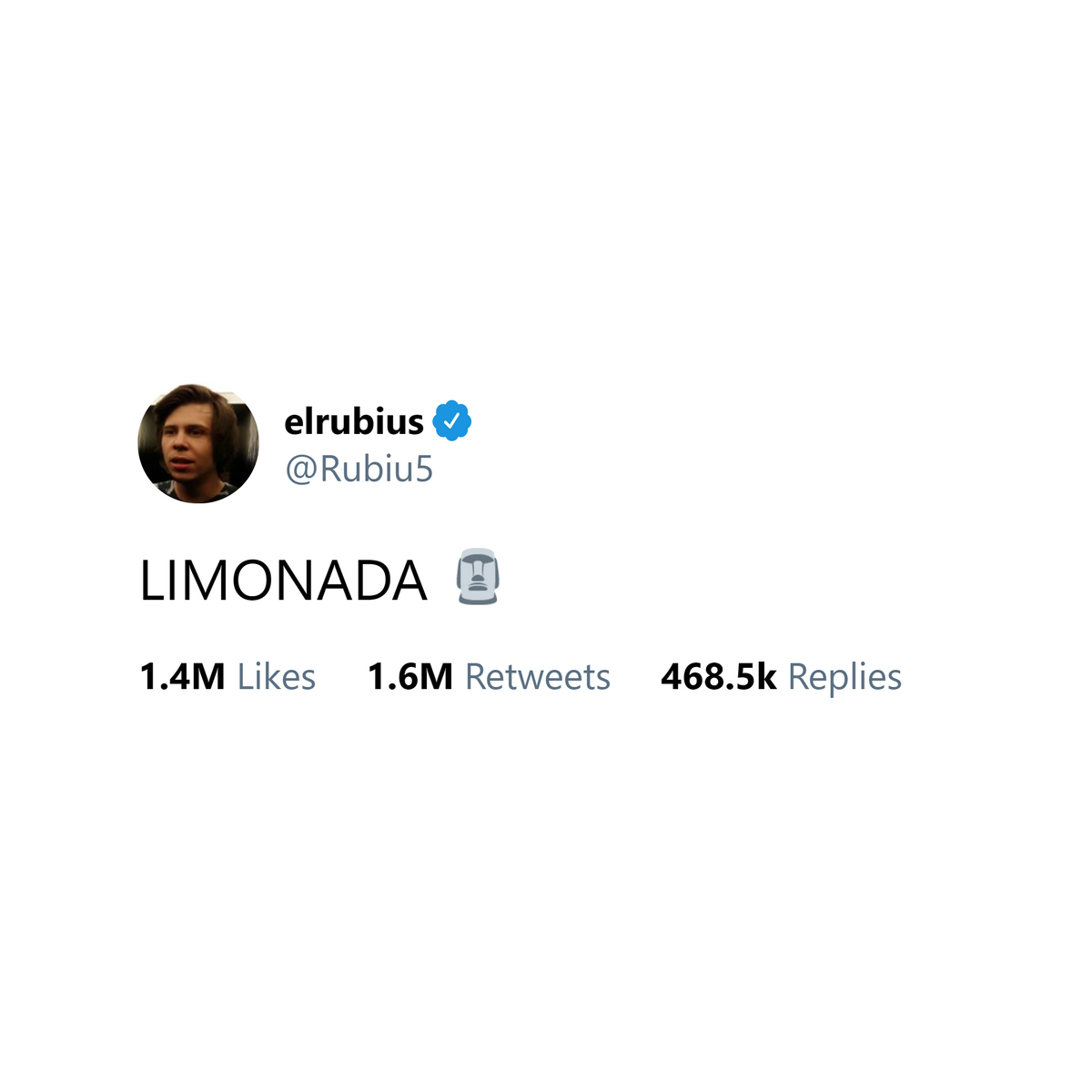 Yup, it’s El Rubius again. This was actually his first giveaway which dates back to 2016 - the golden age of YouTube, some might say. Since giveaways of this scale were rare back then, it got a lot of retweets which El Rubius probably didn’t even expect himself. 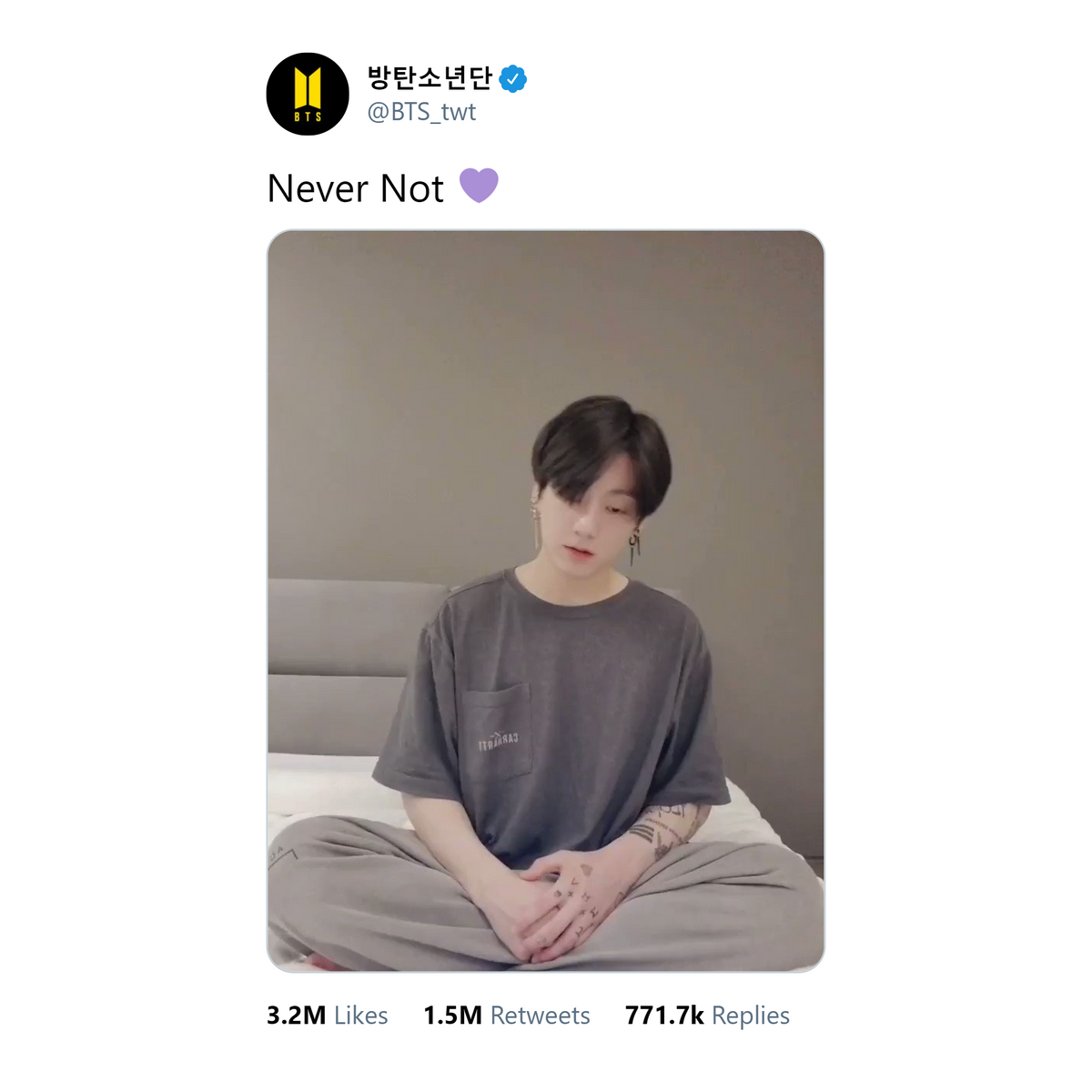 With BTS conquering 20 of the 30 most retweeted tweets of all time, it was only about time we saw them rank in this list. 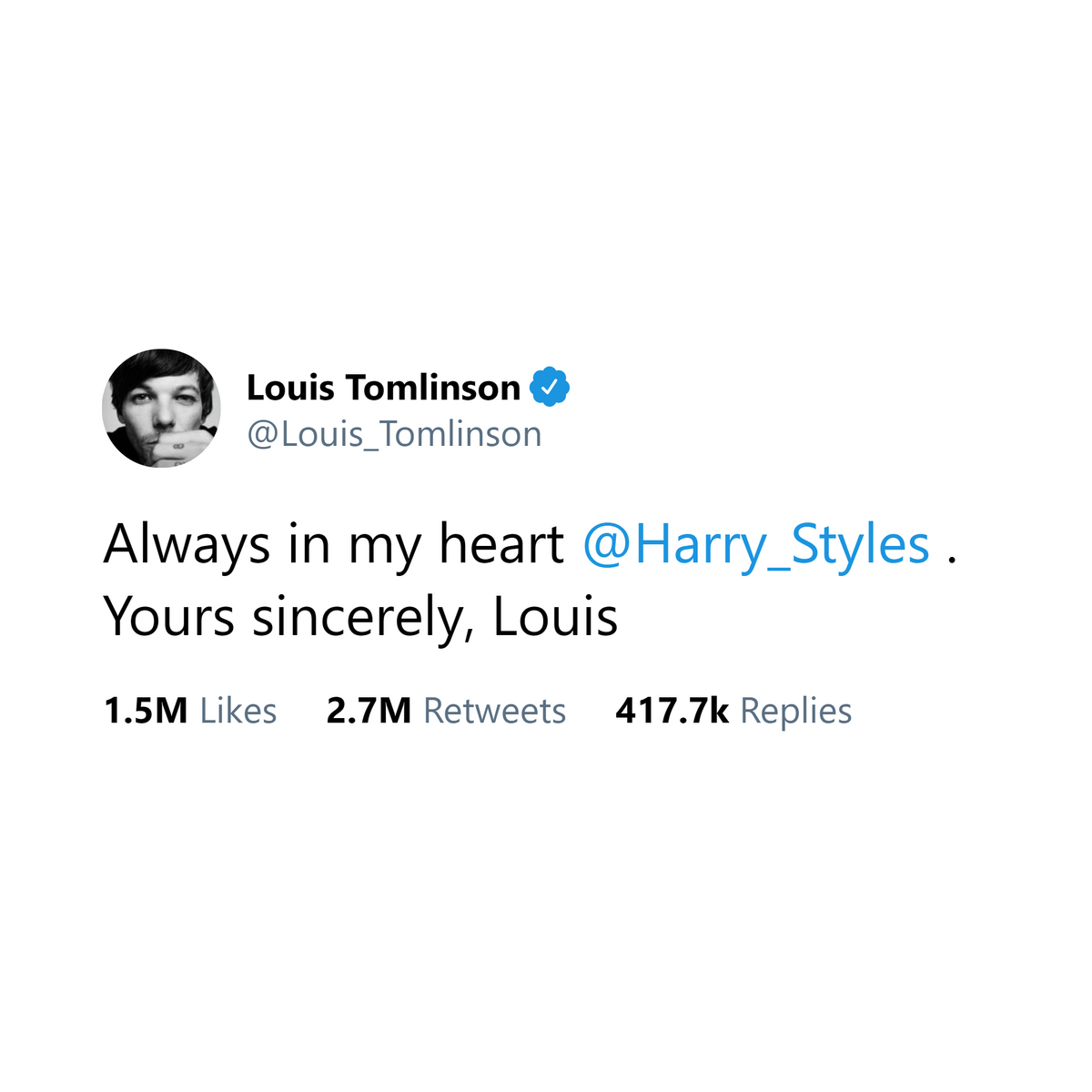 One Direction’s era were some of Twitter’s earliest days of seeing fan accounts, “Stans," and all kinds of accounts we normally see nowadays. T'was also the era where a simple yet wholesome tweet from Louis to Harry would get an absurd amount of retweets. Oh how we miss 1D. 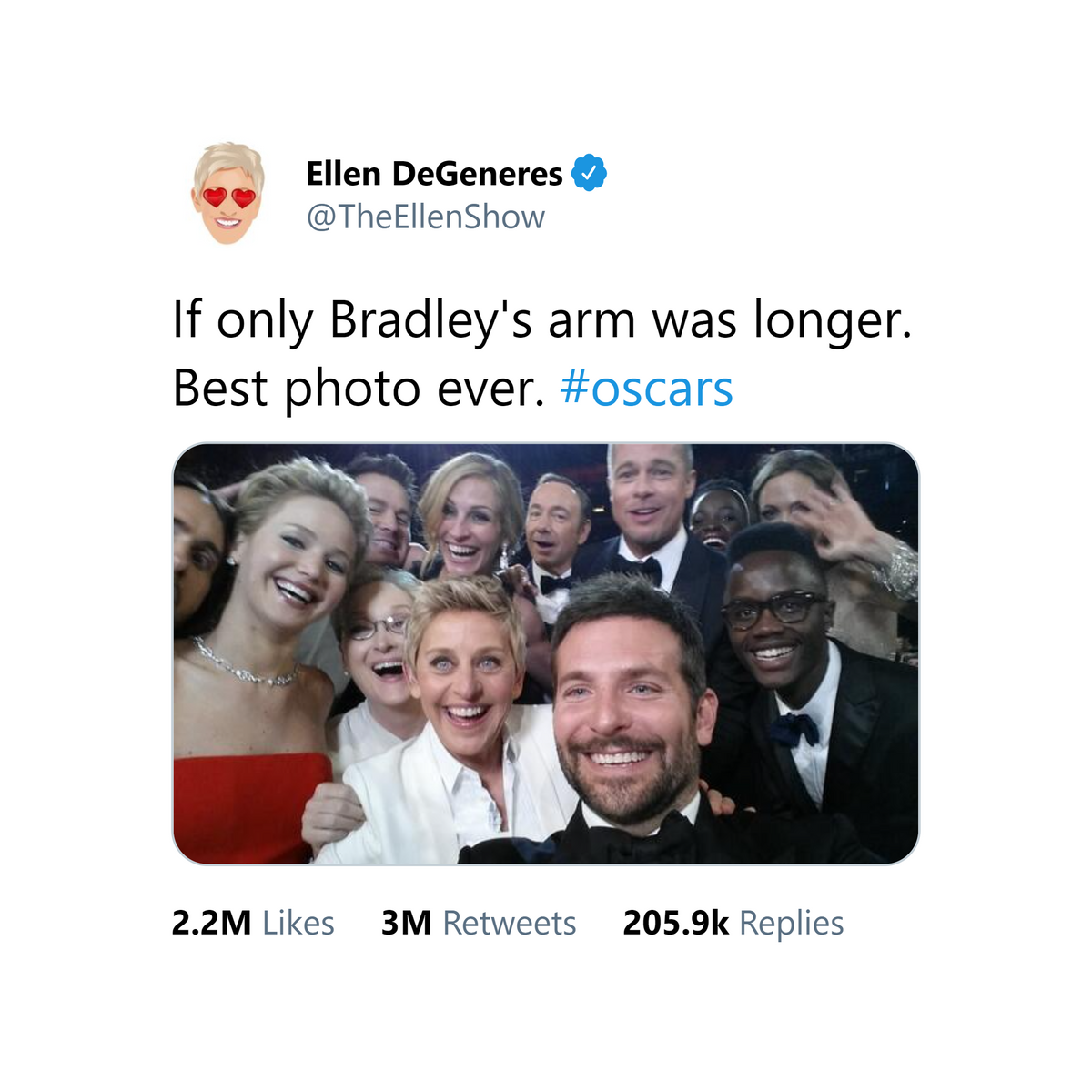 Though 2014 is 7 years ago from now, the renowned Oscars selfie still stands as the fifth most retweeted tweet of all time. It’s easy to see how this got that many retweets—a handful of A-list celebs all in one picture? At the Oscars? Plus Brad Pitt?! His presence alone probably contributed to half of this photo's retweets! Unfortunately, this image hasn't aged too well... for a variety of reasons. Let's leave it at that. 😅 The world froze as the unexpected news of Chadwick Boseman’s passing was announced. The American actor is famous for portraying one of Marvel Cinematic Universe's biggest heroes, Black Panther. Rest in Peace, King of Wakanda. Wakanda Forever! 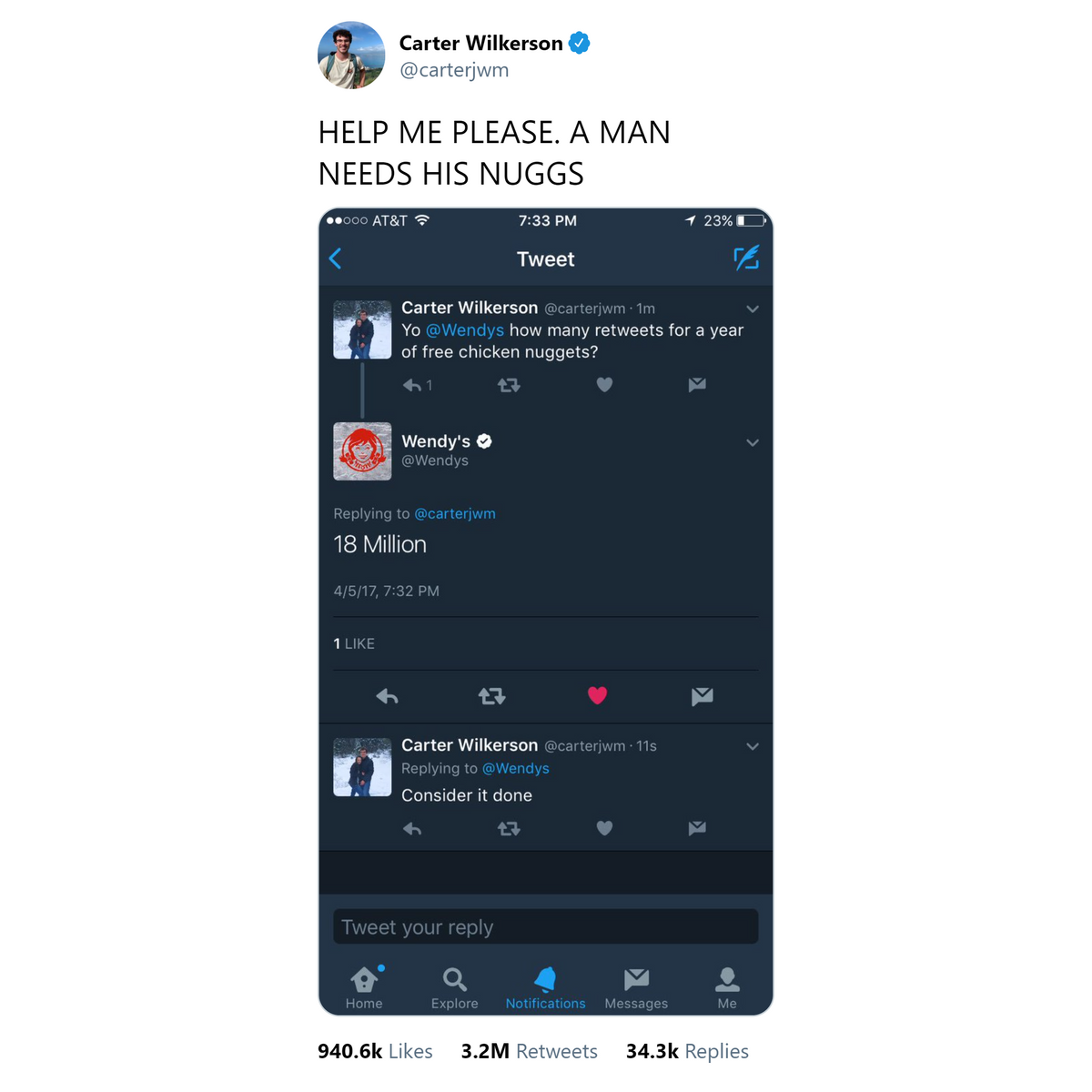 If you’ve watched “The Founder," then you’ll know that saying about persistence. “Nothing in this world can take the place of persistence,” - and no other person can back that quote’s claim but Carter Wilkerson: the man who defied Wendy’s nuggets AND Twitter records. After his infamous tweet went viral, the hashtag #NuggsForCarter quickly rose to fame as everybody and their mothers started helping this kid get his dream of a year’s supply of Wendy’s nuggets. 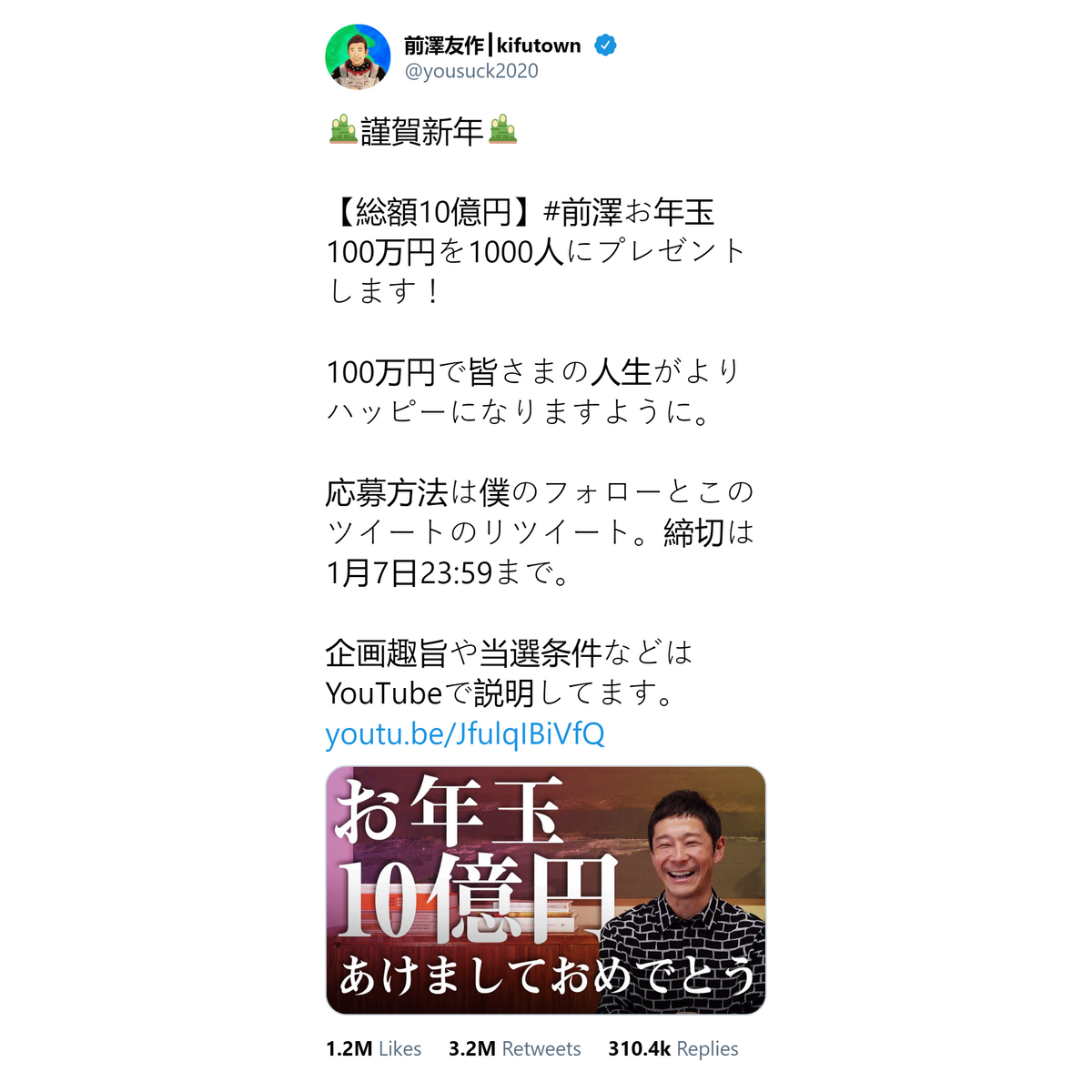 Claiming both number 1 and 2 spots is billionaire Yusaku Maezawa, an incredibly successful Japanese businessman whose acts of generosity broke the internet, not 1, but 2 freaking times. You heard that right. Maezawa is often considered to be the Elon Musk and Mr. Beast of Japan because of his craziness on Twitter and his bank account. For some context, his tweets basically promise 100 random people to win a split of 1 billion Yen and 100 million Yen respectively—that’s $10 million in freedom dollars!