Oh, Elon. The spotlight’s on you again, this time, for.. possibly selling 10% of his Tesla stock. The determining factor? A simple yes or no Twitter poll that he created, asking the public for their opinion.

Last November 6, Elon Musk tweeted a poll and made a bold move by asking his followers whether he should sell 10% of his Tesla stocks (worth somewhere between $10-$20 billion) as a means of paying taxes. 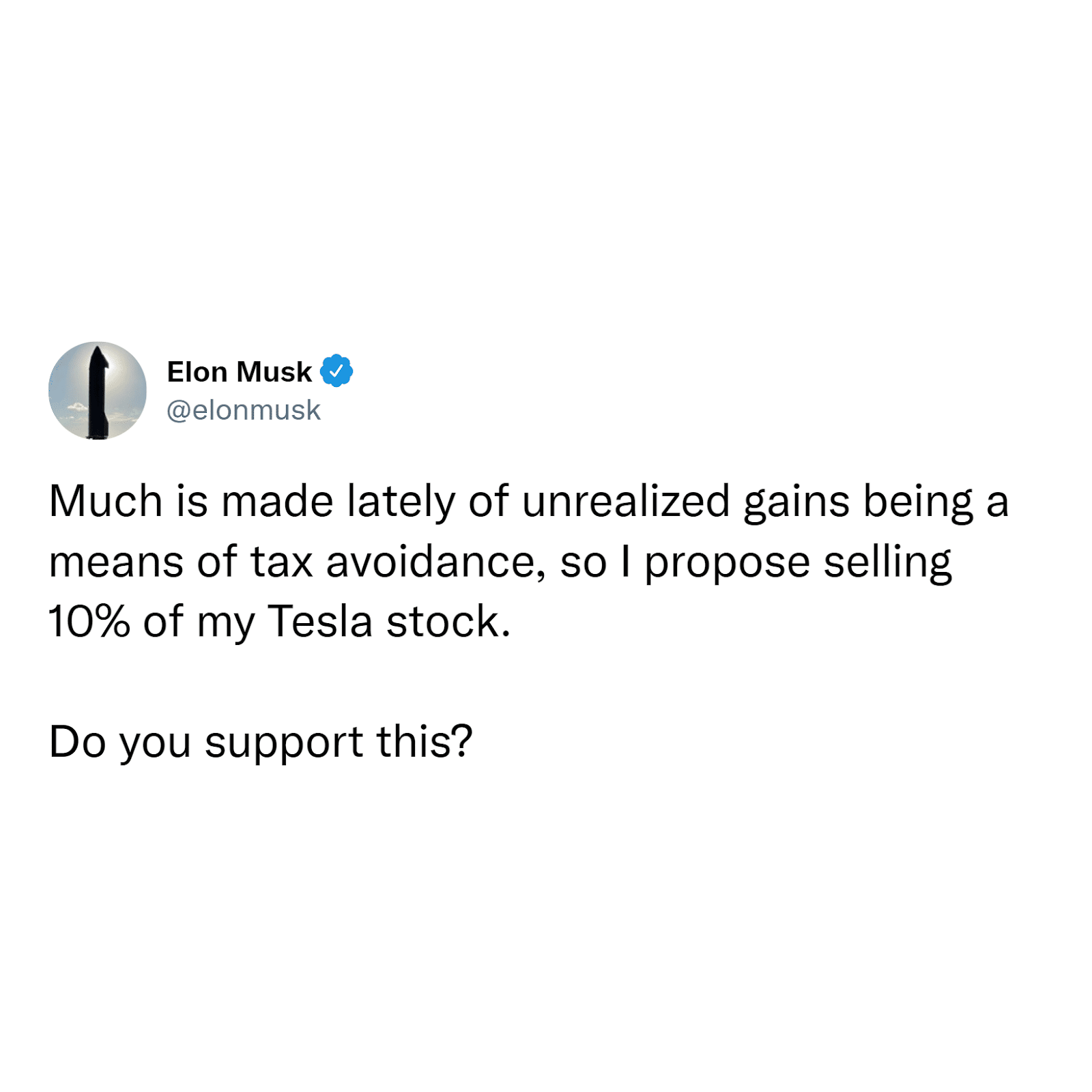 The poll went closer than expected, with 57.9% of the 3,519,252 participants agreeing while 42.1%—most likely Tesla stock owners—disagreeing with Musk’s notion.

This wasn’t just Musk being Musk on Twitter, as he promised that he “will abide by the results of this poll, whichever way it goes." He ain’t clowning around. 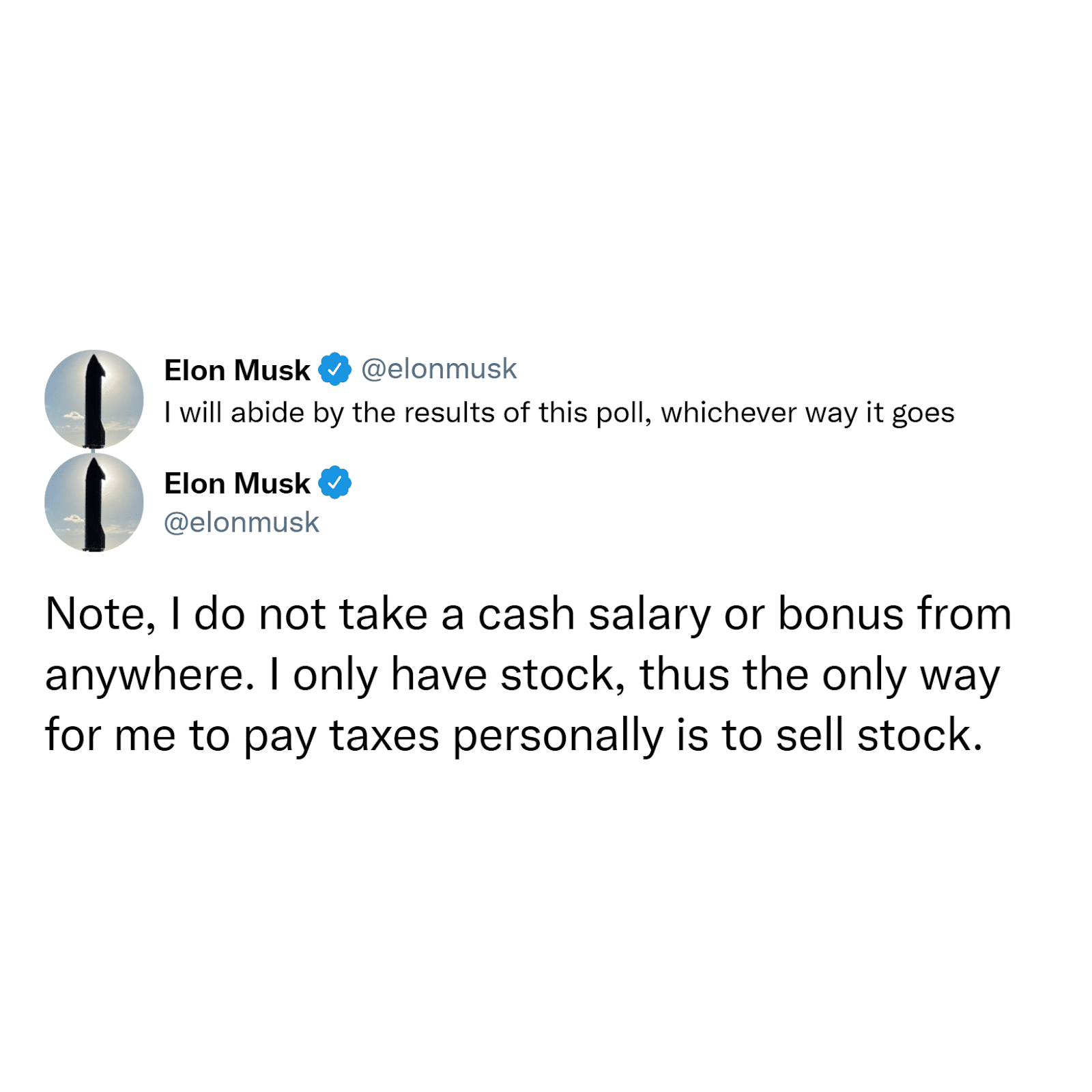 Musk also reiterated that he does not take a cash salary or bonus from any of his companies as these will only mean that he will be taxed just like the rest of us. His only form of wealth is his Tesla stocks, that is why he is keen on knowing the people’s stance on whether he should sell 10% of it or not.

Following this poll, senator Wyden, the author of the Billionaires Income Tax proposal, clapped back at Musk, stating that he’s not buying Musk’s Twitter stunts and that whether he should pay his taxes or not shouldn’t be dependent on a Twitter poll. Elon Musk being Elon Musk, he also responded to Wyden's reply with a witty yet childish tweet. 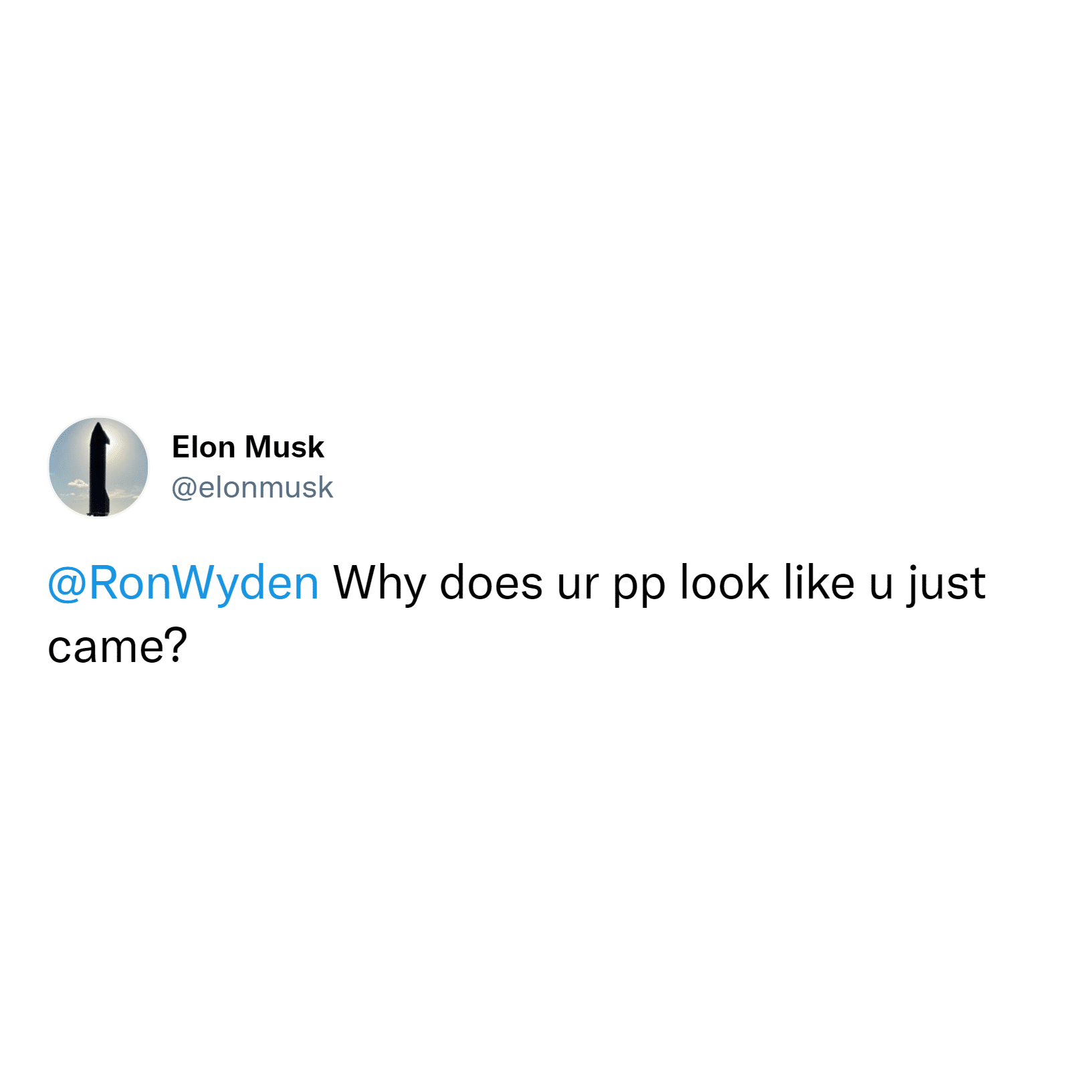 This fiasco is because of how billionaires pay less or even zero taxes compared to your average American worker. Individuals like Elon Musk, Mark Zuckerberg, and Jeff Bezos all don’t take home cash salaries, bonuses, and other forms of taxable income. Instead, they rely on the heaps of shares of their companies which are only taxable by a maximum of 20%. That’s nothing compared to the US federal income tax that can reach a maximum of 37%, not to mention state taxes. Basically, this is how the rich stay rich. Here’s an informal video from Vox that explains how the rich avoid paying taxes.

If you think your favorite celebrities are safe from this, think again. Some big stars like Kanye—or rather, the person now known as Ye—still abuses loopholes to pay as little tax as possible.

In the midst of this whirlwind of news and chaos, Elon Musk has officially sold around $5.7 billion worth of shares as of November 12 in three separate transactions which started earlier this week. Looks like he's going through with what the polls say after all.
But hey, that's roughly 3% of the supposed 10% of Tesla stocks he said he was going to sell. On the off chance he won't go through with it, you can immortalize Musk’s Tweet poll in the form of a shirt, hoodie, or sweater that won't cost ya half a Tesla stock.