Previously known as Kanye Omari West, the musician will now be known simply as Ye.

According to a communications officer with the Los Angeles Superior Court, the rapper's motion for a name change was approved. In August, the 44-year-old artist filed the request, citing "personal reasons” behind his motive.

Ye was already a moniker for Kanye, who is best known for songs like Gold Digger and Stronger, Heartless, and was also the title of his 2018 album.

the being formally known as Kanye West
I am YE

Alas, after 3 years and 1 month, his prophecy has finally come to life and the being that was Kanye West is officially known as Ye—just Ye. Nothing more, nothing less.

In various interviews, Ye has stated that the name has religious significance, as well as being a shorter form of Kanye.

I believe 'ye' is the most commonly used word in the Bible, and in the Bible it means you. So it's I'm you, I'm us, it's us.

Following this controversial yet very Kanye name change, the Twitterverse had their fair share of thoughts about the rapper’s brand new identity.

Some people are still confused with the name’s pronunciation 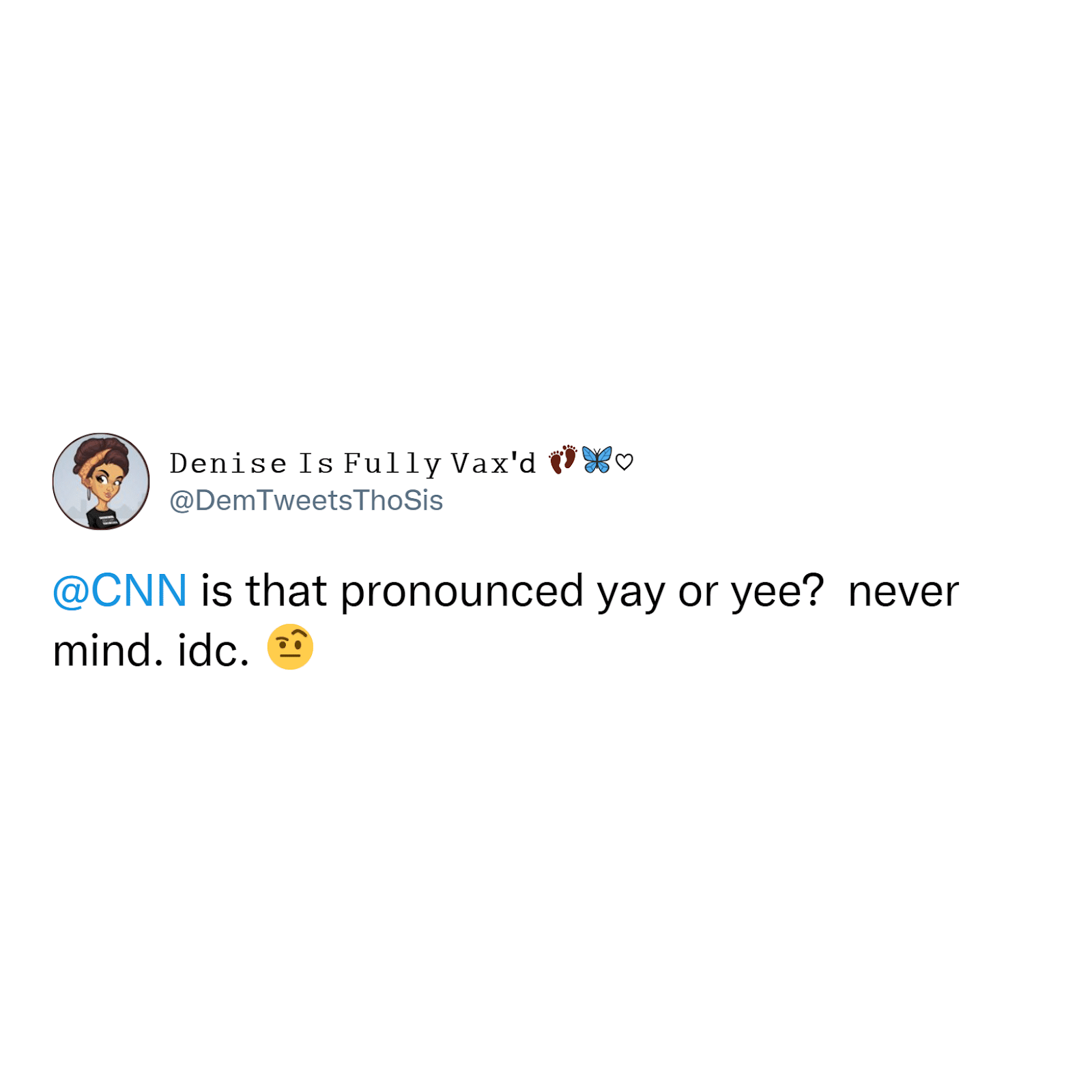 Others are concerned for Ye’s mental health and relevancy: Alongside his name change, Ye also got a few things going for him—one of which is his latest album, Donda, being released two months ago. He also got in a rather petty quarrel with Canadian rapper Drake who released his latest album, Certified Lover Boy, a week after Donda.

He and his soon-to-be-ex-wife, Kim Kardashian, is also under the limelight due to their recent filings for a divorce after being together for seven years.

Despite the plethora of controversies that Ye is facing, he is still Ye: The different, ostentatious, yet talented rapper—whoops, or not a rapper. Aside from that, Kanye West tweets on shirts, hoodies, and sweaters are some of the best collections we've got.

Spoiler alert: he has over 5 pages worth of tweets that you can wear right on your chest for the world to see.