The people aren’t going to stop asking for it, @jack. No matter what you say. 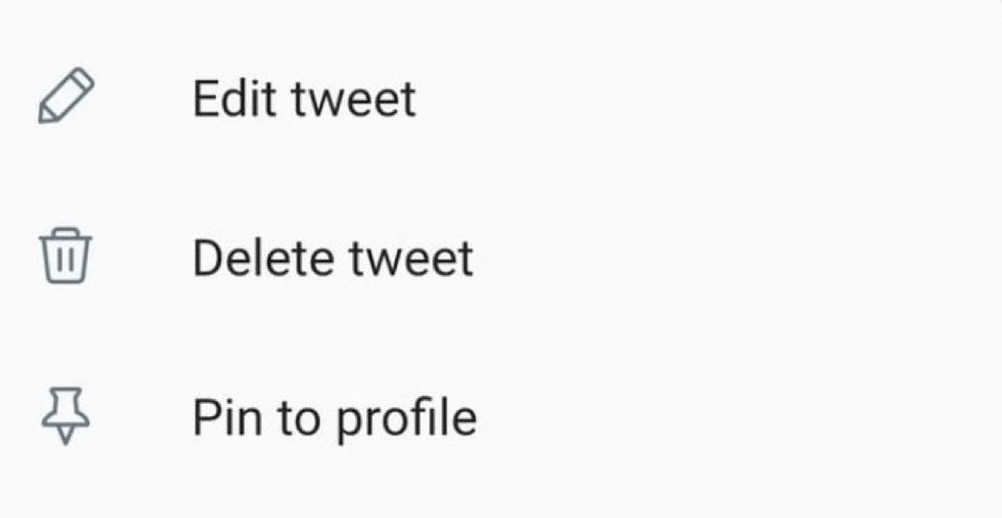 Ah, the Twitter edit button. The biggest feature that the Twitter community wants (and needs) since the beginning of time. Where is it and why is it not here yet? Well… this question has already been answered numerous times, not only by the Twitter team, but by Twitter CEO himself: Jack Dorsey. So why are people still asking for it? It’s either people who didn’t do their research or the majority who can’t move on and accept that they may never see that sweet edit button to correct their typos and misworded tweets. 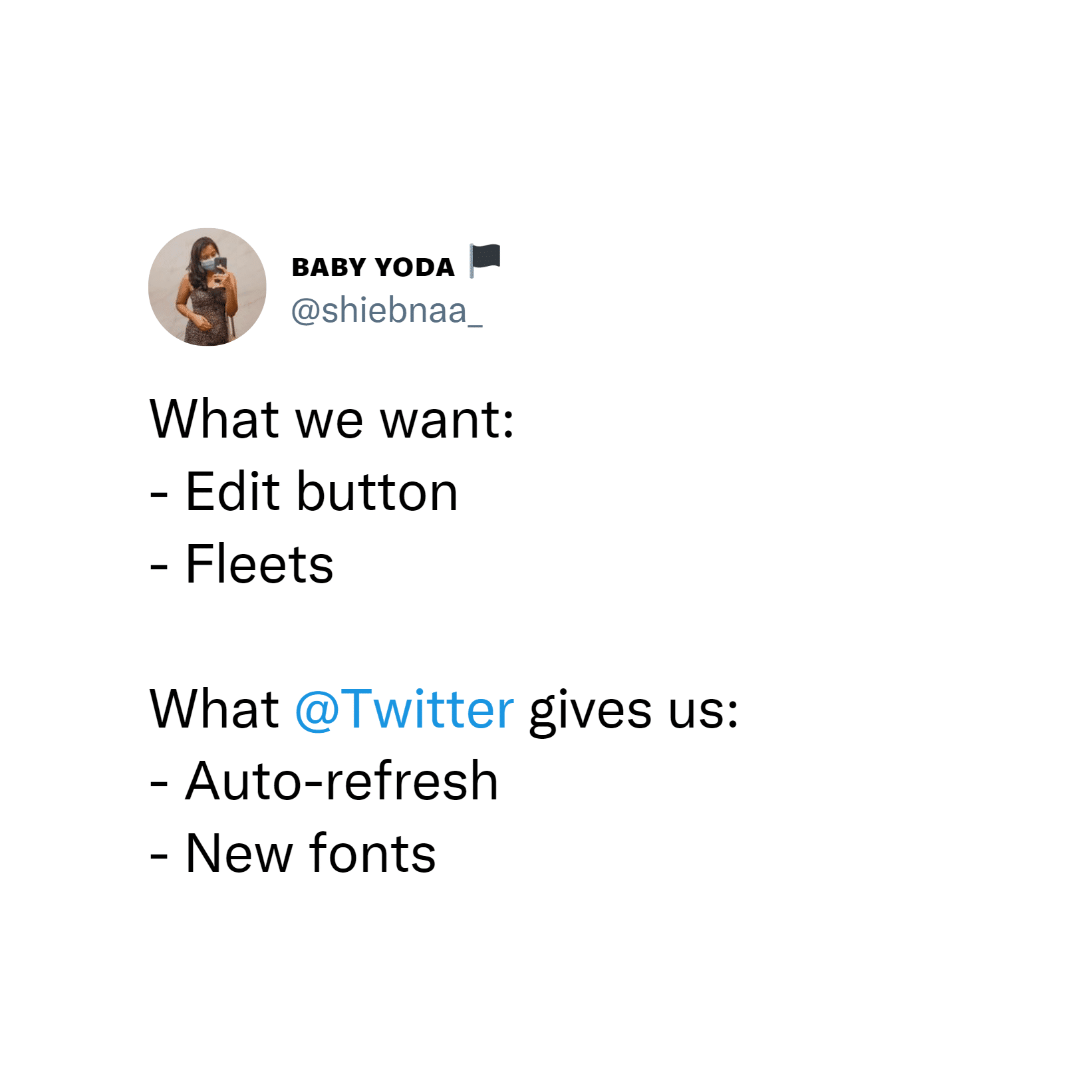 The Twitter edit button is a feature that millions of users have been demanding for years. Though there isn’t any exact date on when this plead began, there is a simple reason behind it: Twitter is a platform that is all about spontaneity. That's the very nature of Twitter. The platform is built around our very human need to communicate thoughts and ideas in the moment. Furthermore, Twitter is about being yourself—it's about expressing your opinions about everything from the new Spider-Man trailer to the current state of the world. We often say that Twitter is the "global town square," and we mean that quite literally. It's a place where the world comes to talk.

Imagine being in an IRL conversation and telling your friend that the new Spider-Man trailer was mid, only to take it back immediately and correct yourself that it was actually hype. It would make you look and sound weird, right? Anyways, enough analogies. Let's see what the big man behind the curtain has to say.

In a 2020 WIRED Tech Support interview, Jack Dorsey has already confirmed that Twitter will never get an edit button. His reasoning is that his vision of Twitter having the vibe of the past where you can’t unsend or edit text messages is something he wants to keep. It’s quite a controversial statement—so much so that it amassed 2.8k dislikes and the outcry of the Twitterverse. 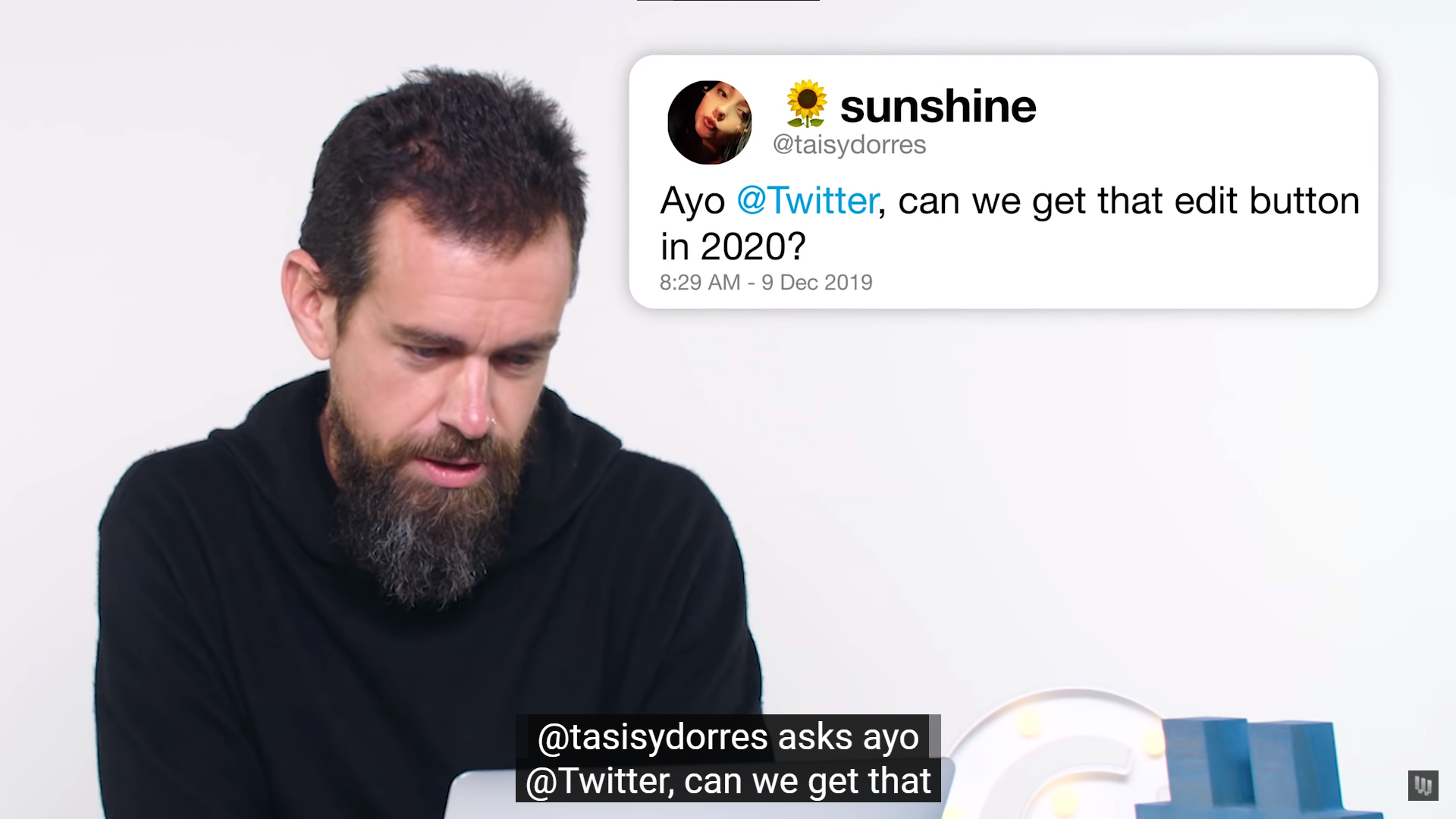 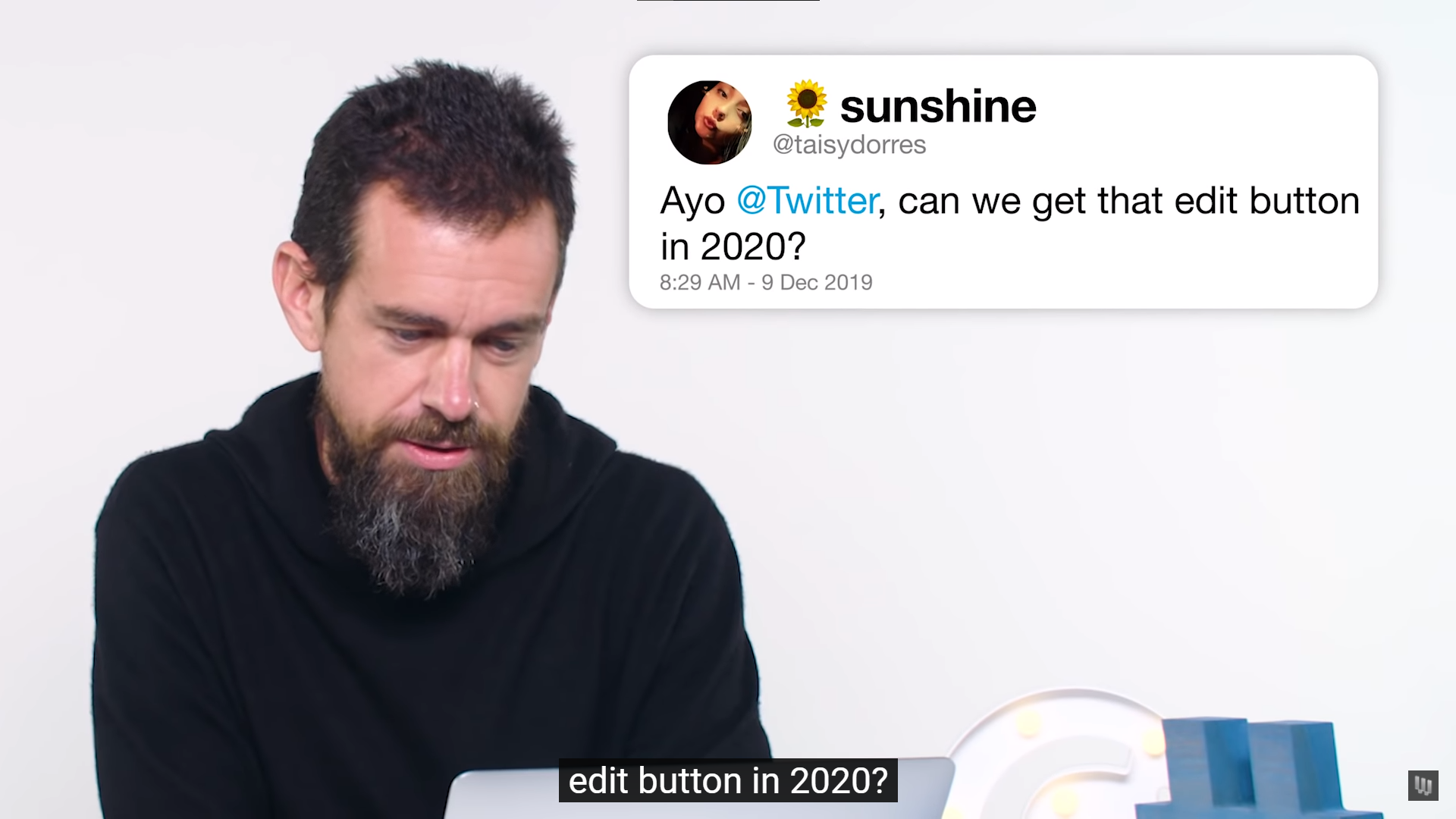 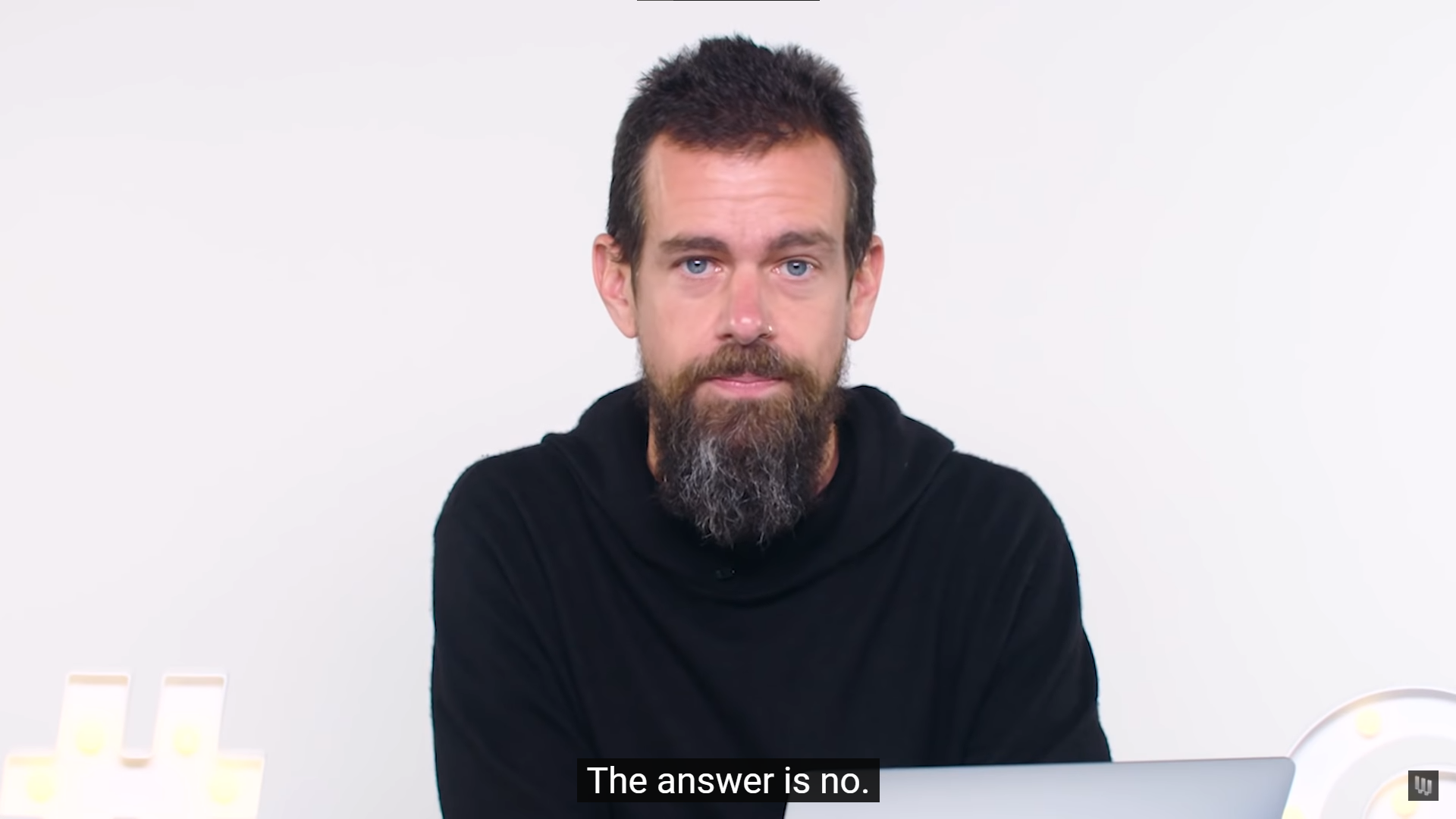 In addition to Jack's longing for tweet permanency, something we need to consider is how an edit button could fundamentally change how a tweet's engagement works. Basically, when someone from your timeline likes, retweets a tweet, or puts out a tweet their self, they're doing so at a specific point in time. If the author of the tweet were to edit it, the people who liked, retweeted, or just simply expanding the tweet, may not have otherwise interacted with the it because its core message had already been modified.

Does Jack have a point about wanting to keep tweets as raw and permanent as possible? That’s up to you to decide, but in current times where being spontaneous and impulsive is a rather common trait, an edit button is something that many can appreciate, whether it be celebrities, politicians, or the average Twitter user. 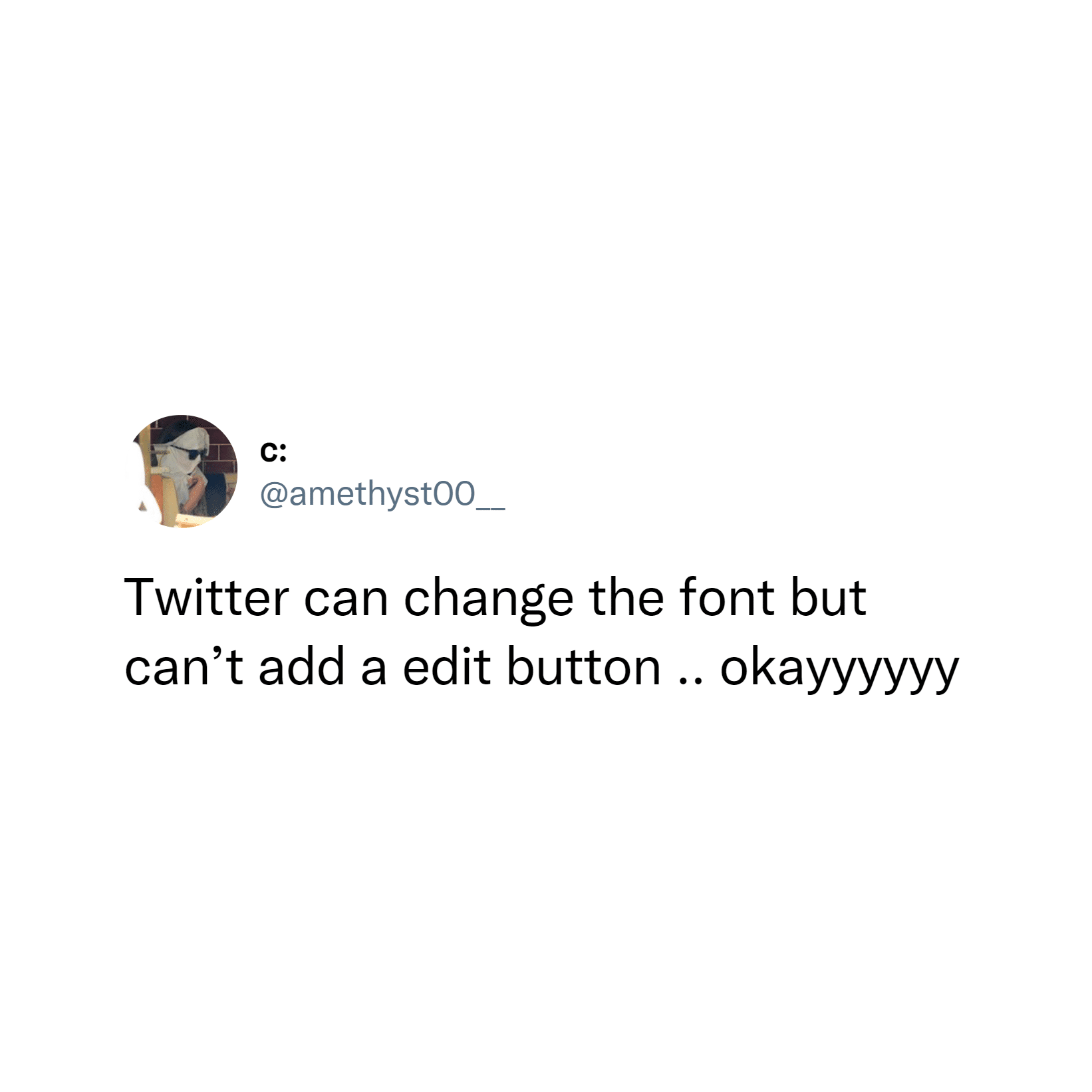 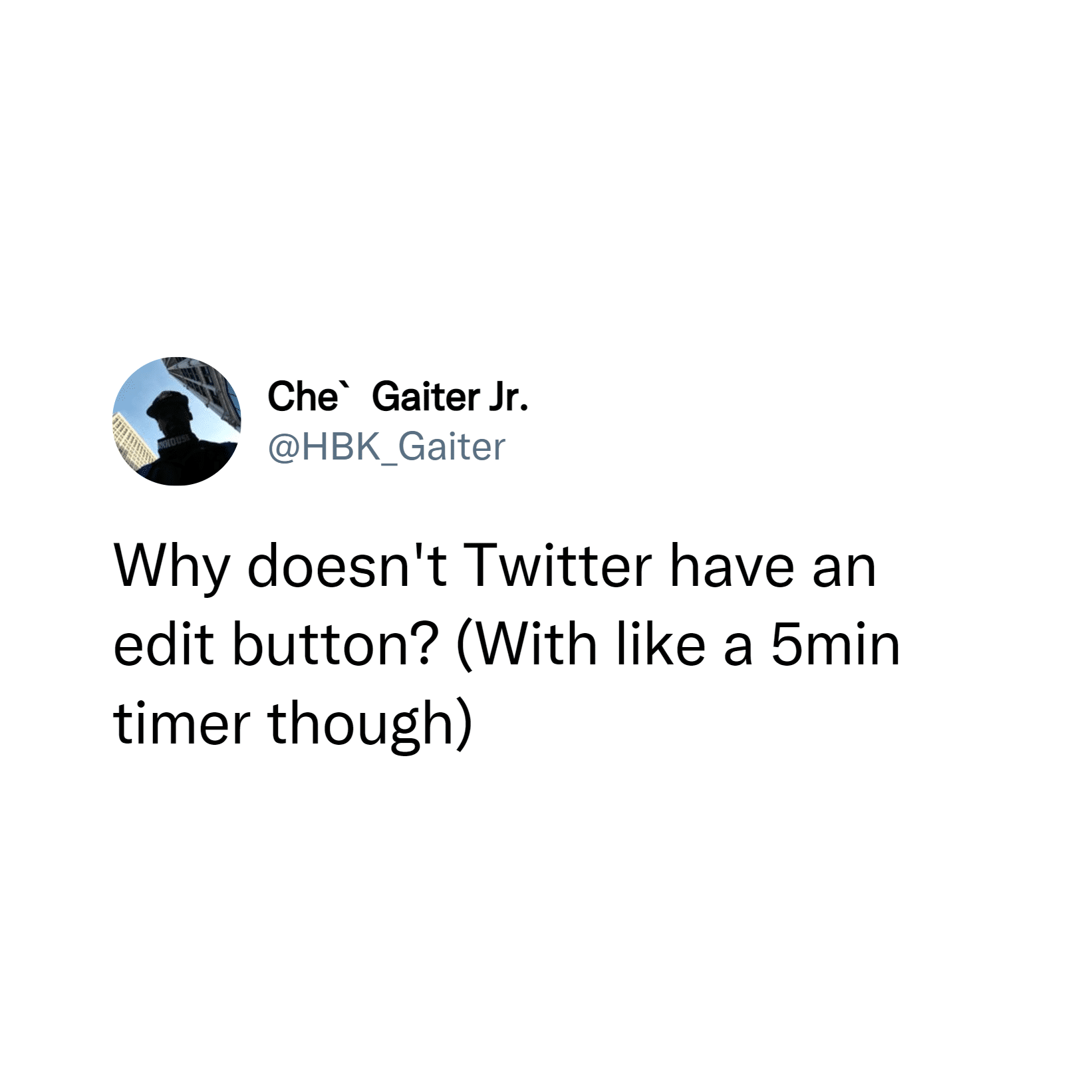 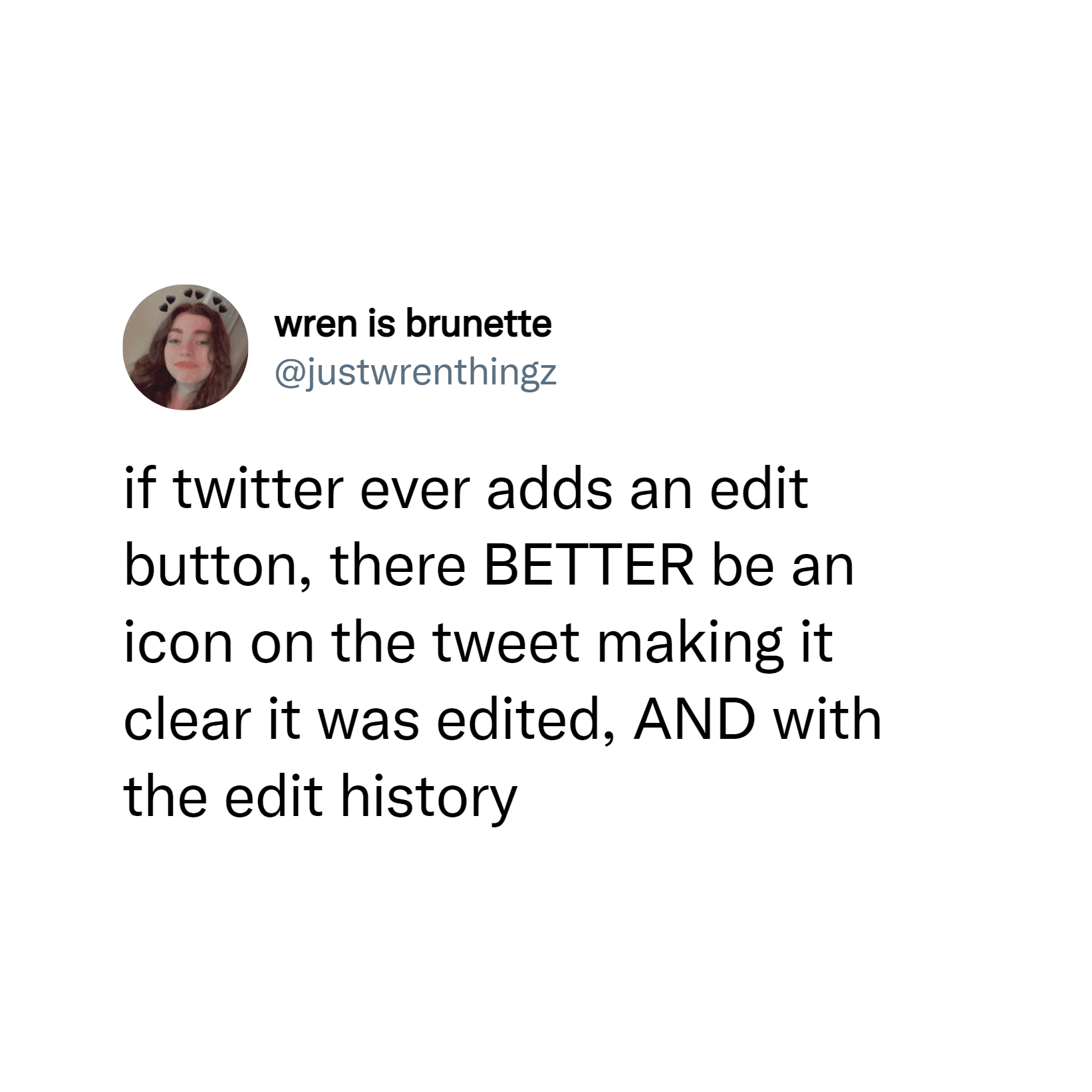 Since the protest for the edit button has been going on forever, several people have shared their thoughts on how to make it safe and friendly for the majority. An edit button accompanied by a changes history and a visual of what time and day it was edited are just a few of these suggestions.

Other people from the Twitter community have also suggested that the edit button should have an internal timer, and once that timer expires, the author may no longer edit their tweet. These suggested timers range from 10 minutes, 30 minutes, and some even argued 24 hours. They’re pretty cool concepts and ideas, but since Jack Dorsey is stern with his confirmation, it’s sad possible these ideas may never see the light of day.

Whatever Twitter’s decision for their platform’s future may be, the most important thing is that the essence of tweeting remains the same so that you can keep getting some of the drippiest shirts like these. Twitter has proven themselves to be a company that loves to experiment (looking at you, Fleets), so all this confirmation by Jack should be taken with a grain of salt. Sure, he is the CEO and the big man behind all of it, but once he finally sees the potential of the edit button and other quality of life changes, we may be seeing a Twitter that looks a little more typo-free, and less like r/boneappletea.
Do you think that the edit button is something the app needs? Or is it something you see that could be abused to a certain extent?
Share
Share on Facebook Tweet on Twitter Pin on Pinterest