14 Best Halloween Costumes That You Should Wear This 2021

With Halloween looming around, it’s time to go over some of the best, flashiest, and most popular costumes that our teen and Millennial readers should rock this 2021.

From pop culture references like Squid Game and Spider-Man to celebrities like Kanye (or preferably Ye) and Kim Kardashian’s 2021 Met Gala attire, here are 14 of the best Halloween costumes that you can surprise your friends and family with in 2021—rated according to popularity!

Although Among Us reached its peak popularity in 2020, it’s still one of the biggest games and largest source of memes out there.

If you’re still enjoying Among Us or constantly find yourself laughing at the infamous Amogus memes, then rocking a crewmate costume is right up your alley. 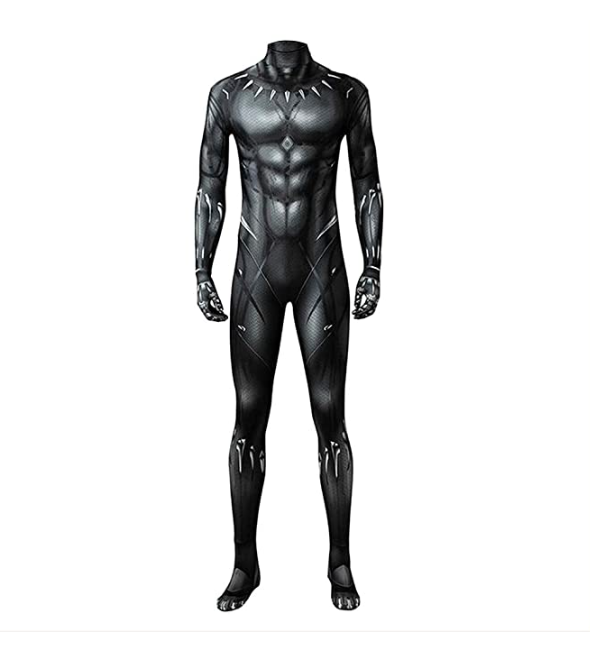 As one of the MCU’s biggest heroes around, Black Panther is still a popular choice for folks who want to cosplay as the swift and legendary King of Wakanda.

On top of that, Chadwick Boseman’s untimely passing in 2020 will also lead to people paying homage and tribute to the renowned actor by dressing up as T’Challa this year. 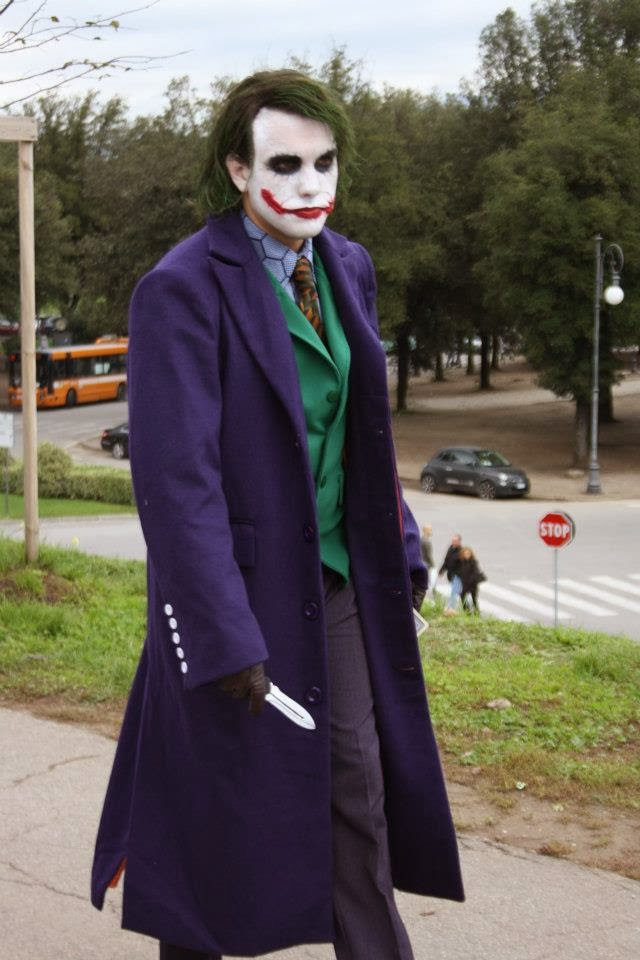 Joker has always been a fan favorite when it comes to Halloween costumes. It doesn’t really matter what year it is or whether how many years it has been since a major Joker film has been released—you are bound to see someone rocking a Joker outfit. 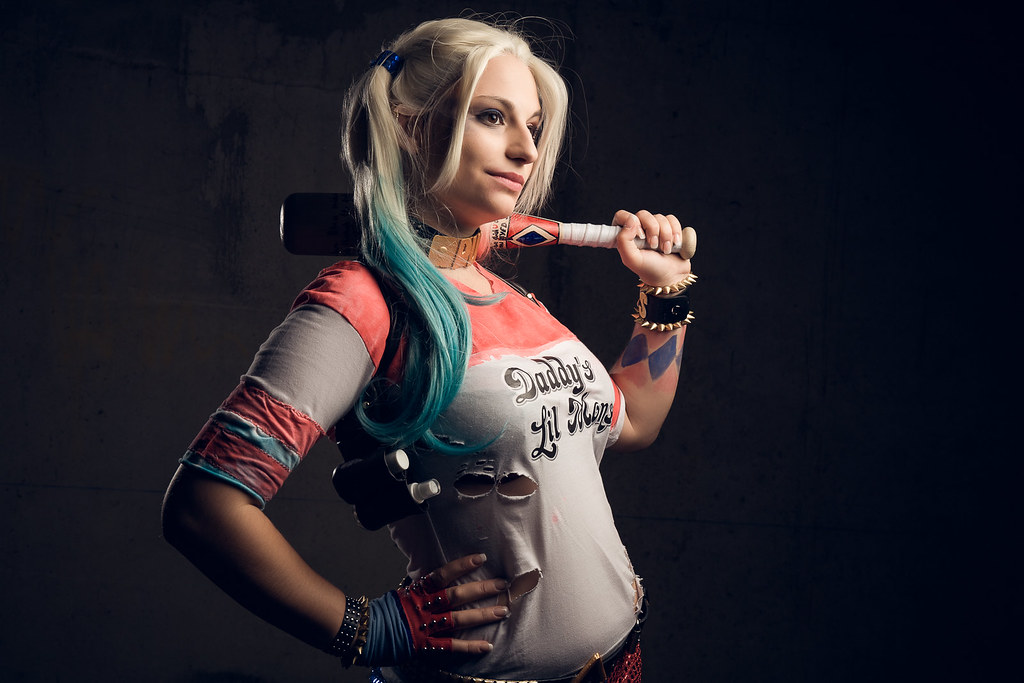 Following Joker is none other than Harley Quinn herself. Just like Joker, Harley Quinn is that character that doesn’t seem to get a rest no matter what year it is.

Seeing that her most recent film was just 2020’s Birds of Prey, she might see a surge in popularity again in 2021. 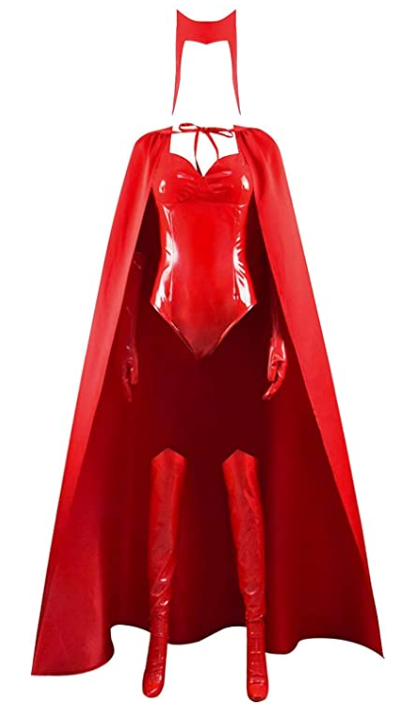 This one’s for the folks who have finished Wanda Maximoff’s standalone series WandaVision, where we see MCU’s version of Wanda pay tribute to the comic’s Scarlet Witch aesthetic. 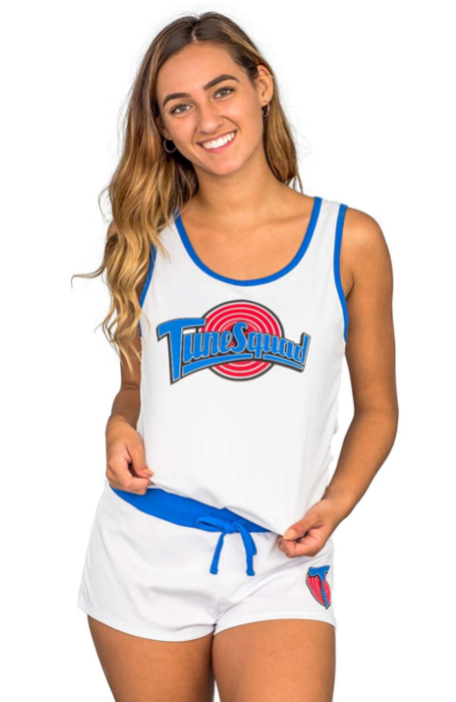 Thanks to Space Jam 2’s huge box office success, we may see a resurgence in one of its notable characters—Lola Bunny, in terms of popularity for Halloween costumes. Because of that, 2021 is the perfect year to rep the Tune Squad out in the real world. 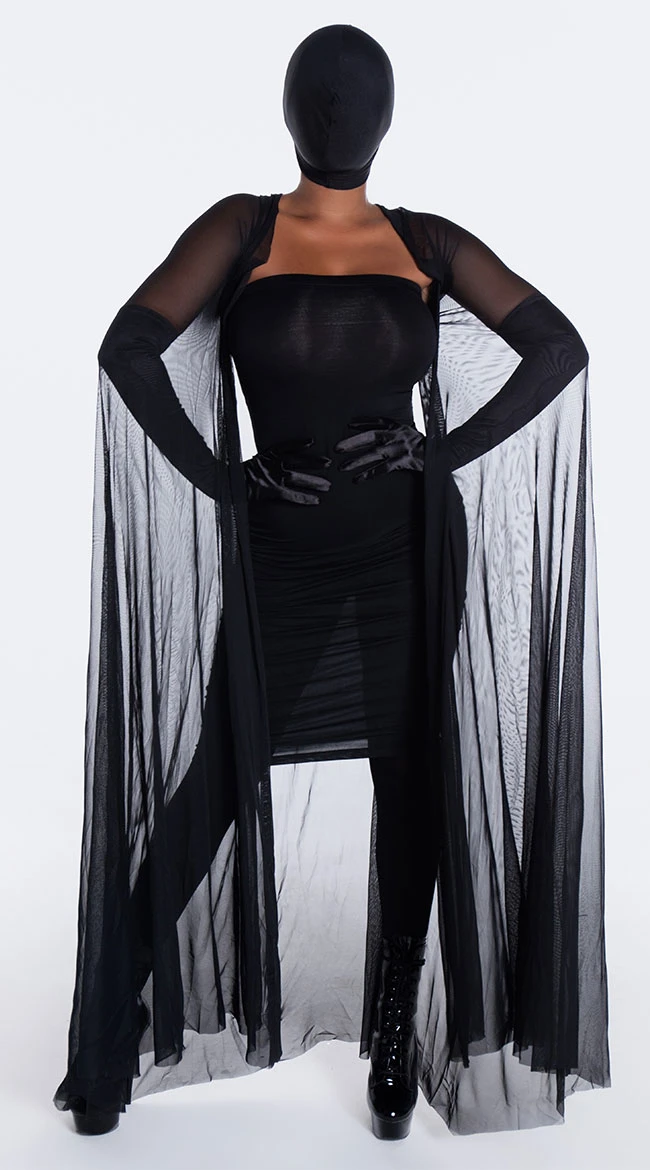 To say Kim Kardashian wore the most iconic dress at this year's Met Gala is an understatement. Her all-black ensemble, created by Balenciaga creative director Demna Gvasalia, is still making headlines.

7. The queen of chess: Beth Harmon 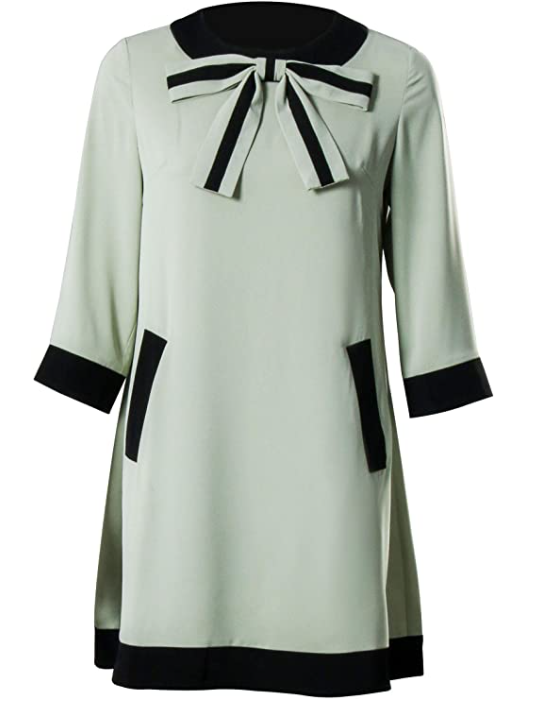 Although The Queen’s Gambit was released in 2020, it was released exactly seven days before last year’s Halloween—giving its fans no time to wait for a costume to pop up on Amazon or at their favorite stores.

Fortunately for this year’s Halloween, there is an abundance of Beth Harmon outfits and cosplay material for the diehard fans of the Netflix Chess series. 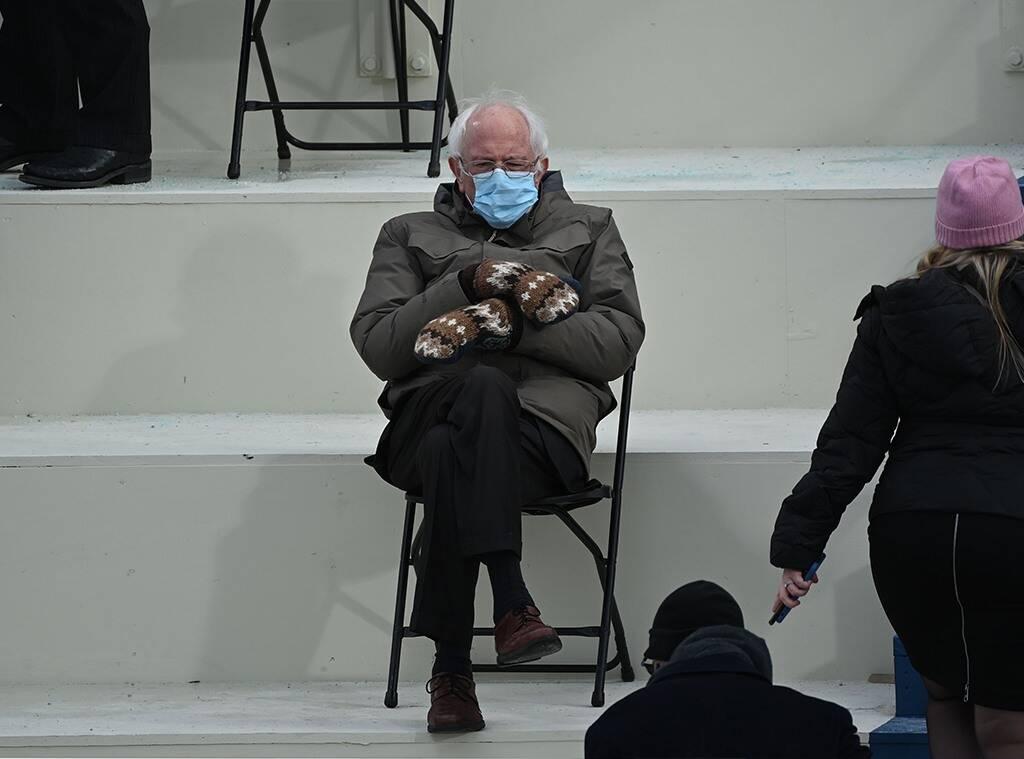 We just can’t resist not including this on the list. This photo of Bernie Sanders at the 2021 Presidential Inauguration is his most iconic one yet, and it shows how his demeanor and posture say so much about his mood.

If you ain’t sitting on a chair while crossing your legs like Bernie for this year’s Halloween, then you’re doing something wrong. 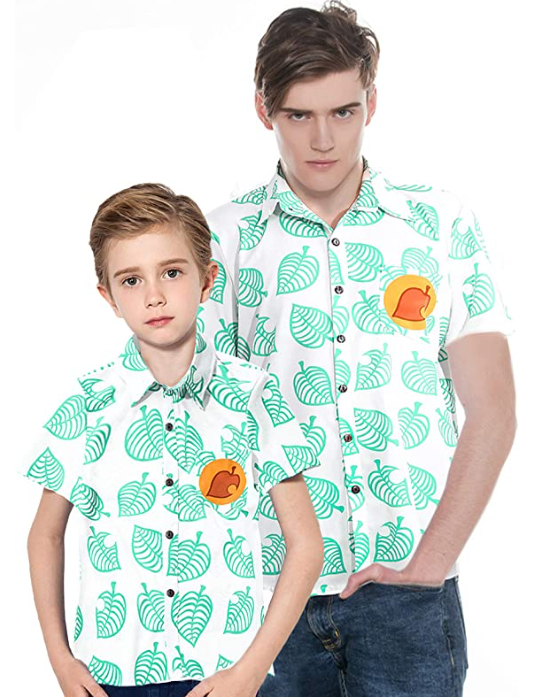 Animal Crossing is one of the most popular video game series out there for its quirky characters and relaxing gameplay. It saw a massive boost in popularity and relevancy from its 2020 release for the Nintendo Switch, Animal Crossing: New Horizons.

If you’ve played at least one game in the series, then you’re definitely familiar with Tom Nook’s simple button-up shirt and summer shorts. Who says you can’t be in a summer mood while at a Halloween party? 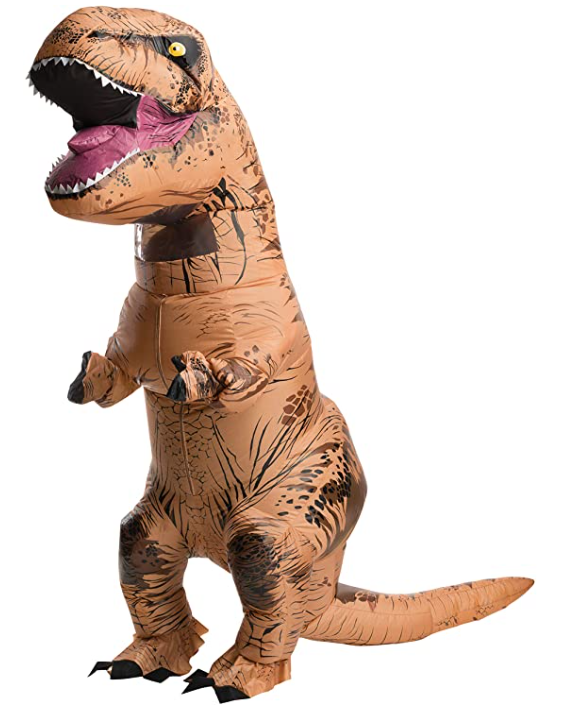 You’ve probably seen one of these already, but it never really gets old. It’s just so random and silly to see an inflatable Dinosaur out of nowhere, and that tradition still continues in 2021.

Still the #1 Best Seller in Amazon’s “Men’s Costume” category, this inflatable suit is a must grab if you just want to make the people around you laugh for its randomness! 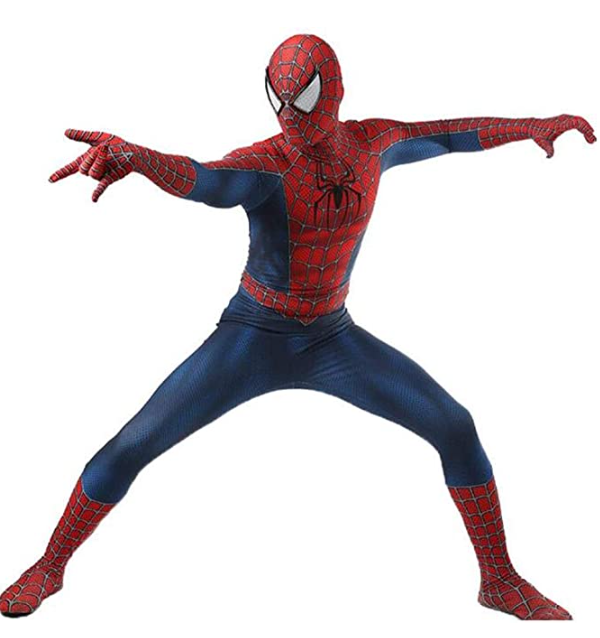 Does Spider-Man still need an introduction? With Spider-Man: No Way Home around the corner and PS5’s Spider-Man: Miles Morales cementing the character’s identity in the video game industry, it’s needless to say that he’s going to be one of the most popular picks this year.

The good thing is that kids and teens alike can wear a Spider-Man costume without looking like there’s a generational gap, so get ready to web-swing with your sibling in a Spider-Man suit this Halloween! 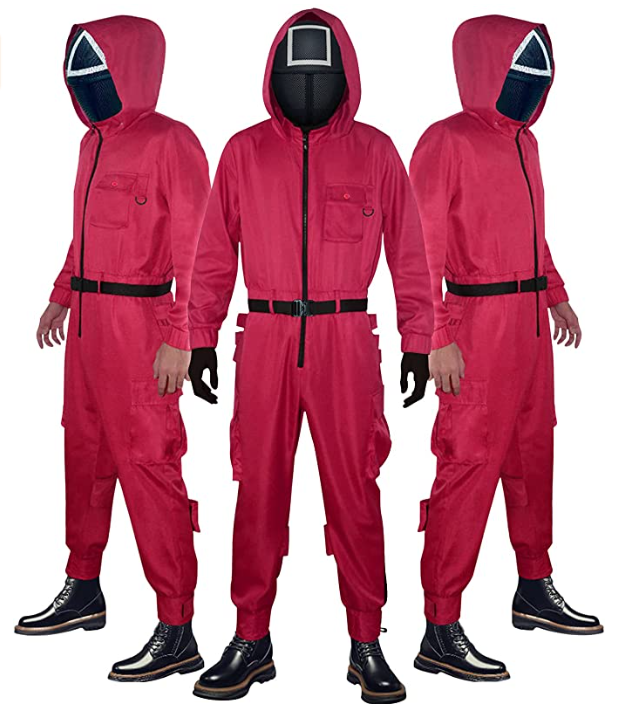 Securing the number second spot on the list is, you guessed it: Squid Game! Due to its insane numbers and record-breaking viewership, it has become one of the most popular pop culture references and TV shows in 2021—and for (or four) good reasons that we talked about briefly here.

The cool thing with Squid Game is that there are so many options to choose from when it comes to costumes. There’s a costume for the players, for the guards, for the Front Man, and many more. It’s all up to you which one you’re going to represent this Halloween, but we really think that the Front Man’s look is so clean yet mysterious.

1. An iconic tweet that embodies your mood during Halloween 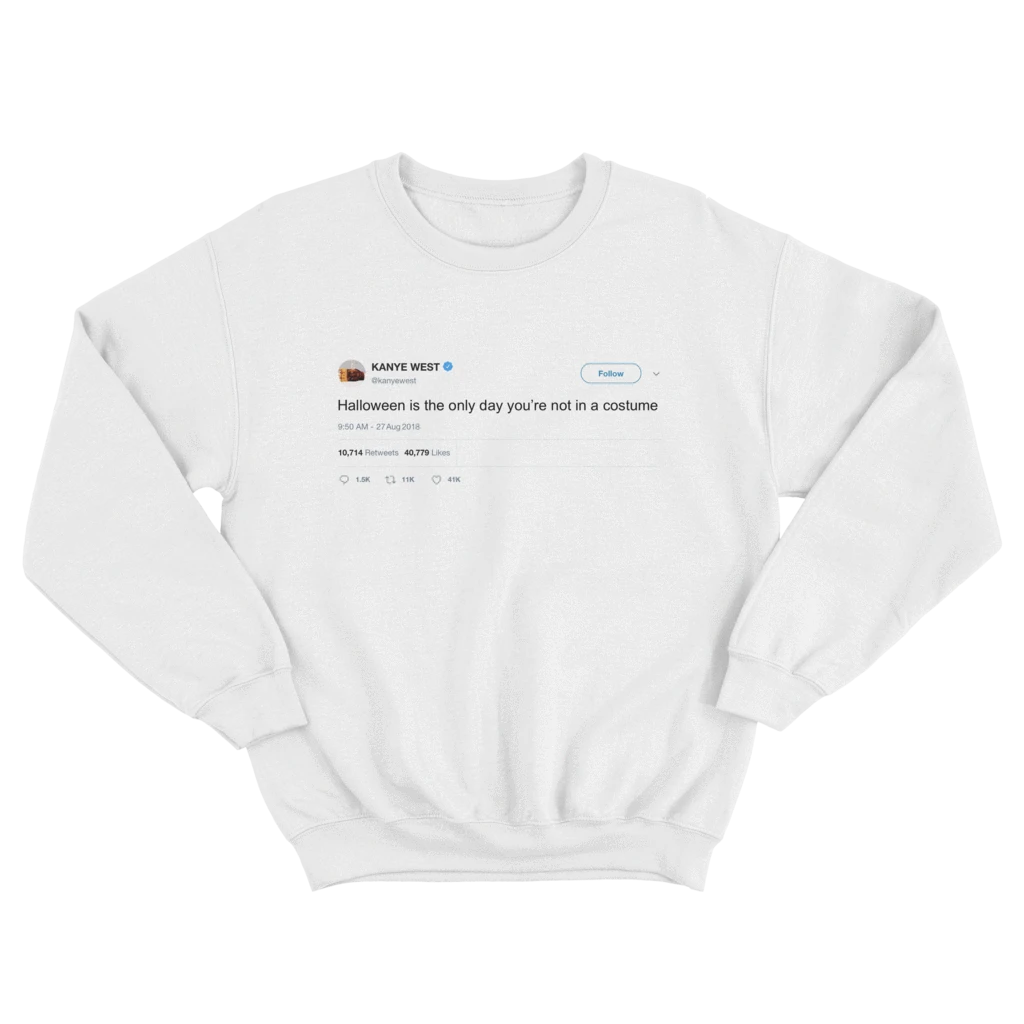 Alas, our top pick for the best Halloween costume this 2021 is none other than Tee Tweets' high-quality tees, hoodies, and sweatshirts that you can slap a tweet on as costumes. What makes our tops the best Halloween costume out there is that it's not a top that you can only wear during Halloween—it's perfect for Christmas, New Years, Valentine's, Thanksgiving, or really whenever you want. A tee for the Mondays you hate? We got you. Or how about a hoodie for your Friday night outs? We also have that too.

Just make sure to find a tweet that embodies your Halloween mood like this one from our Kanye collection. Happy Halloween!